Andrew Taylor set out on the ultimate mountain bike road trip adventure, seeking to ride in all 48 continental US states. Video camera in tow, Andrew showcases the incredible riding that can be found all over the USA. Singletracks will post regular updates from Andrew as he completes his trip!

The Willimantic skatepark and dirt jumps were the first stop for us in Connecticut. From there we spent a couple of days with with my childhood buddy Mike and his family in Old Saybrook. We got hit with a ton of rain while we were in Connecticut so once the sun finally came out we made our way out to Indian Ledge for a rip with Wayne Devingo and Bob Marcks.

All the crazy weather during fall time finally worked in our favor. The Trick or Creek jump jam at Mountain Creek Bike Park was postponed by a week, so we decided that would be the first stop in New Jersey. From Mountain Creek we headed over to the Jungle Habitat with the trail boss himself, Jeff Lenosky, for a solid day exploring the old abandoned safari theme park.

After a few weeks on the road with Jeff Watts, I made my way into Boston to drop him off at the airport. Shortly after I picked up Lila Scott to join me for the next handful of states. From there we made our way to the Lynn Woods trails to meet up with Owen Hafferty for some cool, rocky riding. Before getting shut down by the rain we made our way over to the Vietnam trails where we ran into Fausto Benavidas on the trails for a couple of quick laps.

After riding the Diamond Hill trails, we had a night session on Halloween with BMX shredder Mathew Tavares at the K-Rob Foundation skate park in Providence. After riding and talking with Matt he told us about some jumps not far away at the Roger Williams park, so we finished our time with a fun session on the pump track and jumps before heading to Connecticut. 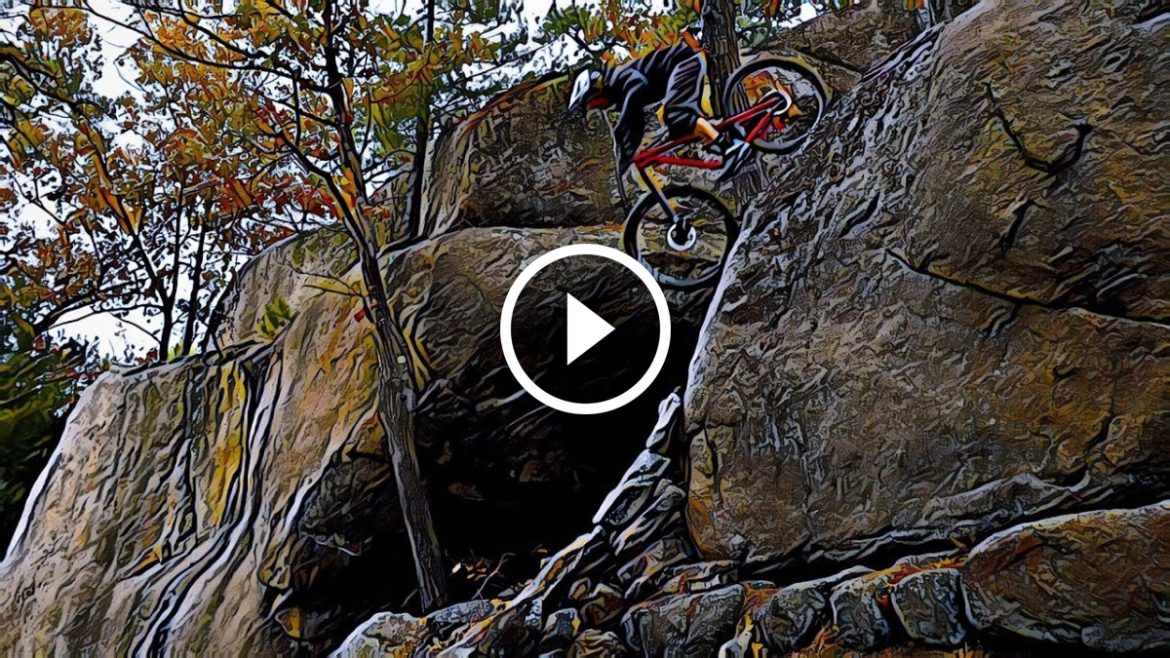