“On Saturday, March 19th, Matt Macduff sustained a terrible fall attempting to make his way around the Loop Of Doom. After over 3 year of research, determination, and hard work, Matt managed to find everything he needed to make his project happen.

Built in a month at the Garden Route Trail Park in South Africa, the gigantic structure rises up to 40 ft. in the sky. The crash left him with 10 fractures in his right wrist and 3 fractures in his right ankle. The story behind his stunt is as impactful as the structure itself. A real story of determination. After spending a week in a South African hospital, Matt is now home in Ontario, working on his rehabilitation. Just as he started to walk again, we catched up with him to get his version of this incredible story.” -The Rise 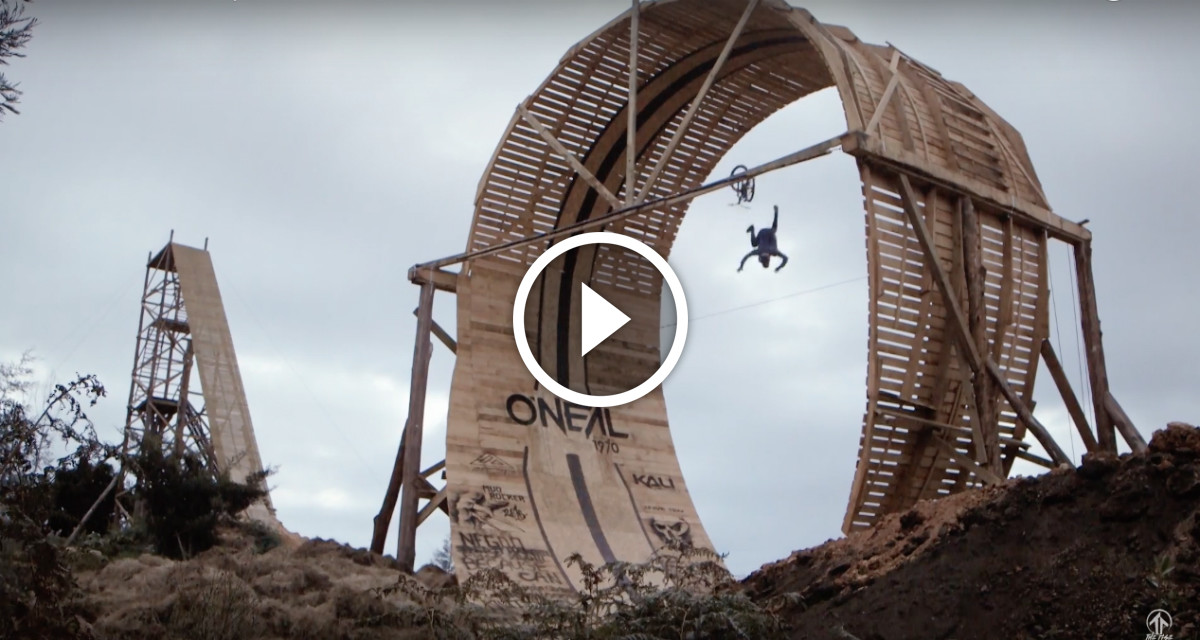 Does nobody else think this was a bad idea from the get-go?!

I’m with you Greg… bad idea. I have to wonder, was the math checked on this? Speed, inertia, deceleration….

We’ve all seen motorized vehicles do this sort of stunt. But they all have the benefit of maintaining speed and acceleration at the rate required. You can only pedal a bike so fast.

Wow. What happened? I’m definitely interested in knowing, but also feeling a little sick that sponsors are seizing this accident as a multi-part marketing opportunity. Then again, maybe this is the best way to help Matt (financially) with his recovery.

I was thinking something similar, seeing that this video was just released yesterday about a crash from March. Seems like they were obviously already filming it, and decided they needed to release something to recoup some of the production costs and (hopefully) pay the people involved.

Could be an interesting study in “what happens when a film goes wrong.”

Are they using the same lead-in ramp from the recent Pure Darkness 3 video? Was thinking it looked similar and both were filmed in South Africa…

No back up riders just in case?

Looks like he may have not had enough speed to hold him in the loop upside down. Takes courage to try this.

Greg. Maybe you could try it ? He he

I wonder what that feels like when you are at the top of the loop and you start to fall ?

That depends on how many special mushrooms you had for breakfast…