Apparently Boston bike commuters are supremely dedicated. When they awoke to find a local bike path blocked by a 15-foot-tall plowed-in pile of snow, instead of just finding a different route around they decided to dig a 40-foot tunnel straight through the obstruction. Yes, maybe they just had a lot of time on their hands since school and many jobs were shut down, but either way it makes for a cool video clip. 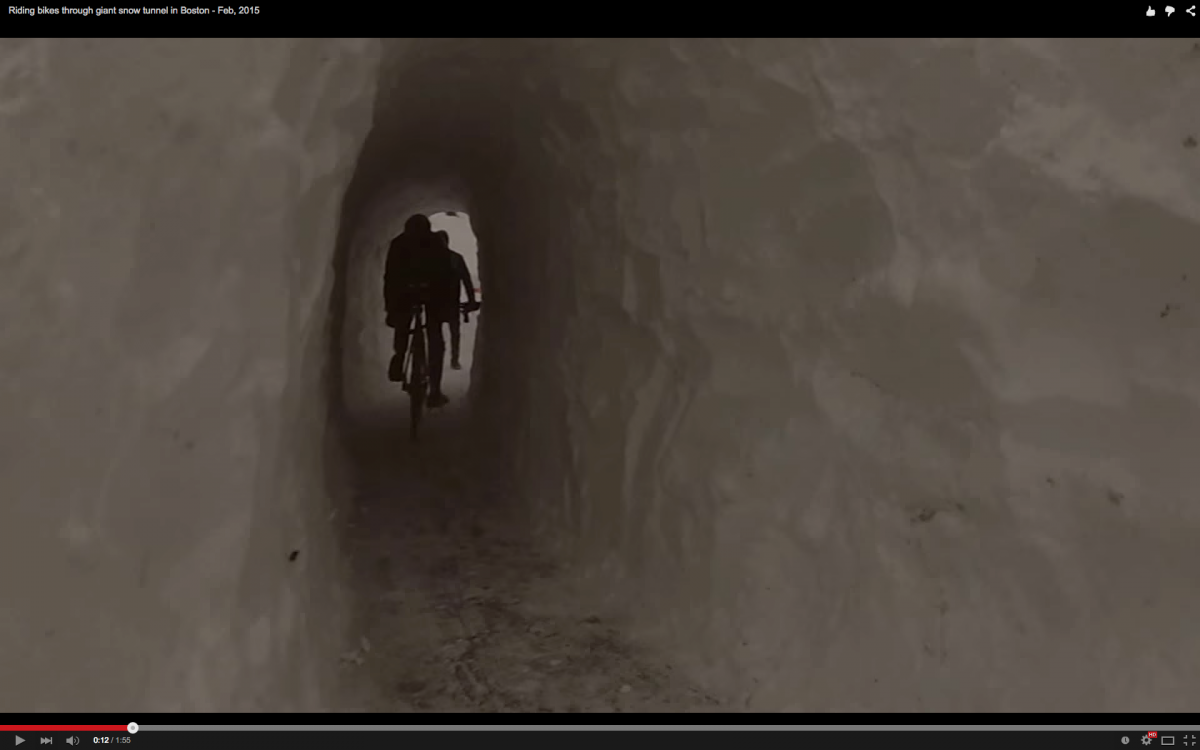 Gear
Quick Question: What Can I do When a Rim Gets...
Trails
Pack Creek Fire Shuts Down Whole Enchilada Access and Threatens...
Gear
First Ride on the Ducati TK-01 RR Electric MTB
Community
'Aren't You Going to Get Scars? And Won't That Ruin...
Subscribe
Login
Please login to comment
1 Comment
Most Voted
Newest Oldest
Inline Feedbacks
View all comments

Get a fat bike and just ride over the snow. 🙂