Nerves, wind and weather ruled the Red Bull Rampage qualifiers on Friday, as competitors attempted to earn a coveted spot in the finals with their first runs. Szymon Godziek flipped the canyon gap, Tom van Steenbergen flowed the whole mountain with style, and Brett Rheeder showed everyone that slopestyle riders know how to shred the desert, too.

There were some big crashes — most notably Graham Agassiz’s huge cliff drop and Nick Rogatkin’s bike tomahawk — but overall it was a safe, action-packed day of riding.

Unfortunately, there are few things that can stop a Rampage rider in his tracks – bad weather is one of them. Four competitors were able to squeak in second runs before the show was put on weather hold when torrential rain hit, and lightning eventually sent everyone home.

After a strong bout of weather late Friday night the hold continues today, with dark clouds lingering. Hopefully, the remaining second runs will be completed today. 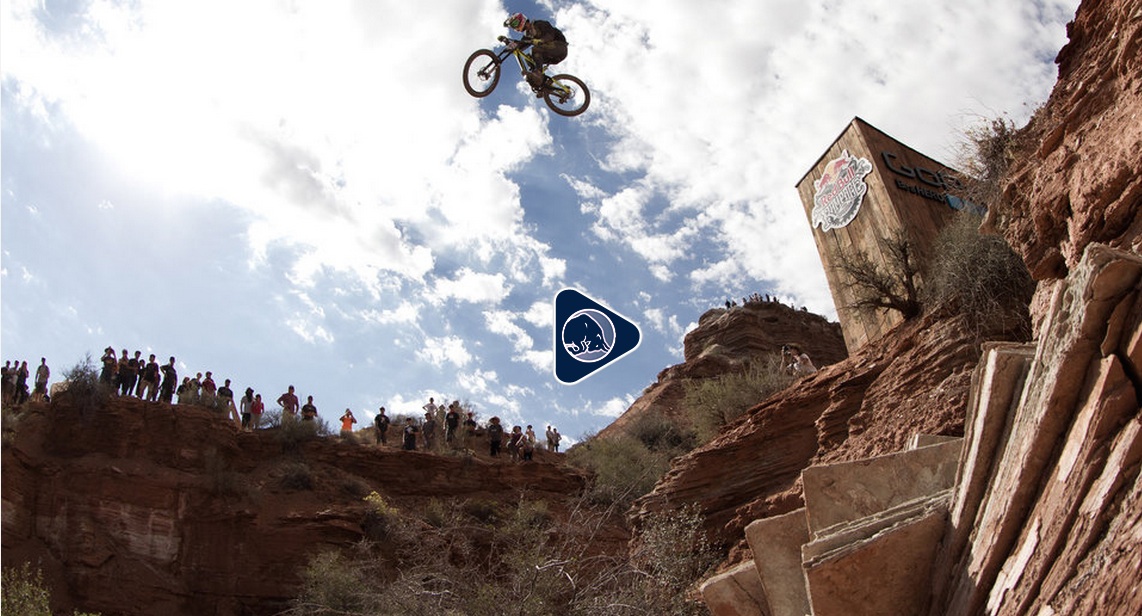