Empire from Gary Thomas on Vimeo.

It’s Genghis Khan and the thoughts of him founding the largest empire in the worlds history that enter your mind when you think of Mongolia. A huge empty land, rarely visited, an exotic unknown that conjures up images of ancient times and fearsome conquests.

A land that will make you feel small, tiny in the midst of its vastness. Where the locals are strong and proud, and whose hospitality is legendary. They’ve conquered this tough environment, surviving here amongst the harsh seasons that make up the rhythm of life on the steppe. This is a land where the word freedom has a real sense of its meaning, not just a fashionable word used to describe our weekends.

We discovered a unique and breathtaking place to ride our bikes. Where it often seems that the only limits are in our minds. You don’t need to plan a route or follow a trail. You can just sense your own way through this never-ending landscape. You can start to imagine your own empire. One ruled by the freedom to ride wherever you want…. No man rules here, just mother nature. It’s seems like a paradise, and it is.

Shot in the Orkhon Valley in Mongolia, August 2015

Shot using a Canon DSLR, a Go-Pro 4 flying with a DJI Phantom, and some shots with a Sony FX 700. 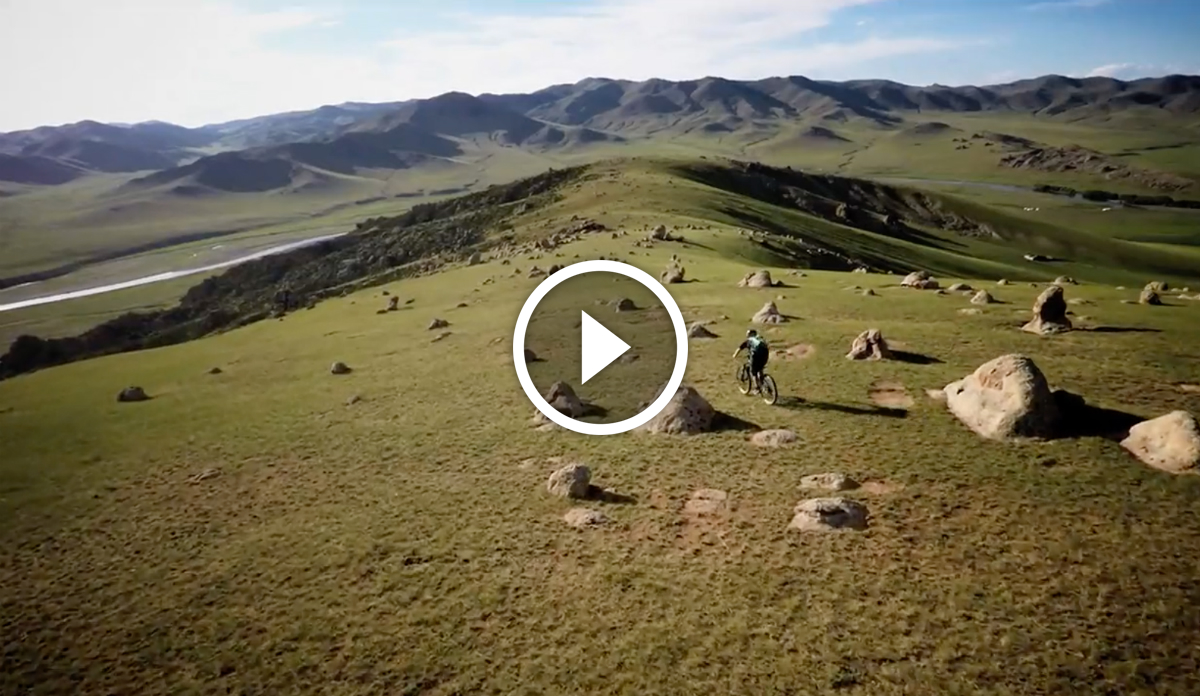 Sponsored
MTB Deals: Up to 40% Off Tires and Components at...
Beginners
What is the Noisiest Part on Your Mountain Bike?
Opinion
How to Read Mountain Bike Gear Reviews: A Writer's Perspective
Repair
MTB Lube Theory: Which Oil or Grease Goes Where? We...
Subscribe
Login
Please login to comment
1 Comment
Most Voted
Newest Oldest
Inline Feedbacks
View all comments

Great representation of some of the riding in Mongolia. It is really cool to blast down long slopes on whatever line you choose. Awesome combination of speed and freedom. There are also endless opportunities on large forested mountain slopes to explore and ride narrow single track and old two track (not double wide) with rewards of downhills 1-5 miles long. Trails which a bike has never touched. These trails were never made for bikes and are not groomed, but they are awesome — old rugged trails screaming for a modern, lightweight full suspension mtb. Just as an aside, if you ever get serious about coming to Mongolia and riding, don’t get sucked into a local tour company. They are good for many things, but not mountain biking. These companies promote mountain biking now, but all the riding is on the main dirt roads. Nearly all the riding they provide is long boring riding on these roads that follow the bottoms of the vast open valleys of the country. Hopefully someday they will change and up their game, but they haven’t yet. So you must come and define your own game … … which is pretty cool actually.