Danny MacAskill is at it again, taking his loop trick, originally seen in Imaginate, in front of millions of people in a Microsoft commercial promoting Cortana, the Microsoft Lumia phone’s personal assistant.

While I love Danny and I’m stoked to see big companies getting involved in the world of biking, I just have to ask: at what point do you pass the sponsorship level and reach the “sell out” point? With a recent video at the Playboy Mansion that featured relatively lackluster tricks (by Danny’s standards) and focused more on boobs than bikes, to recreating a trick that he’s already more than mastered in conjunction with a product that’s only loosely-related, are we witnessing Danny MacAskill slowly sell out?

Now, with the amount of money that he probably pocketed thanks to this commercial, I can’t really blame him. Heck, if I was that good, would I do anything different? And to his credit, he just recently put out an absolutely stunning movie featuring mountain biking on the Island of Skye.

But what do you think: is Danny selling out on us, or is he just making money where he can by going outside of an industry that’s chronically strapped for cash? Chime in in the comments section below! 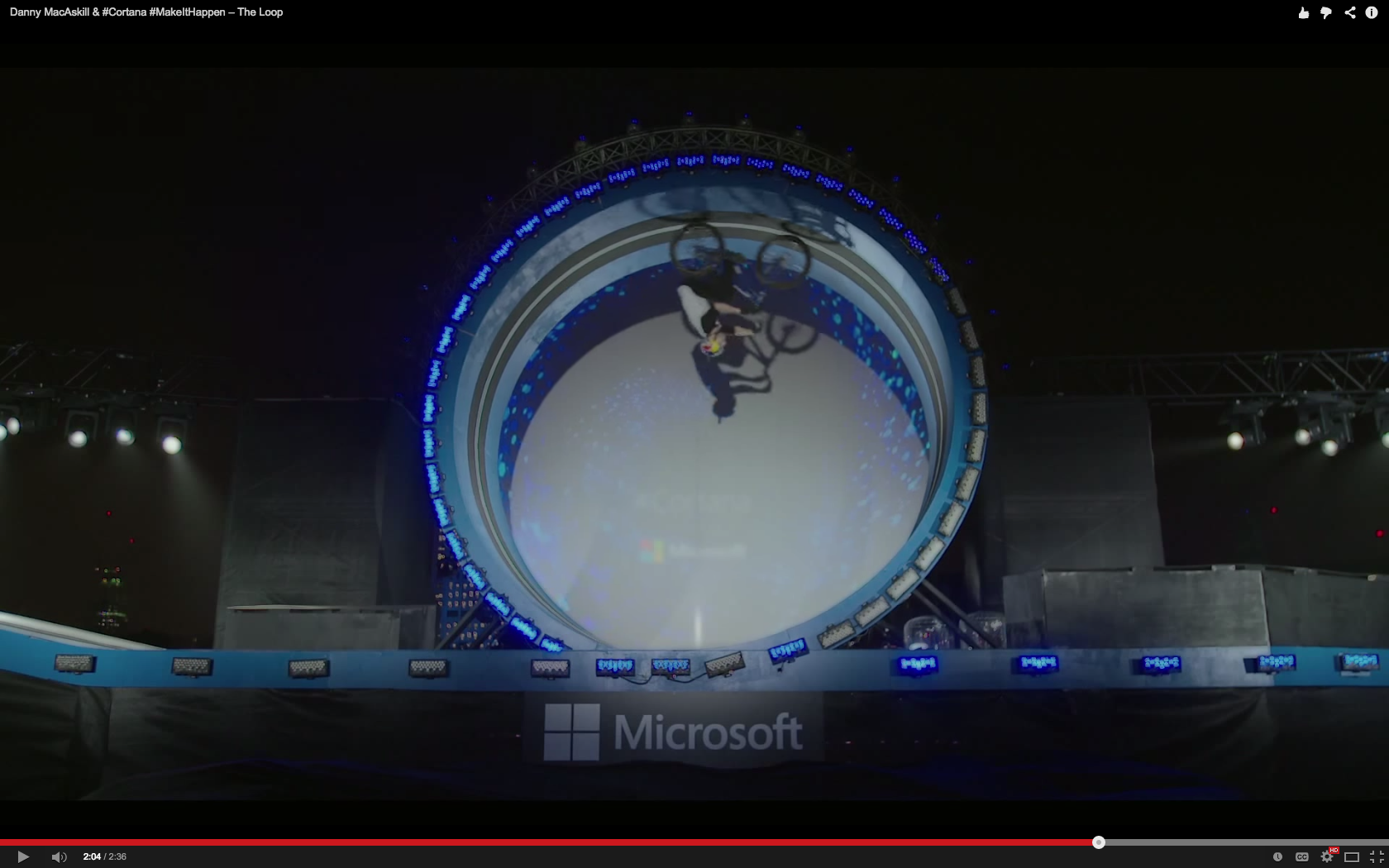 I’m not a big Microsoft fan but I got no problem with Danny Mac making a little chedda. Dude puts his body on the line and needs to build up some cash for when he’s too old or broken to keep going!

I do agree with you about the Playboy video though–that was lame.

Yeah let the man make hay while the sun shines. Who knows how long his body will hold up? Give ’em hell, Danny!

For me being a sell out means forsaking what you love for some other goal (money, fame, etc). Lionel Ritchie said he’d much rather keep making the heavy funk of the early Commodores than more syrupy ballads for the mindless masses, but that’s exactly what he did. I don’t criticize his decision as it was his to make, but that to me is the very definition of a sell out. As far as I know, Danny continues to ride at a high level and inspire many with his skills. Now, if he became a roadie to get chicks, then that would be another story.

He rides for Red Bull, he already sold out. “It does what it’s told”. He is a professional and professionals make money off their profession. This commercial will bring more money and more YouTube hits. Danny’s pleasure is his income, most of us could be highly jealous of that fact alone. If I had the opportunity to take full advantage of Gates’s Billions, I wouldn’t hesitate!

Wait?! Roadies get chicks?? I’m not a fan of MS either. Especially this product which is clearly a Siri rip off. But… It’s good to see a mtb rider actually get some time in the limelight. Our sport needs more recognition. It truly is one of the most difficult and challenging sports there is.