We love watching mountain bike videos online, but sometimes 5 minute edits are just too short and leave us wanting more! With that in mind, here are 10 great, full-length mountain bike films you can stream on Amazon Prime, YouTube, and RedBull.tv right now. If you have a Roku Streaming Player, you can even watch these on your TV (Redbull has their own Roku app/channel).

Note: last year when we published this list there were several MTB videos available for streaming on Netflix. Unfortunately, none of them are currently available, and we couldn’t find any new ones to take their places. 🙁

The mountain bike films available for free to Amazon Prime members aren’t super current (all on this list were released from 2006-2010), but we still found a few gems worth watching!

Roam is one of the earliest films on this list to tackle the “ride a bunch of trails in stunning locations” model for a movie, and the results are fun to watch. Starring riders Andrew Shandro and Thomas Vanderham.

This freeride film stars riders Andrew Shandro and Dave Watson as they explore the boundaries of the sport.

This is a New Zealand mountain bike movie and in my opinion, it has the best title of any MTB film ever made. In addition to the lines, the production quality of this film is sketchy as well, but it’s still fun to watch.

Ok, so you can probably find bootleg copies of pretty much any MTB film you want on YouTube, but we’re only linking legitimately-posted feature-length (in the case of MTB films, 30+ minute) movies. Bonus: you don’t even have to leave this article to watch these videos in their entirety!

This mountain bike film has had more than 2.2 million views since it was posted in 2013, and with good reason. With a cast of more than a dozen pro riders, this is a fast-paced video that’s fun to watch.

Mountain Biking Around the World

With a generic title like this, you might expect mediocre riding and visuals… but you would be wrong! This film mixes urban downhill riding with park tricks and natural terrain singletrack slaying for a entertaining 30-minute ride.

Path Finder is an MTB film sponsored by Polish mountain bike brand KROSS, and it features some pretty epic riding and scenery. Great cinematography as well!

In case you hadn’t noticed, Redbull has become a major force in mountain bike filmmaking, and the production company doesn’t limit itself to event coverage and short viral clips. At Redbull.tv you’ll find everything from clips to feature-length films like the two listed below. 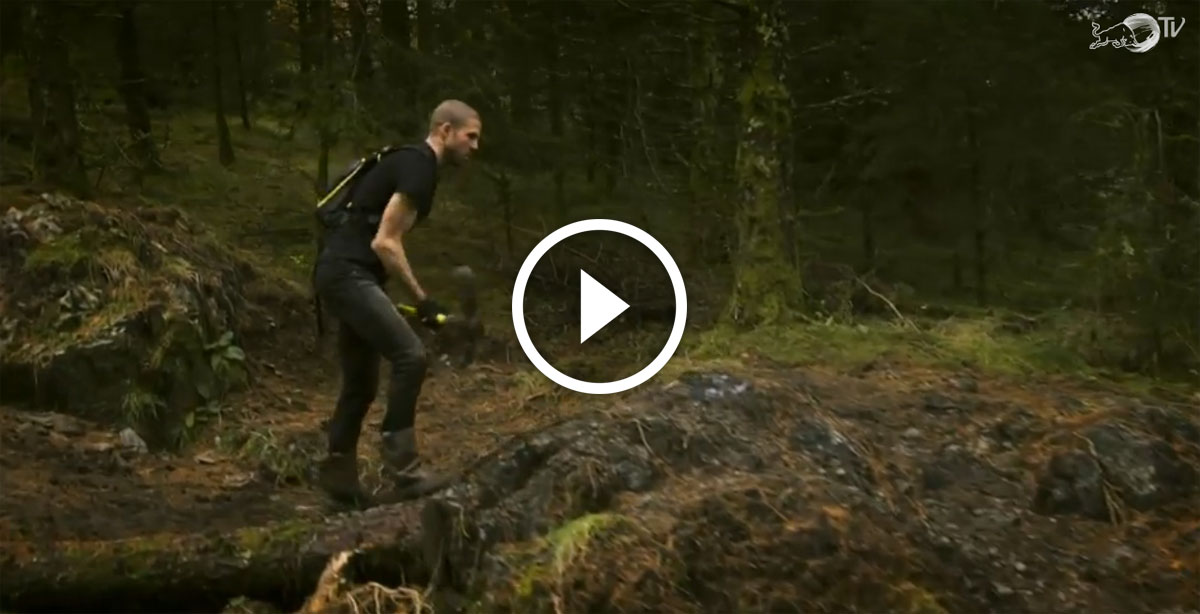 From Redbull.tv: “Focusing on the creative genius of Dan and how his drive and determination to build has helped push and inspire his brother and sister to become Downhill World Champions, “Escape. Create.” gives a unique insight into the mind of one of the most creative course designers and builders in downhill mountain biking.” 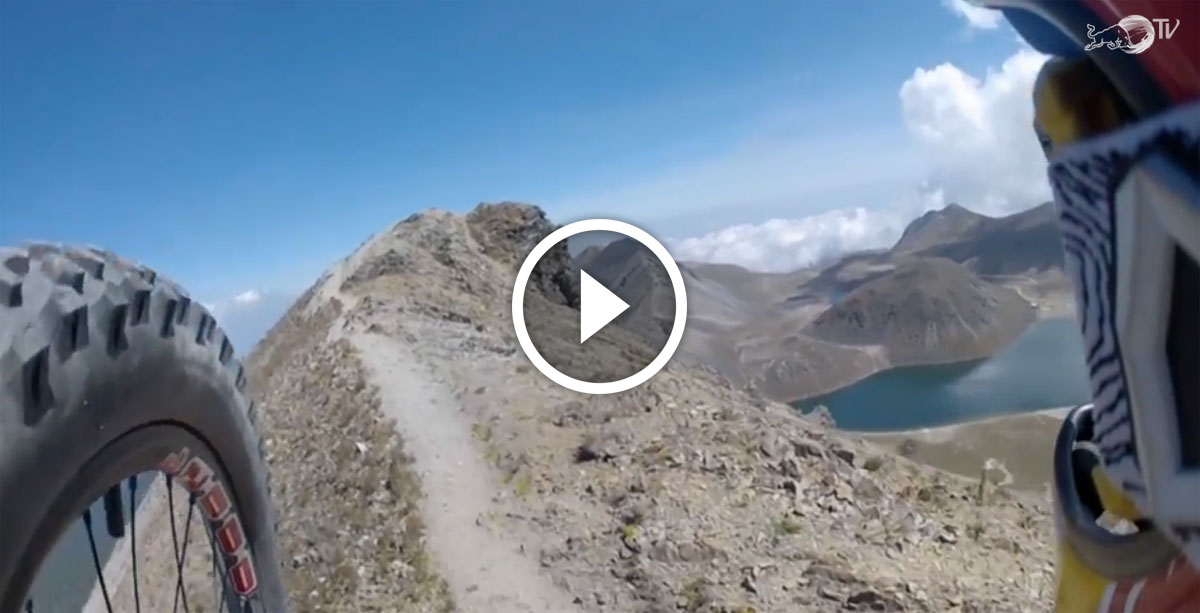 This short film follows Chris Van Dine, Eric Porter, and and Katie Holden as they ride a volcanic crater in Mexico.

Your Turn: Which other MTB films have you enjoyed on streaming services like Amazon Prime and Netflix this year?

I’ve only watched a few of these… I definitely need to check the rest out!

If you want a little history, you could aways stream Klunkerz, too.

Bill, I searched for Klunkerz and didn’t see it. Is it still on Netflix?

Hey Jeff,
I don’t use Netflix services, but it is still listed on their site as a DVD rental, which is pretty amazing. They must make their DVDs out of titanium or something. They bought 10 discs in ’09 from my distributor. I think I got paid $40.00 total. I was browsing their site some time ago and noticed Klunkerz had been rated 2,500 times. I wrote to Netflix saying ‘those 10 discs must be pretty worn out by now’ and asked them if they needed more discs or if they would be interested in streaming it. I tried a few more times and never heard back. They finally sent me an angry email saying ‘they don’t deal with producers’ and I never heard from them again. I canceled my subscription and never looked back. There’s a reason their lower-level executives like Ted Sarandos can buy 6M houses in Beverly Hills. I don’t think it’s because they support documentary filmmakers. 🙂 Klunkerz is definitely steaming on Amazon Instant Video now and is available in other outlets. Thanks for your support. Ride on!

Contacting you from Factory Media and finding it hard to reach you.
We’re interested in licensing a few clips from your amazing film for a production we’re creating.
Get back to me on [email protected] if this is something that interests you.

All the best,
Alex

Looks like a great set of films. Looks like I have a new reason to watch TV during my free time.

I’ve watched a few of these, but I get tired of mostly watching people doing tricks over and over. What I really want to watch is someone just riding their bike on various trails that average mountain bikers use, so I can see what they’re like. I thought “Follow Me” might be like that (based solely on the title), but it’s just another bike jumping exhibition like the rest. Utah Mountain Biking made something sort of along those lines a while back. I’d like to see more of them made.

Correct. However, this article is about movies that are free to stream for Amazon Prime members. This film is $2.99 to rent.

Thanks for the list of films. I really like the Path Finder movie. I first watched it a couple of years ago. So much of it is what we do in Mongolia, except that the guys in the movie are FAR better riders than me. It is so much fun though to scour over maps and Google Earth images looking for possible trails, two tracks and open slopes to ride. Then going out into the wilderness with a plan but not knowing what you are actually going to find.