Intense Cycles’ Tracer 275C has become the stuff of legends, but sometimes, unless you get up close and personal with a legendary figure, you’ll never know how much of what you’ve heard is fact, and how much is fiction. With the Tracer, despite its legendary status, I found that everything I’d heard fell in the “fact” category. There’s no need to create any fiction–it’s just that good! 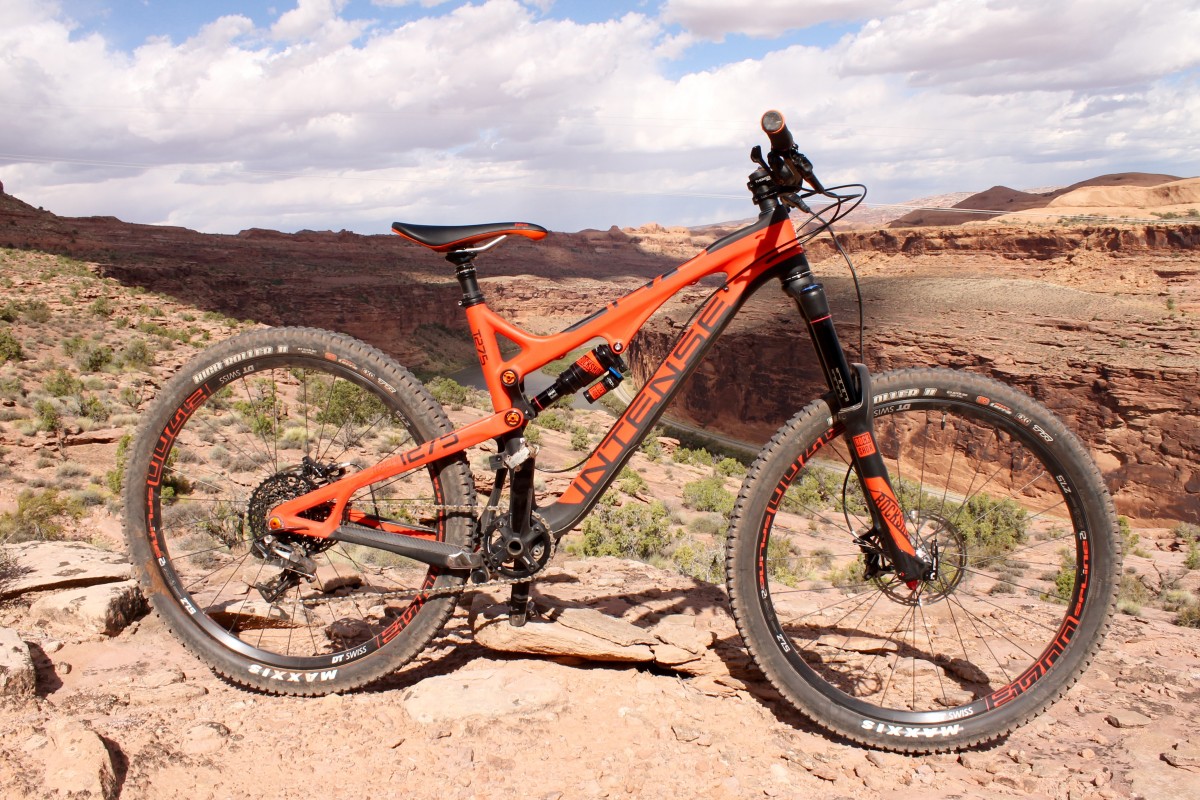 The Tracer sports 27.5″ wheels, a full-carbon frame, and 160mm of travel front and back. The geometry can be tweaked via a pair of different shock bolting points in the suspension linkage, but the standard geometry offers a 66.5-degree head tube angle.

I tested the “Pro” build, which is one step down from the top-tier build kit. Retailing for $6,500, my test bike was spec’ed with a RockShox Monarch Plus rear shock, a Pike fork, SRAM Guide brakes, a SRAM X01 drivetrain, and DT Swiss e1700 wheels. 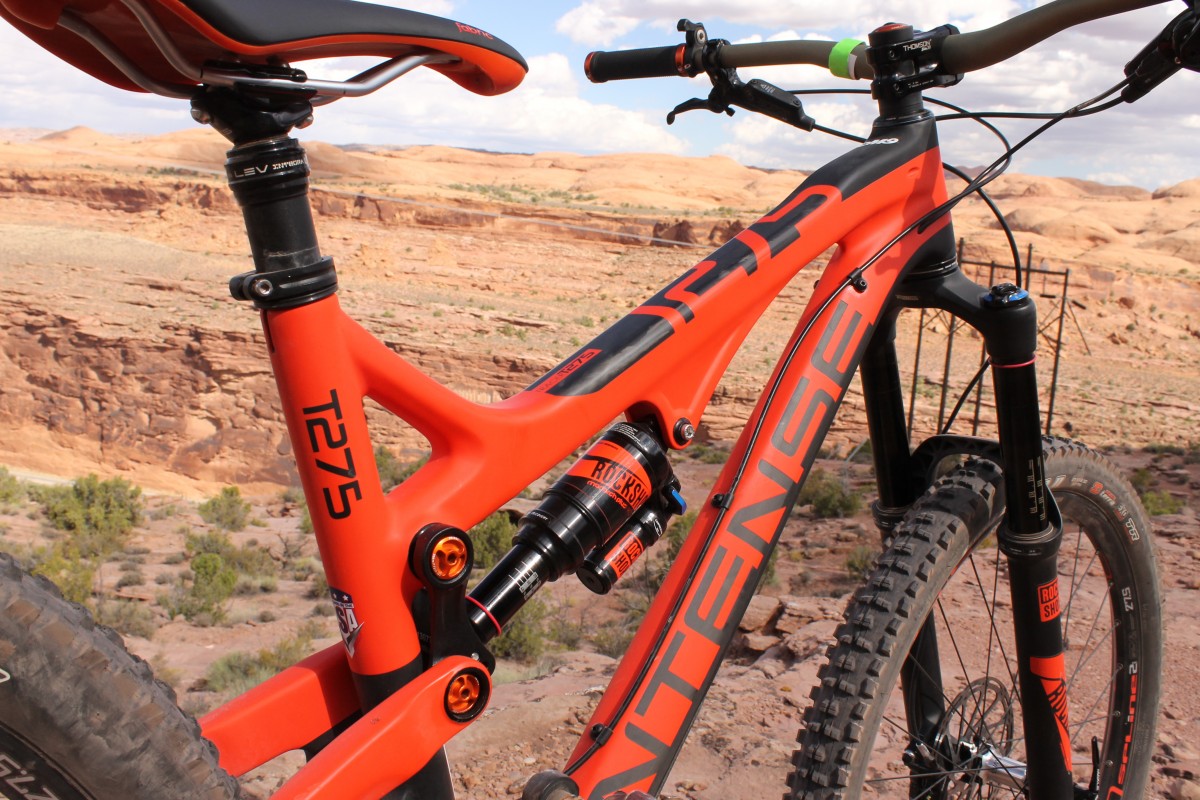 I hand-picked the Tracer as an ideal bike for a pedal up the Hymasa trail in the Amasa Back area, and a technical descent back down. I hadn’t quite figured out what trail I wanted to descend, but as I pedaled my way up the climb, I quickly figured out what the Tracer was capable of. 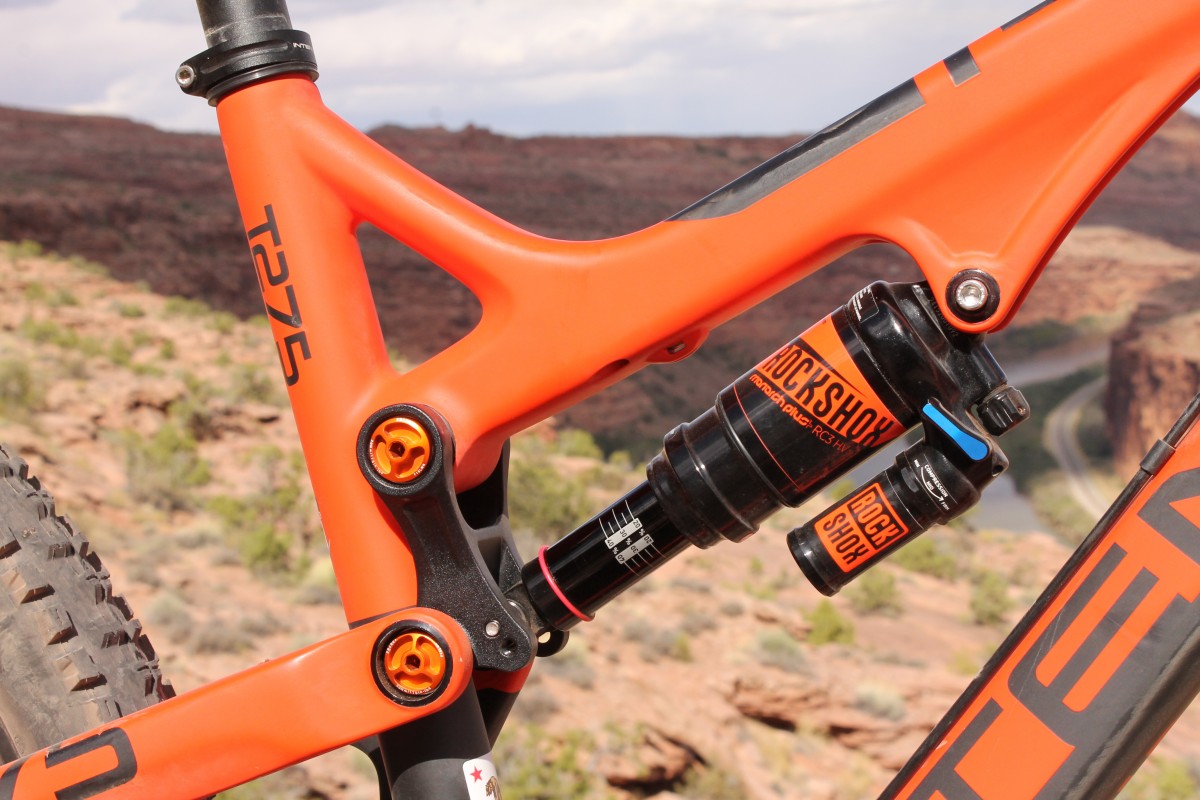 With 160mm of travel, I expected to sacrifice a bit of pedaling efficiency on the climb and gain burliness on the descent. However, thinking that you have to “sacrifice” anything aboard the Tracer carbon now seems like a laughable proposition. Due to what felt like a very low weight (I didn’t get to put it on a scale), the bike seemed to positively scamper up the climbs. Despite a burly shock, the VPP suspension design (the same linkage that Santa Cruz uses) felt beautifully firm under pedaling power–and I didn’t use the pro pedal at all. Yes, that’s right: I kept both the shock and fork full-open for the entirety of my ride. Despite the 160mm of travel and not utilizing the different shock modes, I think this was one of the most efficient full suspension bikes that I rode all week. Again, there’s no fiction with the VPP–it’s all fact.

Awed by how capable the Tracer felt as I climbed, I decided that I had to really put it to the test on the descent. While I knew Captain Ahab would be a good descent, and was an absolutely fantastic trail, I decided to head toward some new-to-me terrain: the Jackson Trail.

I had heard rumors claiming that riding Jackson was a death wish, that it was one of the most technical trails imaginable, and that you’re guaranteed to walk almost the whole thing. I found none of those to be the case. Sure, it is pretty exposed–there’s about a thousand-foot drop to the Colorado River below–but if you stay on the trail, it’s quite rideable. I did walk one section, telling myself, “there’s a 500-foot drop (at this point, part way down the descent) to the river below, I told no one I was going to ride this trail, and nobody else seems to use it… maybe I should play it safe.” I don’t know what the deal is–maybe everyone overhyped the trail, or maybe there’s been some serious trail work done. 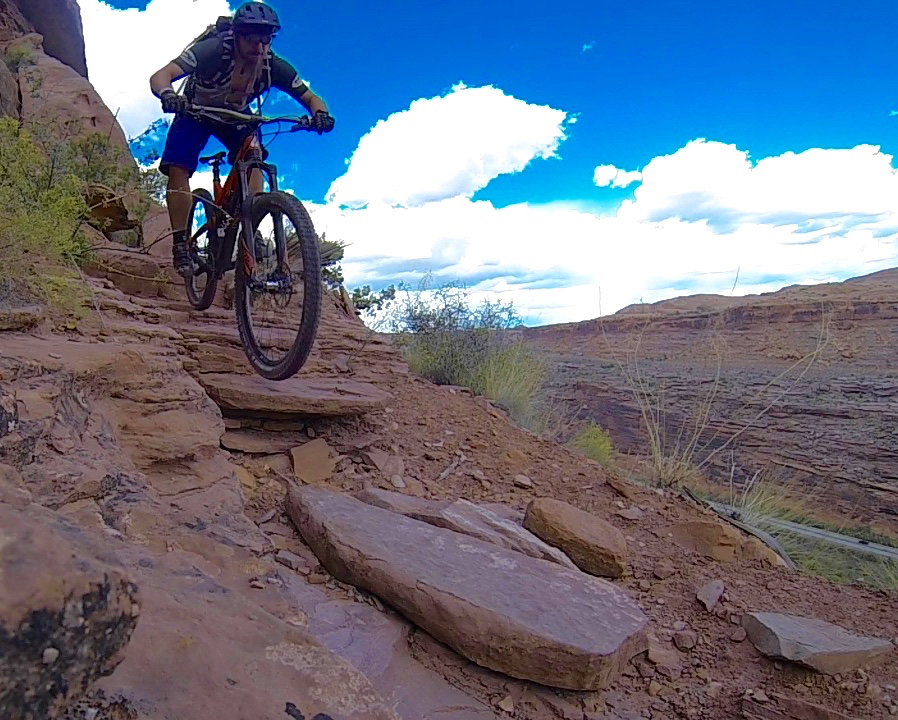 Or maybe, just maybe, the Tracer is just that good. Seriously, drops, ledges, chunky obstacles, steeps, switchbacks, everything just seemed to disappear beneath the Tracer. The geometry felt spot-on for everything from launching off drops, to rolling cascading ledges, to pedaling tricky sections, to… well really, I don’t think there was anything the Tracer did poorly at.

Check out this quick clip for a taste of the Tracer in action:

It’s not often that I have absolutely no complaints about a mountain bike, but the Tracer is one of those rare rigs. I can’t believe that such a bike exists that climbs and descends as well as the Tracer! 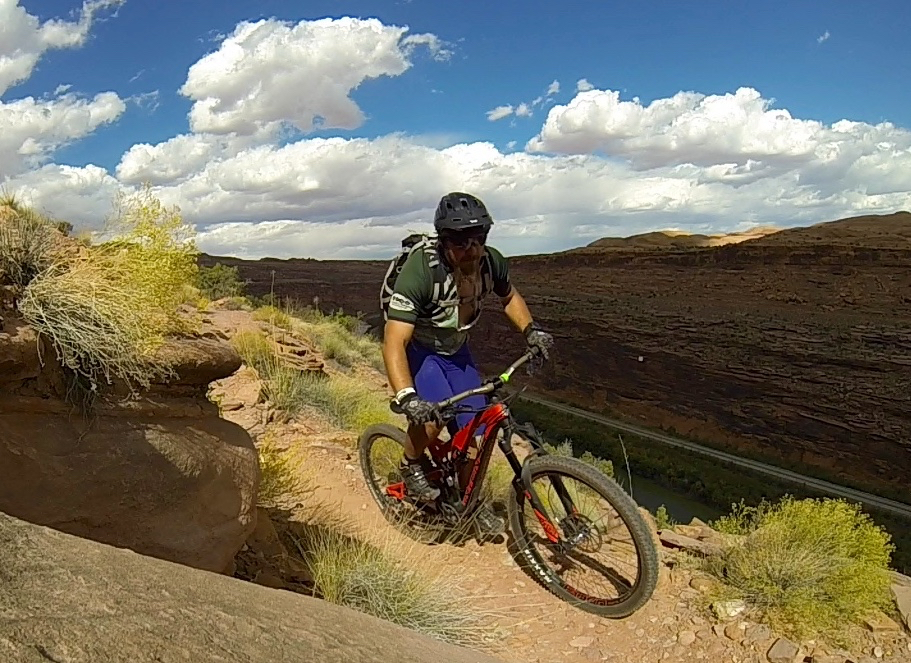 Now, some people might complain about the price. But with this component spec, and considering the carbon frame, the Tracer definitely isn’t priced over and above the rest of the market. I’d say that it’s squarely in line with the rest of the market in price, but leaps and bounds ahead of some bikes in the performance category.

The Tracer 275C is indeed a legendary creature. But when you meet this mythical unicorn, you’ll realize that all the hype about magical powers isn’t fiction. It’s actually cold, hard fact.

Community
Public Land Solutions Takes a Pragmatic Approach to Recreation and...
Gear
Quick Question: How Do I Know When it's Time to...
Community
These Women Saw a Void in the MTB Apparel Marketplace...
Sponsored
Brevard, North Carolina is a Mountain Biker's Paradise
Subscribe
Login
Please login to comment
4 Comments
Most Voted
Newest Oldest
Inline Feedbacks
View all comments

how much more exposed is it than Poison Spider? I rode that on a ’93 Cannondale with a 50mm head shock years ago. Yea those trails sure get your attention with the drop-off ! We walked the one section where you had to drop off a shed sized rock about 6′, but otherwise rode it. I’m not saying I’m expert on the trail I’m not but dam it was fun.

Hey Scott, I actually haven’t ridden Poison Spider OR Portal yet! Both are on my to-do list, though 🙂

Roughly equal exposure with Jackson’s and Portal although I’d say Portal is a bit more “FOR REALZ” in the 1 spot that has taken a few souls.

I haven’t ridden the Intense Tracer, but how you described your ride experience, is exactly how I felt when I rode the Turner RFX. Coming from riding and owning a couple of Santa Cruz bikes, which use VVP, similar to Intense, I think that the DW link, which Turner(and others) use is slightly better imo. I still love my SC’s but the RFX is my next bike.