Fezzari, a direct-to-consumer manufacturer based in Utah, has been working hard to produce competitive bikes at much more affordable prices than the standard brands that you’ll find at your LBS. We have communicated with them at events like Outerbike and Sea Otter, and they seem driven to crank out consumer-centric bikes that can hang with, and even surpass, the most popular brands in the business.

I recently had the opportunity to test the new Fezzari Timp Peak for an extended weekend in Pisgah for our annual Singletracks Gathering. How well can you judge a bike in one weekend in western North Carolina? The answer is, quite well indeed. 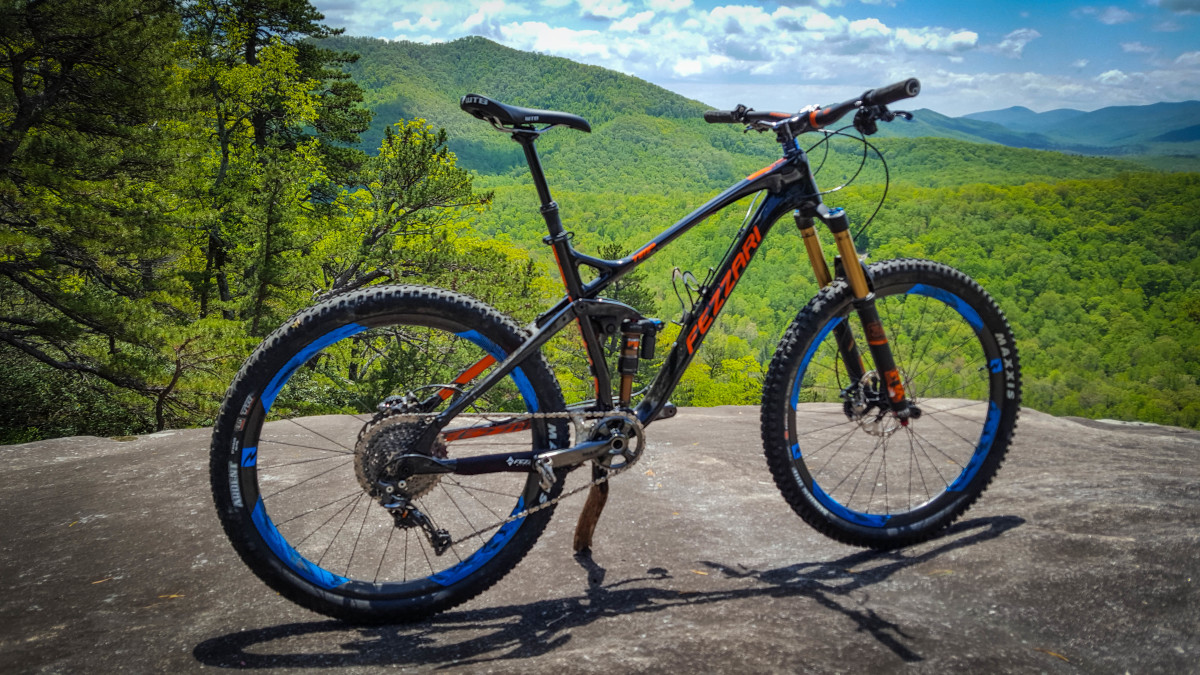 For starters, Pisgah, Brevard, and Dupont have become the hub of everything mountain biking in the Southeast, due to the ability to ride every type of trail practically year round. Respected pros like Neko Mullaly and Mick Hannah live here, train here, and ride the trails we elected to test our bikes on. 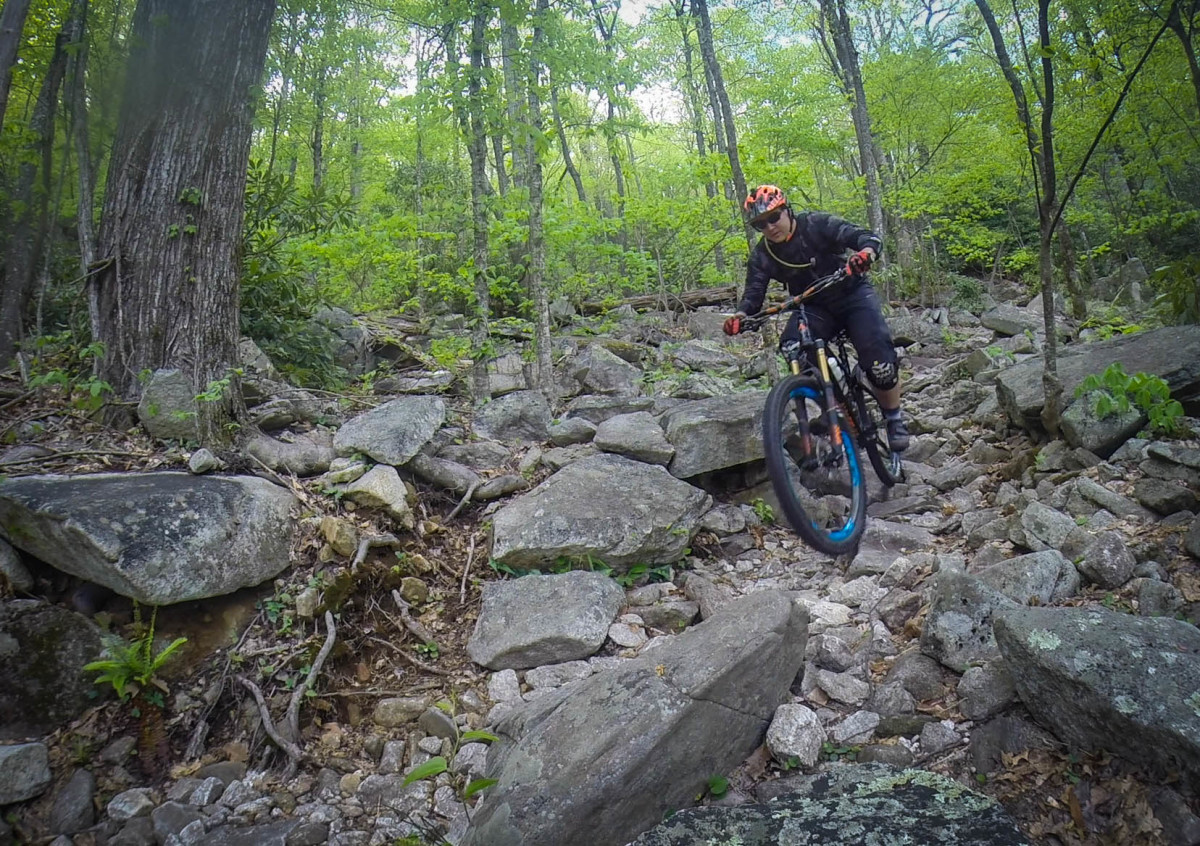 Our first ride included some of the best that Pisgah National Forest has to offer: Laurel Mountain, Pilot Rock, and several others, guided by the local friendly shredder Megan Hutton from Sycamore Cycles (thank you, it was awesome!). This epic sufferfest provided us with almost 3,500ft of climbing up brutal, rocky singletrack, requiring mandatory hike-a-bike sections for hundreds of yards, before we bombed down steep, chunky descents with ultra-tight switchbacks. Our second ride was guided by a friend at Dupont State Forest, a 20-mile series of loops that included about 2400ft of climbing, but a great mix of flow trail and signature slickrock. I also had the opportunity to tool around on this bike at the Oskar Blues REEB Ranch bike park and pump track, which was amazing. 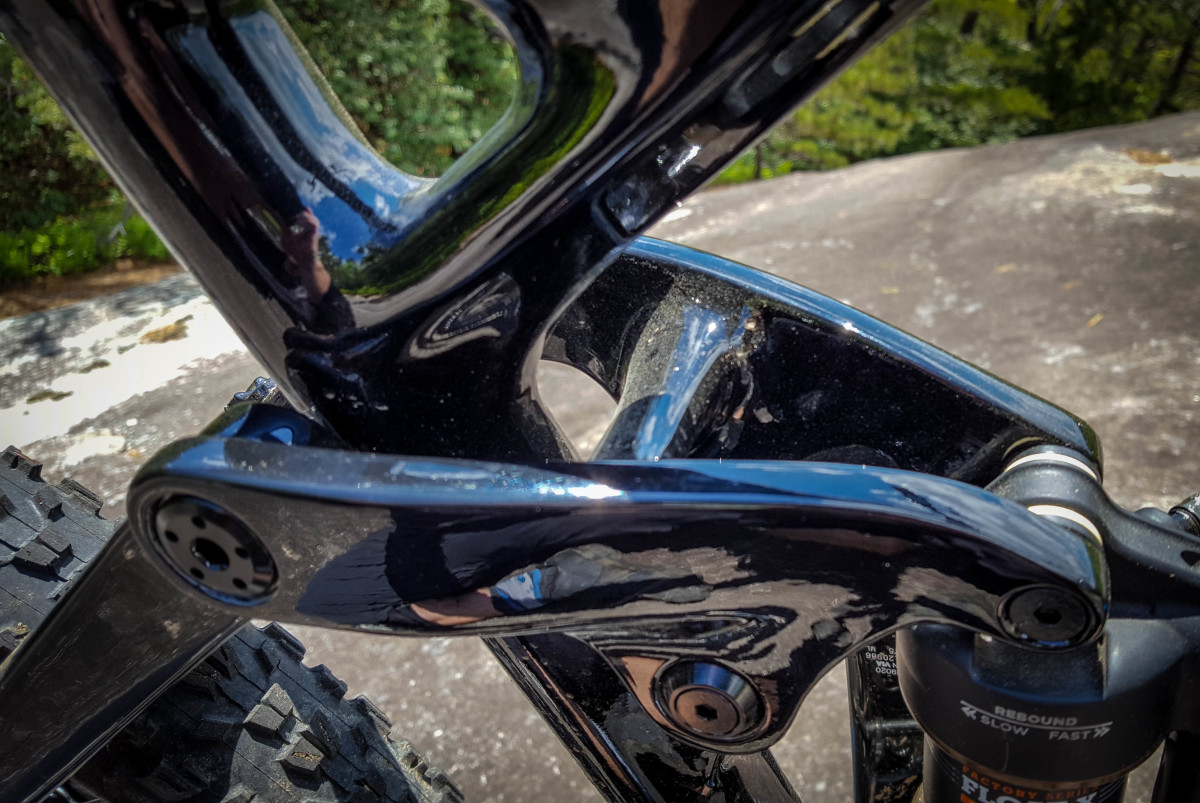 The folks at Fezzari sent us a Timp Peak spec’d to the max with a full XTR drivetrain, XTR brakes, a Fox 34 Float 150mm fork, the new Fox Float X 150mm reservoir shock, Reynolds carbon wheels, a KS Lev dropper, Race Face Atlas stem, and Six C carbon bars with Ergon Grips. A Maxxis Minon 2.3 handled the duties up front, while a Maxxis Ardent 2.3 kept things rolling fast in the rear. Picking up this 26.5-pound bike made it feel like the $10,000 bike that it is… except for one thing: it isn’t. Fezzari is selling this exact spec at a mind-blowing $6,199! That is still a little difficult to believe even as I write this. 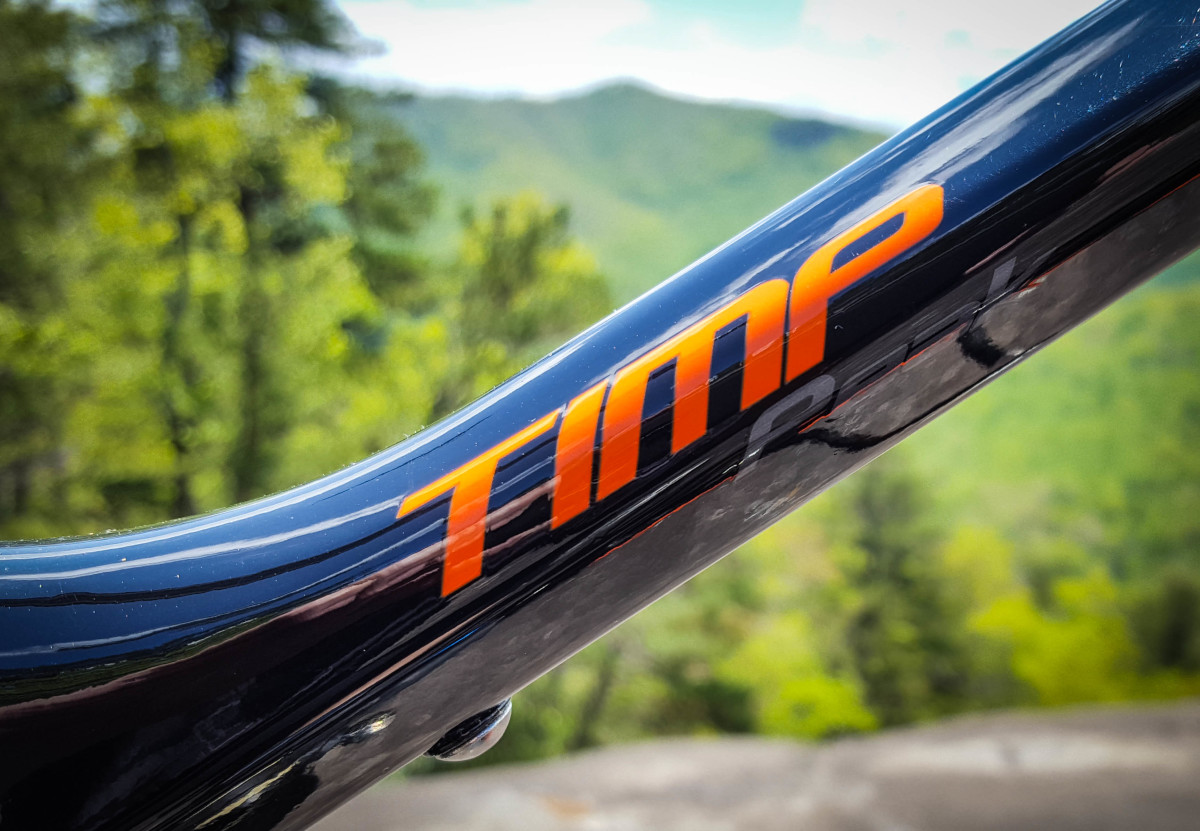 The Exact Specs (From Fezzari) 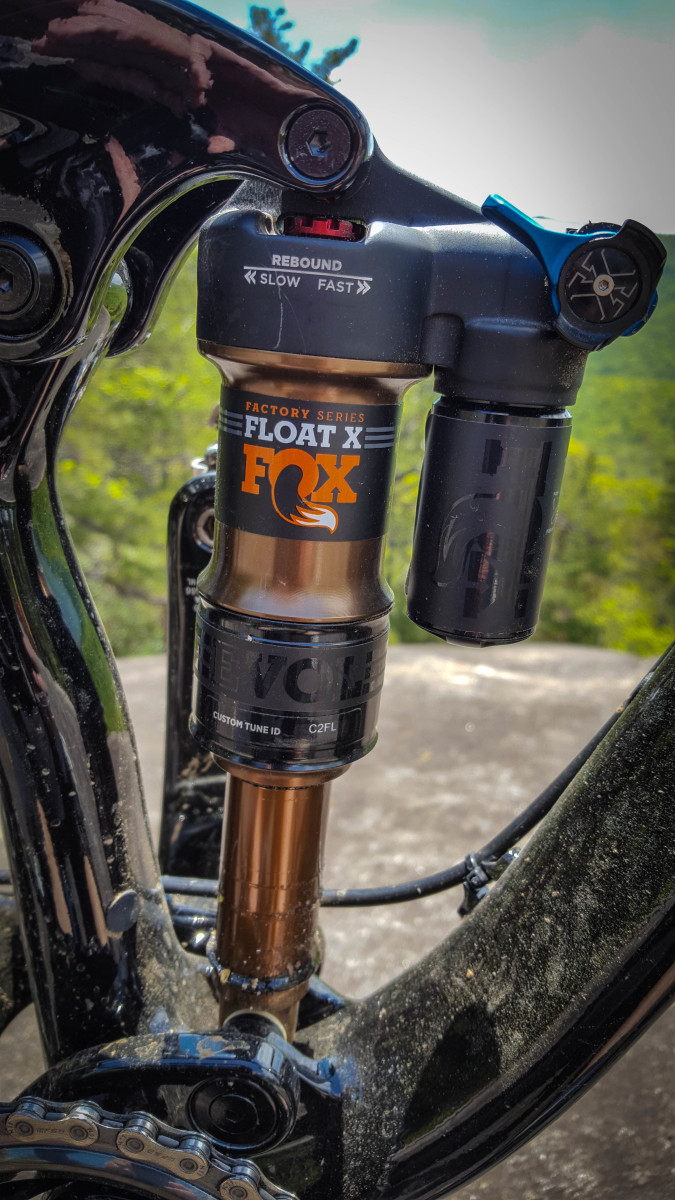 Setup was relatively straightforward with a Fox 34 fork and the Float X shock, both of which I am very familiar with. I ran about 25-26psi in the tires, added my recommended psi in the suspension, adjusted the saddle position, and dialed in my preference for brake lever position, and I was on my way in less than 10 minutes. This size-medium bike felt perfect for my 5’9” frame, and in fact the only thing that felt odd about it was that it was so light for a trail bike. Due to the insane amount of climbing in Pisgah, our forward-thinking staff member helped arrange a little hand-up for me, and the nice guys over at Fezzari put a 45T OneUp ring on the Shimano 11spd cassette (much appreciated). Needless to say, despite a steep climb right out of the gate, this lightweight bike climbed like a dream. 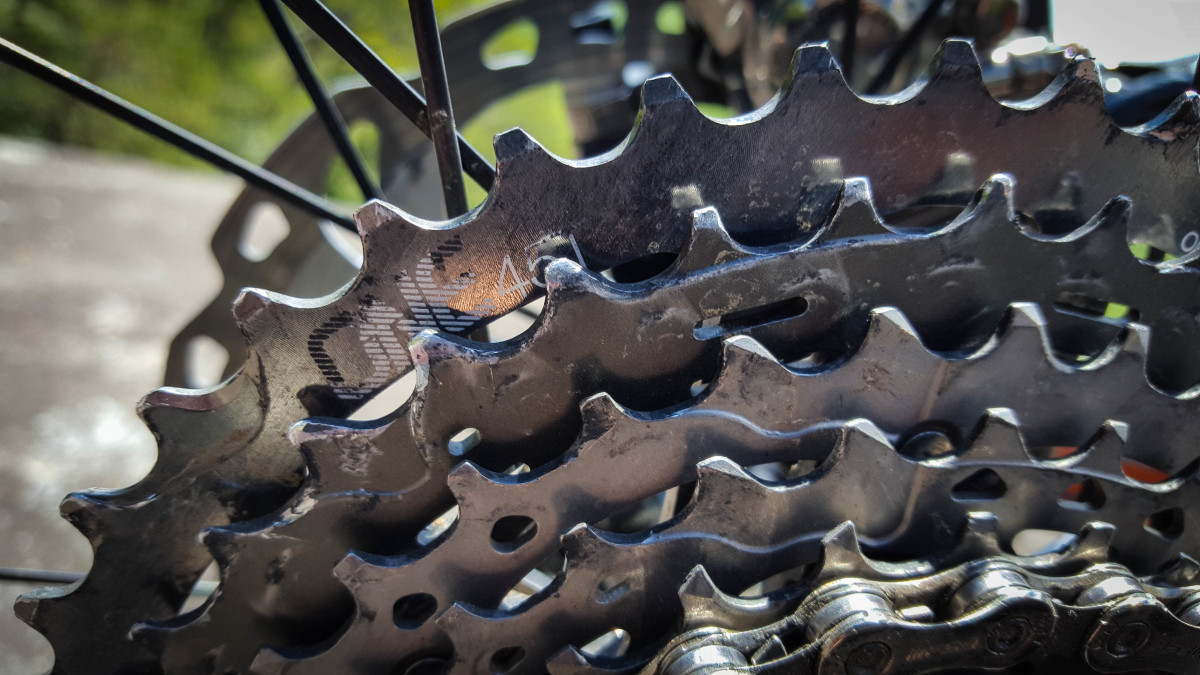 I had no problem climbing up most of the rocks and roots on Laurel Mountain unless they were wet, and I learned early on that trying to muscle over wet rocks was a fool’s errand. While I’m generally not a fan of the Ardent rear tire because I prefer a meatier shoe that likes to hook up in corners, the Ardent did an exceptional job of hanging on with a good bite over the drier trail litter. The gearing was perfect, and the bike’s weight made muscling up and over trail obstacles simple. 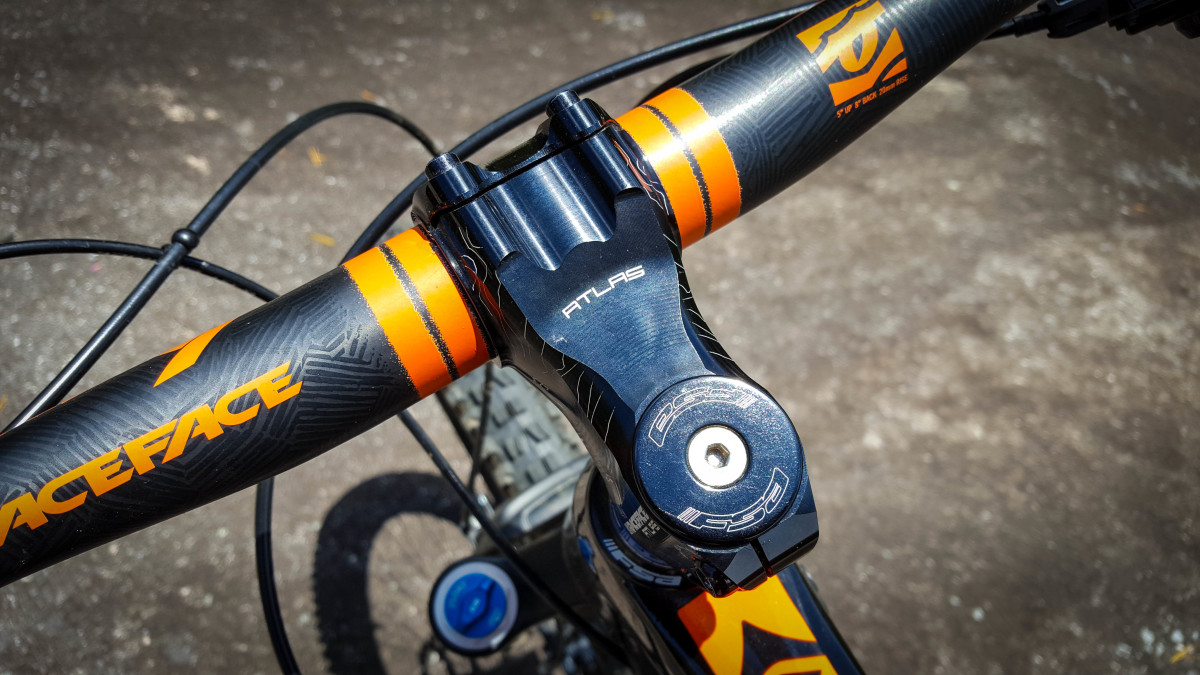 The shifting was crisp, except for the change from the 45T to the 42T, which was a little stubborn when I needed a quick upshift for speed on a climb. This did seem to improve as I broke my “new” bike in, and was not noticeable at all on gentler grades. The front end stayed planted, and even on the steepest of climbs, I did not feel the bike wander. Undoubtedly, the 67-degree head angle, combined with a 150mm, lightweight front end, kept this bike down when climbing. Very well thought out. I kept it in trail mode for all but the steepest of climbs or on the fire roads, where I appreciated the lockout feature of both the fork and shock. 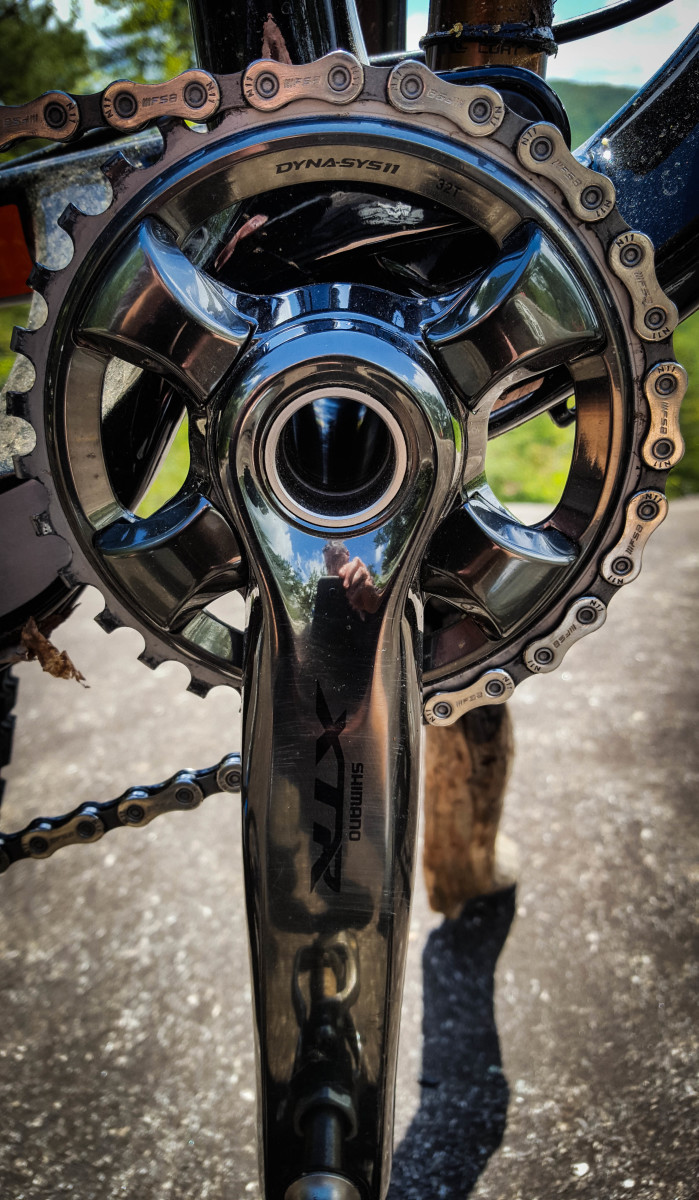 Though the pedally sections were few and far between on our first day, we had many of them while exploring Dupont State Forest on Day 2. The Timp Peak felt balanced, and the suspension was superbly weighted over the mix of hardpack flow trail, which was interrupted by rocks and roots. Again, the weight reinforced how well balanced this bike is overall, and leaning the bike into corners and weaving in and out of trees was effortless. Unexpected drops and kickers were no problem, and the Fezzari soaked up everything I threw at it with excellent damping and rebound. The bike was easy to pump and clear sections of rocks or roots, and maneuverable in the air. 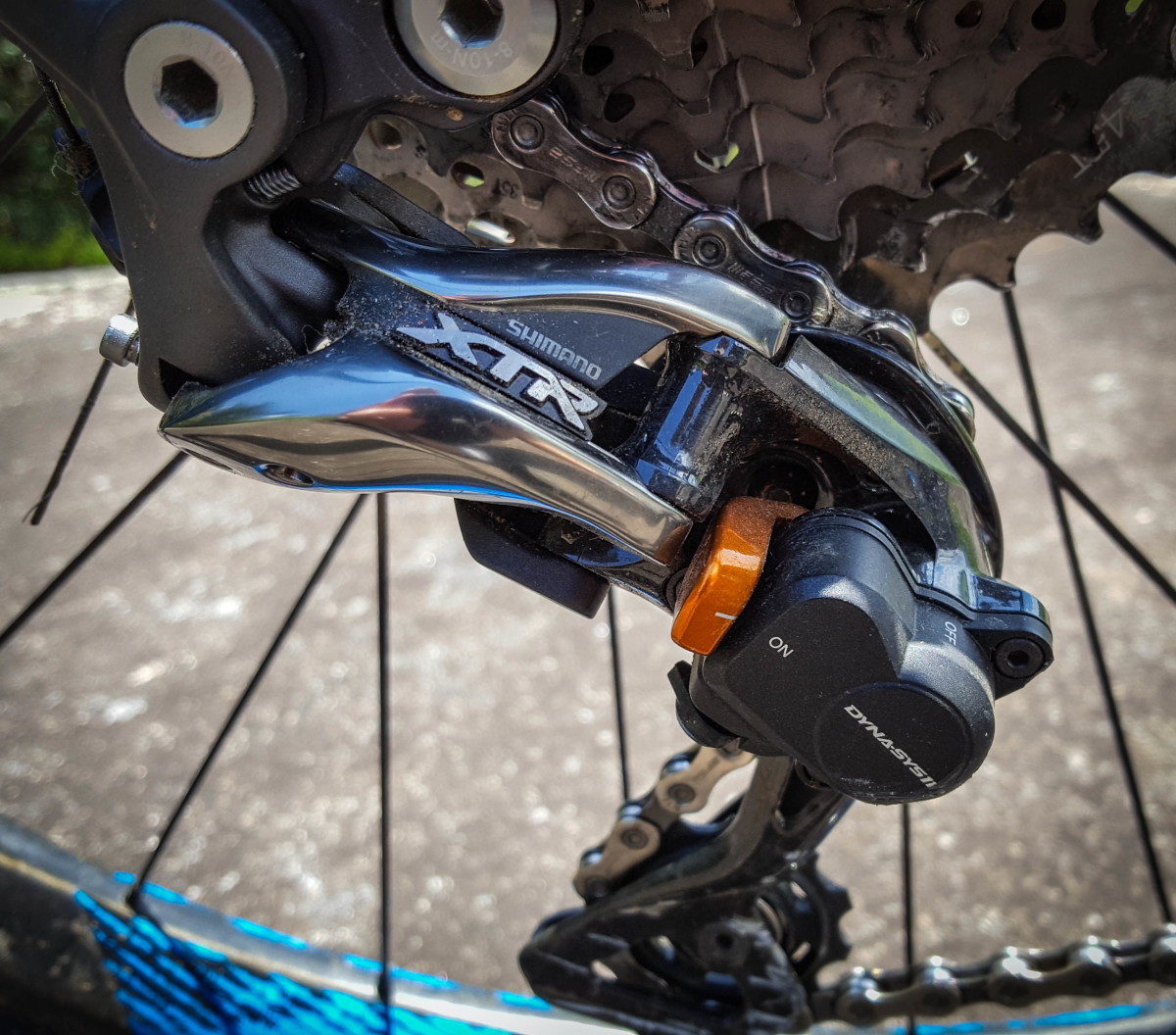 We had no shortage of descents during our test weekend, from the gnar-infested Pilot Rock in Pisgah to the heavenly Ridgeline flow trail in Dupont. Pilot rock was my first real opportunity to see what this bike was made of (after a two-hour climb), and I pushed it as hard as I could. This section of trail is full of buried fist-sized rocks, roots, loose baby heads, scree, small dropoffs, and tight corners. I did my best to keep my fingers off of the brakes, and I let this bike just fly through the nastiest obstacles the trail had to offer. I locked up the brakes several times on Pilot Rock due to unexpected switchbacks, but I never flipped or laid the bike over—remarkable given that I had never been on the Timp Peak and was riding it full-throttle on an unfamiliar trail. The bike handled beautifully, and I kept thinking the entire test weekend how well this bike is designed for the trails like this in the Southeast… and how much fun it would be in places like Moab or Sedona. 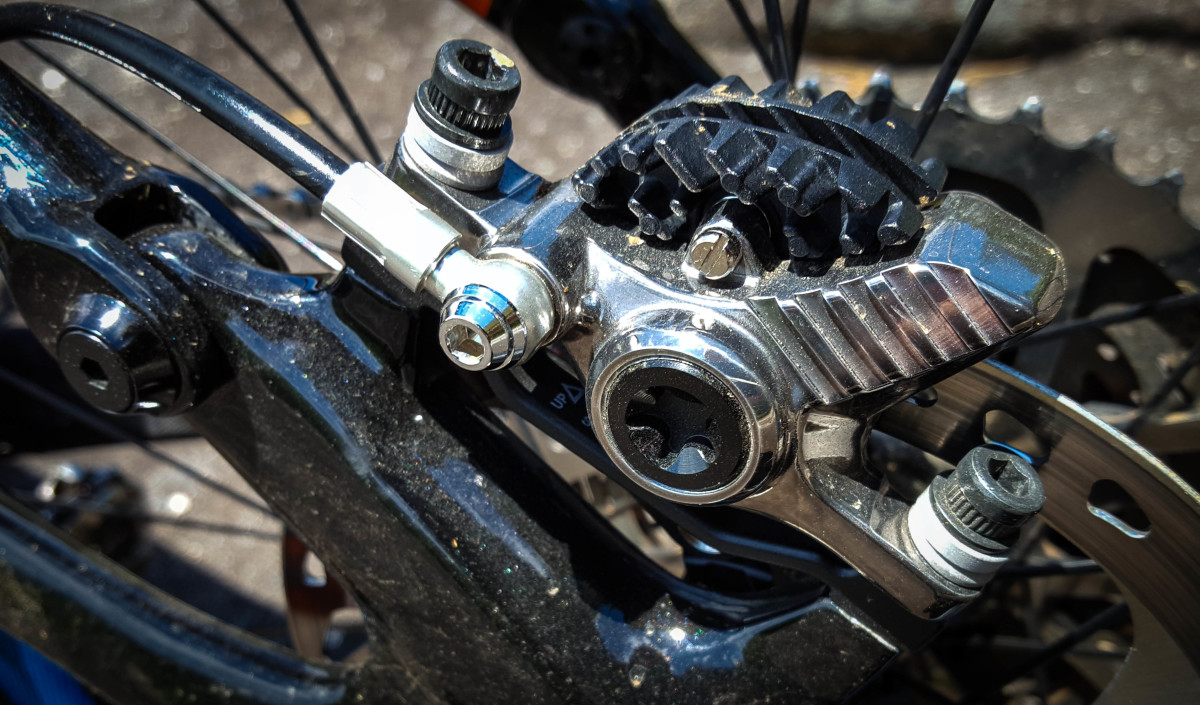 In the short time I tested the Timp Peak, I had zero concerns about this bike. The bike felt light, and was well-suited for me right out of the gate. On that note, however, I felt like I would make some personal changes to the bike, particularly for descending, if I were to purchase the Timp Peak. At times, it almost felt too light, especially when things got rowdy. That may sound odd to you, so let me explain. On my local Colorado front range trails, which have a lot of bike-eating features, I’d prefer a stouter fork like the Fox 36, and the fattest Minions they make, the 2.5s (which is what I am running on my current bike). I think the fork and tires would give heavier riders like me (>200lbs) more stability and weight to plow through some manky obstacles without worrying about “surgical lines.” For lighter riders, I think the bike was actually near perfect–and I did appreciate the low weight on the climbs. 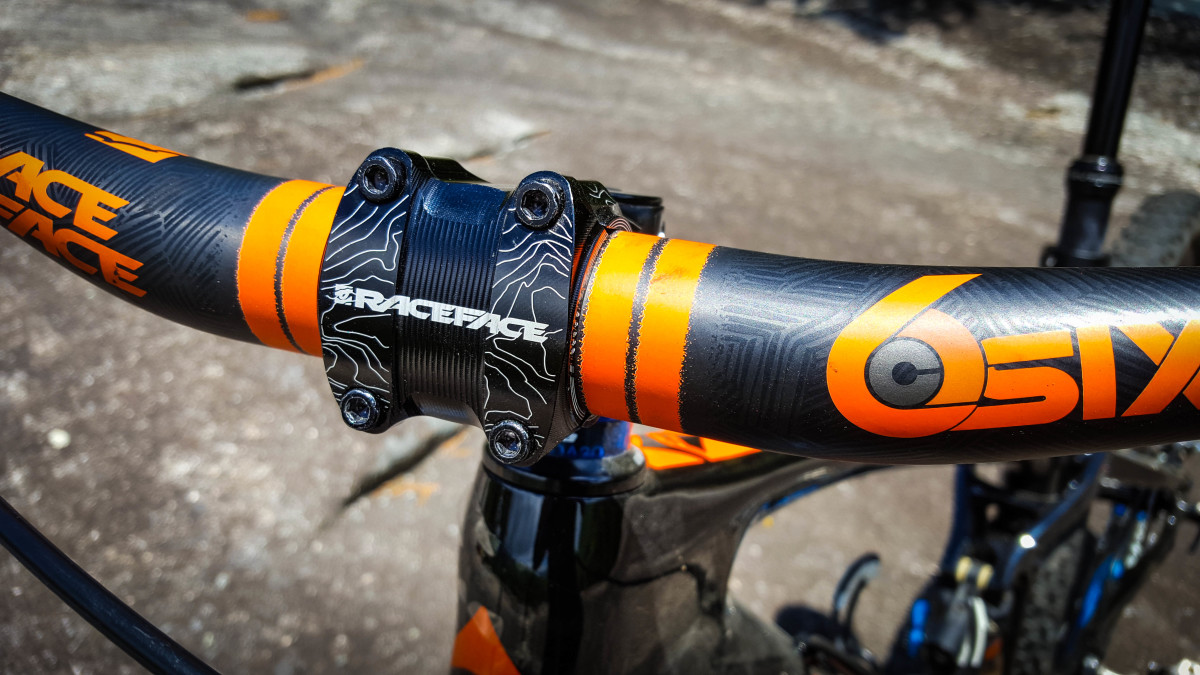 It should be clear by now that I was impressed with this bike. The frame was light and stiff, and although a weekend is no measure of long term durability, the quality seemed on par with other modern manufacturers. I like the clean look of the internal cable routing, and the fact that you can put a water bottle in the front triangle. The full carbon rocker arm link is a nice touch. The bottom bracket height, standover, and reach all felt perfect for me, and was obviously engineered for aggressive riders.

By far the most amazing thing, aside from how well this bike handled, is the price. Though 6k is still a large chunk of change, it is thousands of dollars cheaper than any of Fezzari’s competitors with a similar component spec. Not only that, they offer other builds for even less–and, in fact, an almost identical build with the new SRAM 12-speed Eagle for $5,899. Wow. Fezzari also offers one of the best warranties in the business, a 30-day money back guarantee, as well as a 23-point custom bike fit to make sure they get the right bike size for you. They also advertise that they will customize any bike for you. 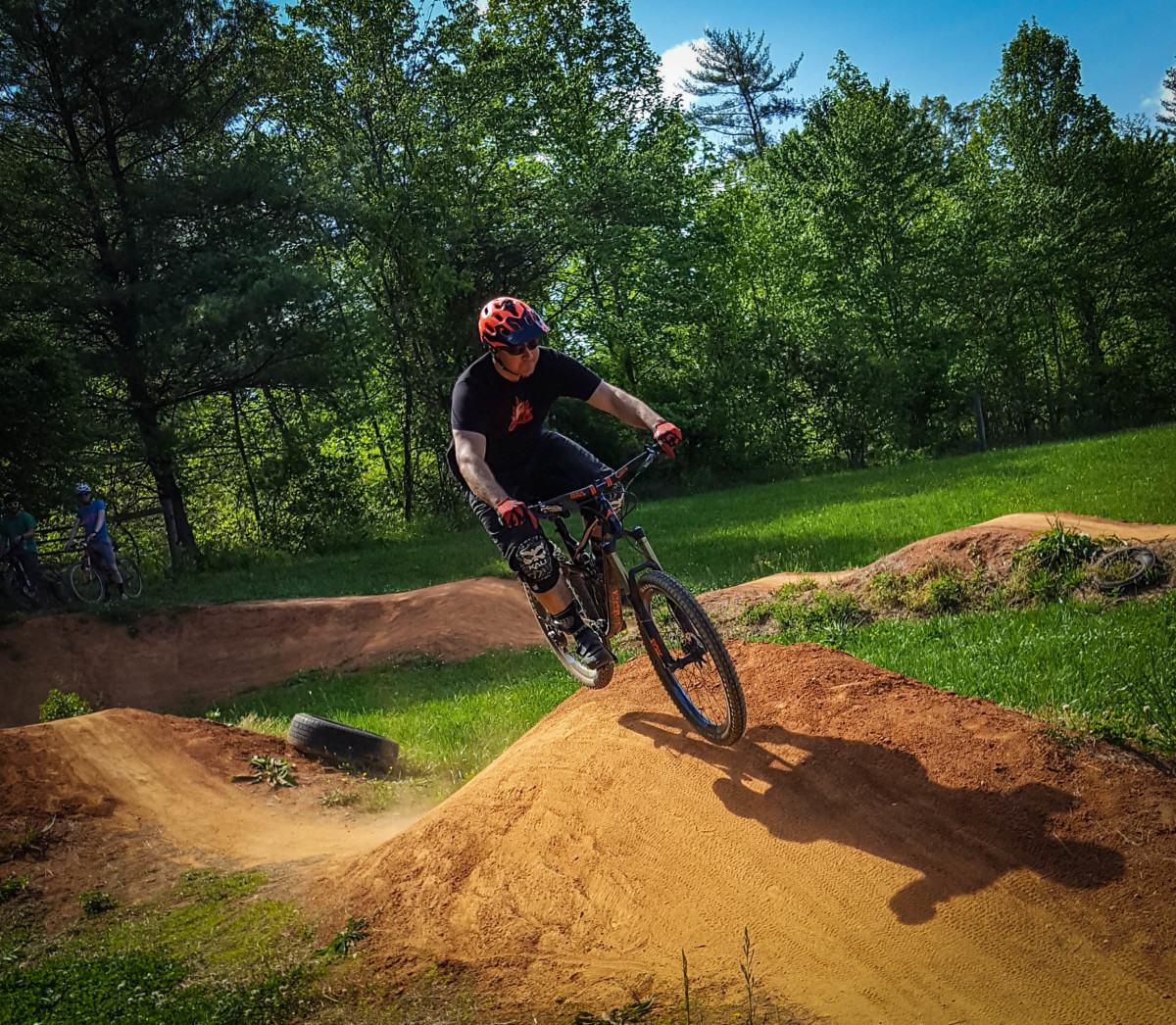 Check out the video of some of the trails I rode this bike on:

Beginners
How do You Usually Get to the MTB Trails you...
Beginners
Don’t get Bitter, get Better with these 8 Mountain Bike...
Trails
5 New Mountain Bike Trails [May 2020]
News
New Zealand MTB Group Forced to Change "Inappropriate" Trail Names