Niner has revamped their entire line over the past year or so, and the latest bike to receive a reboot is the SIR 9 hardtail. The SIR has been in Niner’s catalog pretty much since the beginning as a classic XC steel hardtail. Then, a few years ago Niner introduced the ROS 9, a steel hardtail with much more aggressive intentions. Well, Niner axed the ROS, and split the difference between it and the old SIR, creating a new, versatile, and trail-ready hardtail.

I rode a fresh-out-of-the-box Niner SIR 9 during my recent trip out to Colorado for the Steamboat Ramble, and here’s what I thought.

Did you guess that Niner made the new SIR 9 longer, lower, and slacker when they updated it? Yup, they did. The old SIR was designed around a 100mm-travel fork and the ROS could run up to 140mm — the new SIR settles on 120mm. Niner lopped 13mm off the chainstays, now at a snappy 427mm. The headtube kicks back over two full degrees to a reasonable 68°, and the top tube grew substantially — reach on my size large frame was a healthy 445mm. There’s a new chainstay yoke that hides a horizontal plate to increase stiffness as well as improve tire clearance. Speaking of which, the new SIR 9 can accommodate up to 29×2.4″ or 27.5×3.0″ tires.

Other key updates include a move to Boost spacing; a dropper post-friendly 30.9mm seat tube; a ton of braze-ons for bags, bottles, or racks; and a slick new paint job. Thankfully, the SIR 9 keeps the Reynolds 853 tubeset from the previous generations that helped give it such a great ride quality. I should know, I owned the previous SIR 9 for several years.

I was on a SIR with Niner’s 5-Star X01 build kit, which retails for $5,000. Somewhat surprisingly, that’s not even the most expensive model they offer — cough up another grand and you’ll get a wheelset with Niner’s carbon rims and DT Swiss hubs. If that’s too rich for your blood, there’s a 2-Star build with Shimano’s excellent SLX 11-speed drivetrain and brakes, a Reba fork, and RaceFace cranks for $3,000. For the choose your own adventure types, a frameset runs $1,200.

So, yes, $5,000 is a lot of money for any bike, especially a hardtail, but the build is baller. We’re talking a SRAM X01 Eagle 12-speed drivetrain, carbon cranks, Guide RSC brakes, a Fox 34 Factory fork, carbon RaceFace bars, Stan’s Arch MK3 wheels, and a KS Lev dropper. The only things I didn’t care for were the Maxxis Ardent tires and the Niner saddle — both personal preferences. I found the saddle too firm for the long days I put in, and the tires are unpredictable at the limits of traction. However, the Ardent’s relatively low knobs kept them rolling fast no matter the surface.

This isn’t the typical kind of bike review we do here at Singletracks. I rode the bike 200 miles over three days — much longer than a test ride review, but also shorter than a long-term review. And, save for 10 miles of glorious singletrack at the very end of the trip, I rode the bike predominantly on gravel. However, I think this type of ride showcases the versatility of the new SIR. Niner aimed for a “do-it-most” bike with this iteration — a bike to rip around on trails as a daily driver, or loaded down with gear, headed into the unknown. I did the latter. 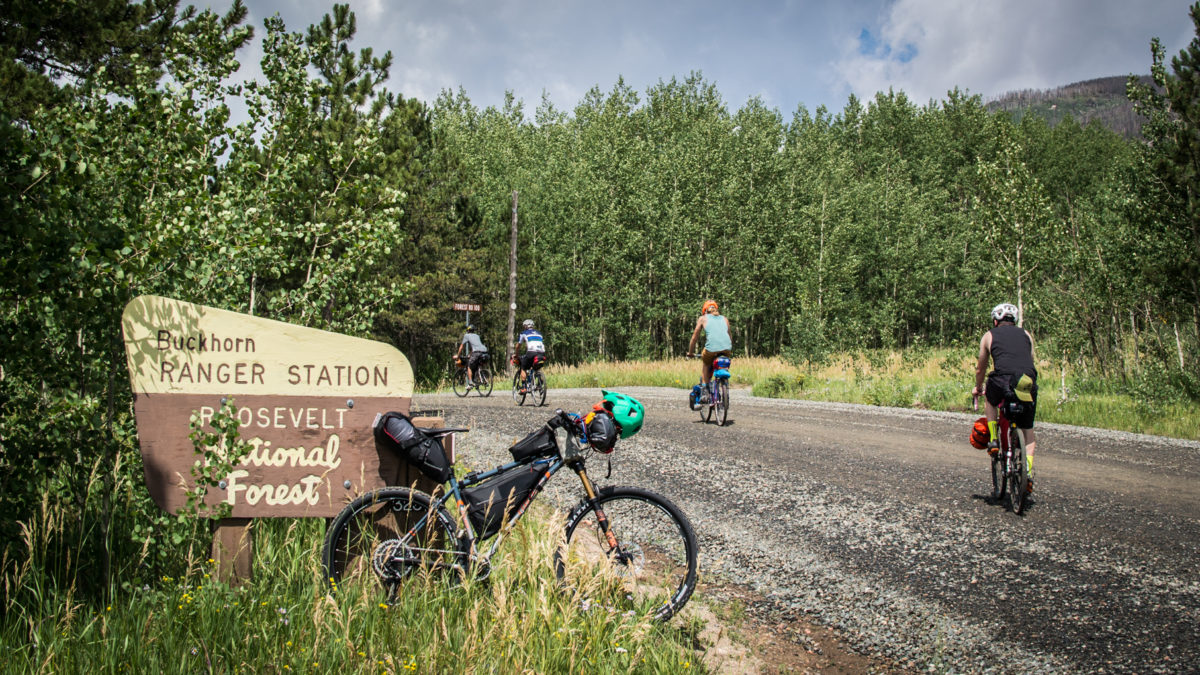 The Ramble started with a 27-mile stretch of pavement, but after that the ride was mainly on gravel. On any surface, I found the fit upright and comfortable. Comparing it to my personal bike — a Zen Trail hardtail — the geometry numbers are nearly identical, so it’s not surprising it fit me so well. It’s quite different than the old SIR, but Niner didn’t go nuts making the new one too long, low, or slack.

I used a set of Blackburn’s Outpost bags for the trip, but the new SIR has bosses on the underside and topside of the top tube for bolt-on bags. The idea of strapless frame bags is certainly appealing. A rock-solid attachment without scuffing your frame? I’m in. Bosses for a third water bottle cage are found on the bottom of the downtube.

In any case, the SIR wore the extra weight from camping gear well. Handling was steady and predictable. Bombing down washboard gravel while loaded did expose some fore/aft flex in the fork, but apart from going with a Fox 36 or similarly beefy fork, there’s not much you can do about that. However, the Fox 34 on the bike was smooth and controlled, even with the additional pounds. And honestly, the 34 is well-matched to the bike’s all-around intentions.

SRAM’s X01 Eagle group further adds to the bike’s versatility. With a 32T chainring and a 50T cog on the cassette, I scaled the steepest of grades, even at elevation. Spinning an easy cadence kept my legs fresher and my heart rate in control — important considerations when out riding for 7-10 hours. There were just a handful of times I wished for a taller gear. On flat or rolling sections the cross/gravel bikes pulled away, but inevitably I’d catch back up to them on the extended climbs where their gearing required much more effort. Slap on a 34T or 36T chainring for riding unloaded or on flatter terrain. 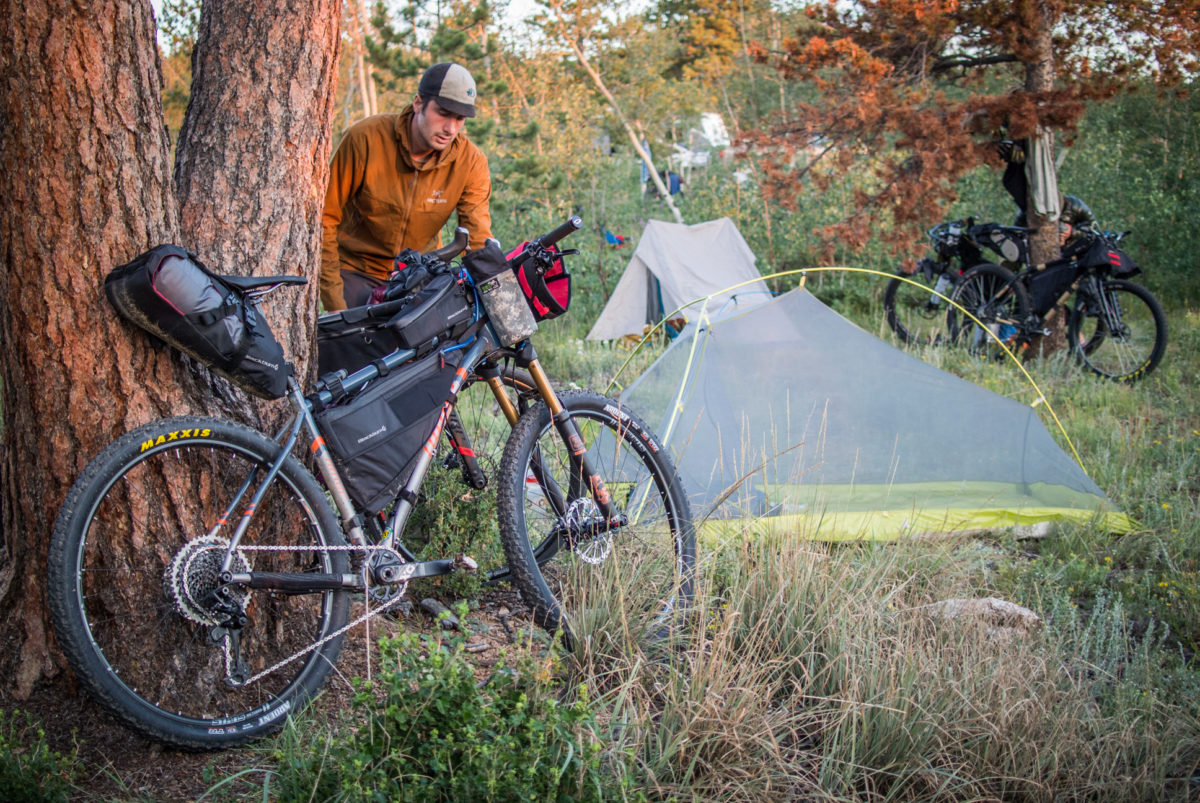 There will always be a certain type of rider that prefers a steel-flavored hardtail. Steel is strong, tough, imparts a great ride quality, and thanks to modern tubesets, it’s reasonably light as well. The latest SIR 9 is an attractive option for riders who want a classic material in an up-to-date, versatile package. Rally it around your local trails, head off into the backcountry, load it down with gear, slap some plus wheels on it, run it singlespeed: ride it how you want.

Thanks to Niner for lending us the SIR 9 for review.

Advocacy
Trail Agents from Mountain Bike Orgs are Taking on the...
Repair
MTB Lube Theory: Which Oil or Grease Goes Where? We...
Opinion
How to Read Mountain Bike Gear Reviews: A Writer's Perspective
Sponsored
MTB Deals: Up to 40% Off Tires and Components at...
Subscribe
Login
Please login to comment
1 Comment
Most Voted
Newest Oldest
Inline Feedbacks
View all comments