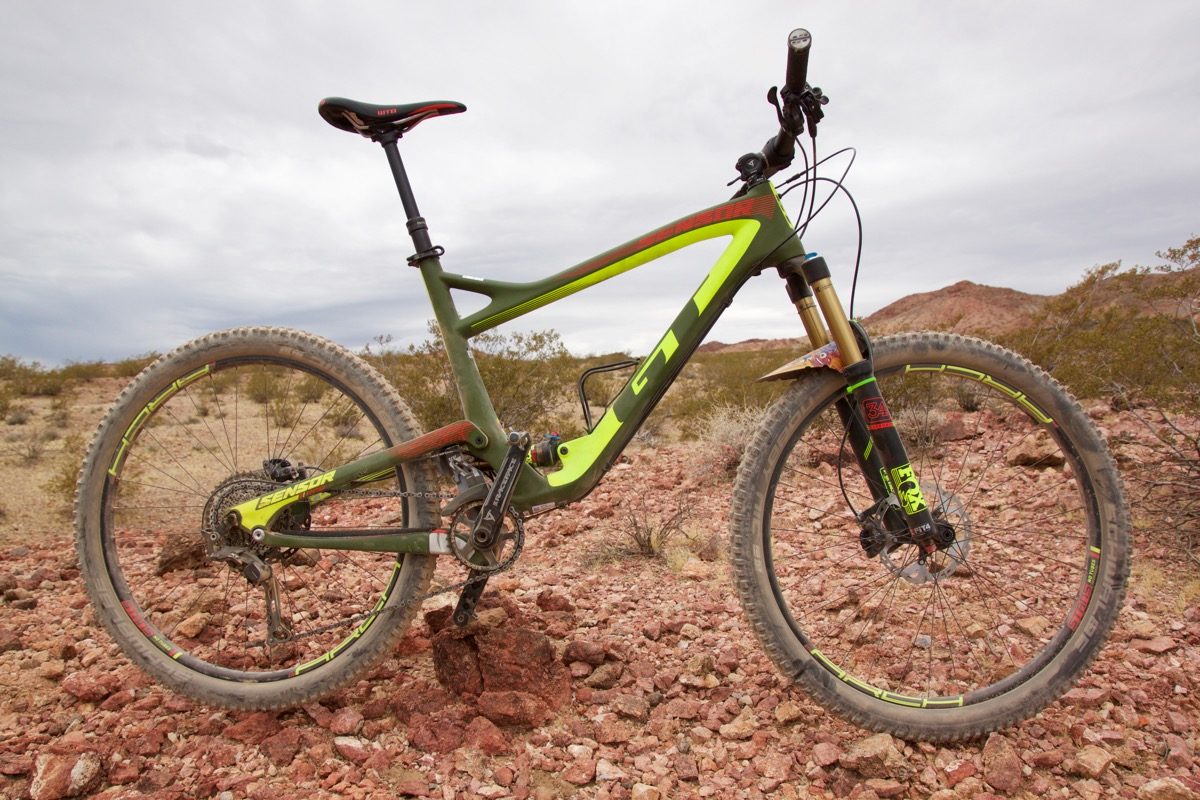 The GT Sensor has been around for several years, though it’s a bike I’ve never personally ridden. So I jumped at the chance to saddle up on the 2017 Sensor Carbon Pro at Interbike last week to see what I’ve been missing.

The latest iteration of the GT Sensor is a 140mm front/130mm rear-travel trail bike rolling on 27.5-inch wheels. Previous versions of the Sensor featured 29er wheels, but with the latest version, it really seems as if GT has dialed in the optimal mix of geometry and wheel size. Speaking of geometry, the size XL bike I tested features a 68-degree head tube angle, which is a tiny bit on the high side of average for aggressive trail bikes, though well within the range one would expect for this application. 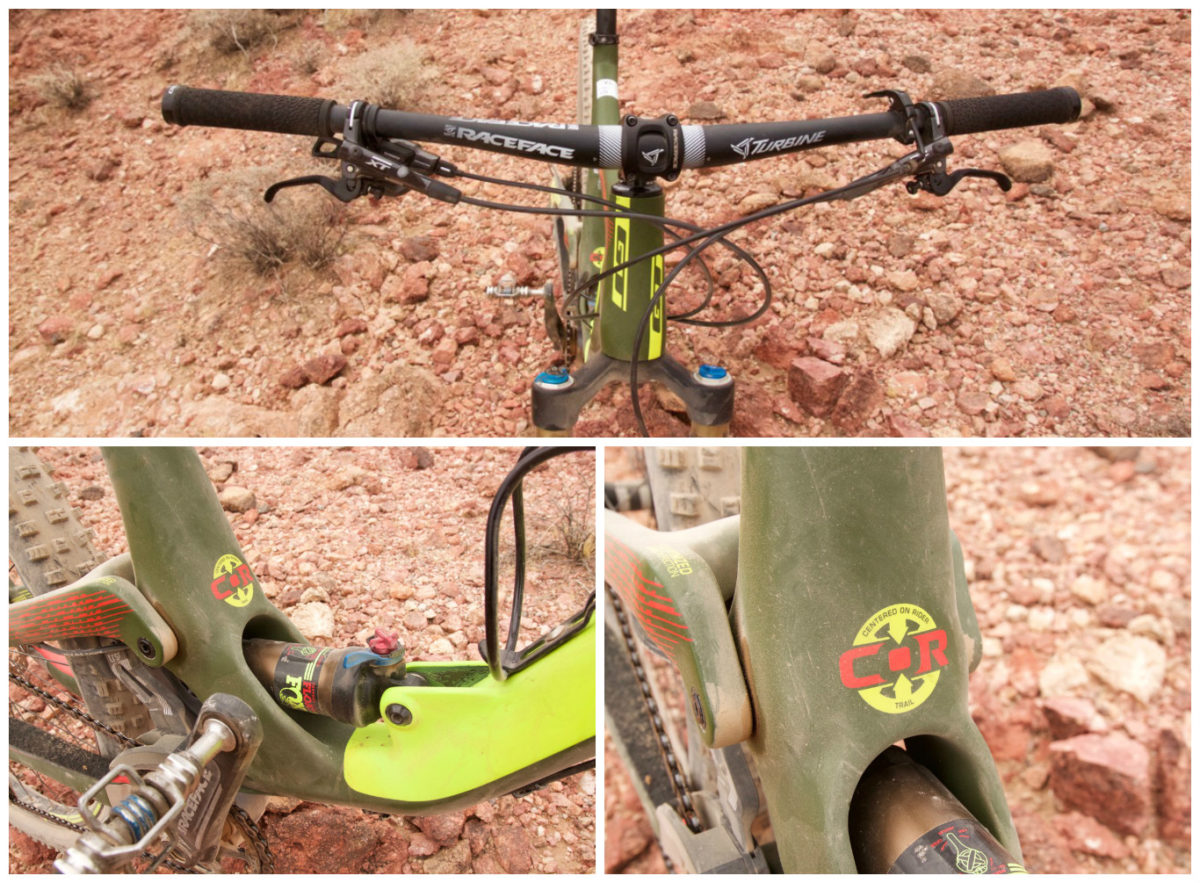 The GT Sensor is notable for its rear shock placement near the absolute bottom of the front triangle. This placement definitely has some advantages, most notably, it places the weight of the shock and linkage assembly closer to the bike’s center of gravity at the bottom bracket. Not only that, it frees up the front triangle for water bottle storage and in my opinion, gives the bike a super clean look. However, this seat tube-piercing design does make it difficult to check the O-ring without resorting to getting down on all fours. 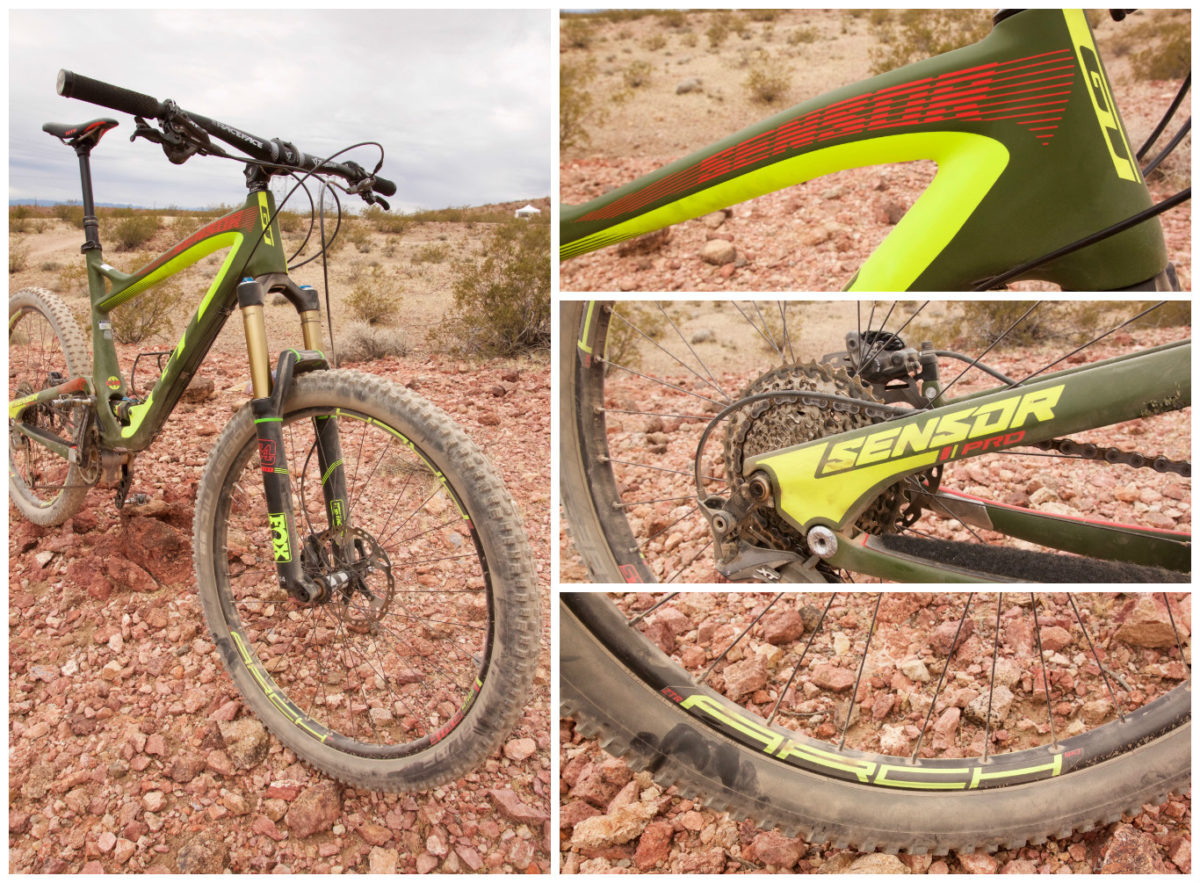 The Carbon Pro build I tested is basically above reproach, and it should be given the bike’s $5,860 suggested retail price. Up front, GT spec’d the Fox 34 Float FIT fork and RaceFace Turbine alloy bars. Other highlights: a Shimano XT 1×11 drivetrain, XT brakes, and RaceFace Turbine dropper post. GT is also using the newly-updated Stan’s ZTR Arch MK3 rims which are 24% wider than the previous version. In my opinion, this added width gives the included Nobby Nic 2.35″ tires an even better ride feel, stretching each tire’s contact patch and reducing sidewall height for less squirm in the turns.

Out on the trails at Bootleg Canyon, I found the GT Sensor climbed really well, thanks in part to a dialed suspension platform, but also to the light weight on this choice build. Coming back down, the Sensor felt very balanced front to back, and I think the shock placement deserves kudos for this. Having 140mm of travel up front really takes the edge off rocks at speed, seemingly smoothing hits out before they even reach the rear shock. The Sensor felt grounded and in control the whole time, while delivering a plush ride feel I might have expected from a longer-travel bike. 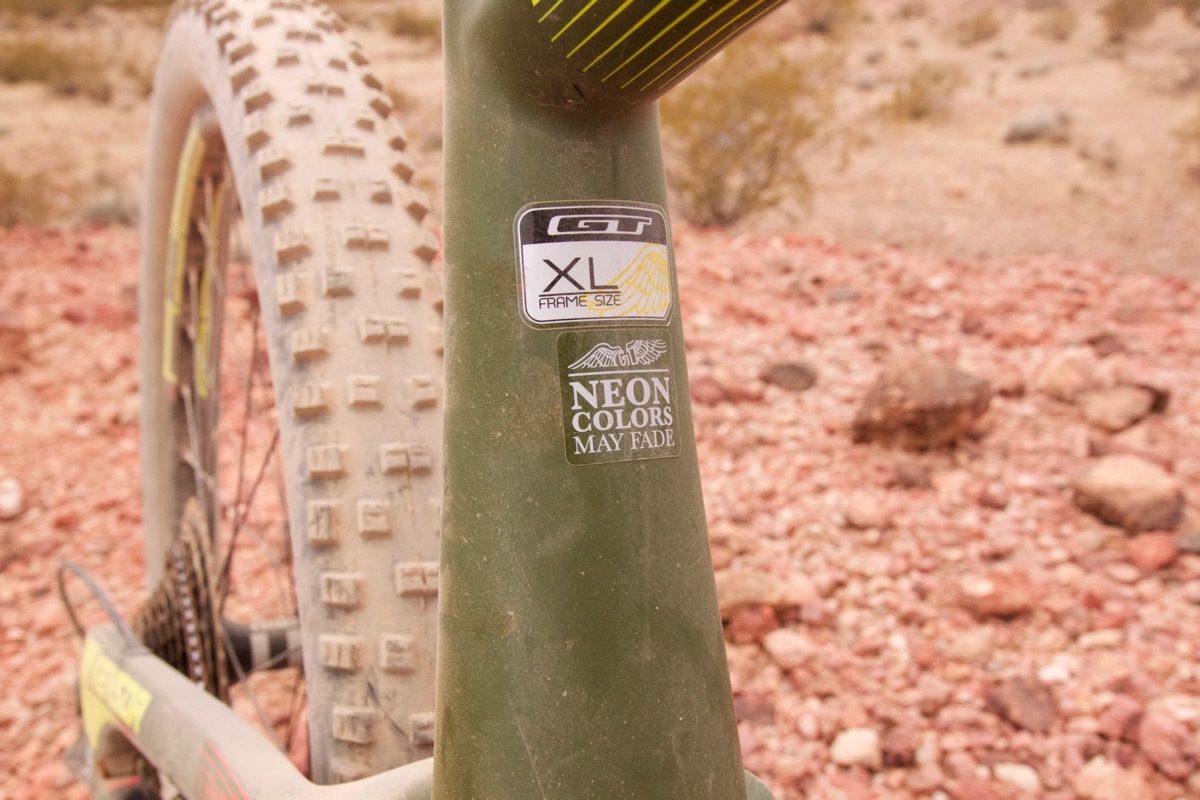 The graphics and colors on the 2017 GT Sensor are loud and proud, which is part of what makes this bike a GT. However, I did notice a warning label on the bike stating that “neon colors may fade,” so don’t get bummed out if the neon yellow doesn’t match your helmet and jersey six months down the road.

Back at the GT tent, everyone who brought the 2017 Sensor back after testing had positive things to say. Having never ridden the Sensor before, I have to say my only real surprise was how well the shock placement works in terms of balancing the bike and making it feel more planted on the trail. Based on my brief test ride, I have to say the 2017 GT Sensor is a great bike, even among all the great trail bikes on the market today.