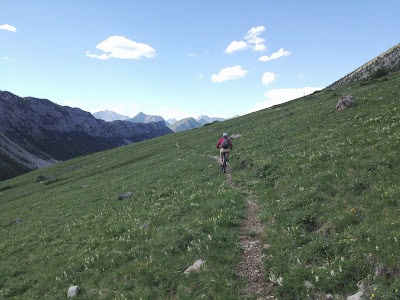 The Montana Heritage act is moving along through the legislative process.  After passing through committee, which it now has done unanimously, it will move to the full senate.  This bill adds 67,112 acres of new wilderness in the Bob Marshall Wilderness Complex and designates 208,000 acres as a Conservation Management Area. The CMA designation would keep those lands under existing management in the current forest plan.  The good news:  the language in the bill requires the USFS to undertake a study no later than two years after the bill becomes law that would examine expanding mountain bike opportunities in the future.  The bad news:  it would mean the immediate loss of the totally unique and epic 5-star Rierdon Gulch/Green Gulch loop.

The plan was ultimately endorsed by the Montana Mountain Bike Association and the International Mountain Bike Association, even though it is an immediate net loss for mountain biking; one that may well become permanent.  However, by the time the mountain biking community became involved, this loss was a forgone conclusion and the concession had to be made for these organizations to remain at the table and push for the additional pro-cycling verbiage in the bill.  Time will tell whether or not it pans out.

John Fisch
John Fisch is a member of the Singletracks Editorial Team and is a long-time user of the website. In fact, as of the time of this writing (12/29/15) John has ridden the most trail systems of anyone on Singletracks: currently 556, and counting...

Advocacy
Forest Service Says "No Evidence Bike Use Would Degrade Trails"
Advocacy
A Short History of MTB Advocacy, and Why It's As...
News
Crested Butte Strives to Become a Fat Bike Mecca with...
Opinion
Over a Beer: Mountain Towns Don't Always Welcome Mountain Bikers