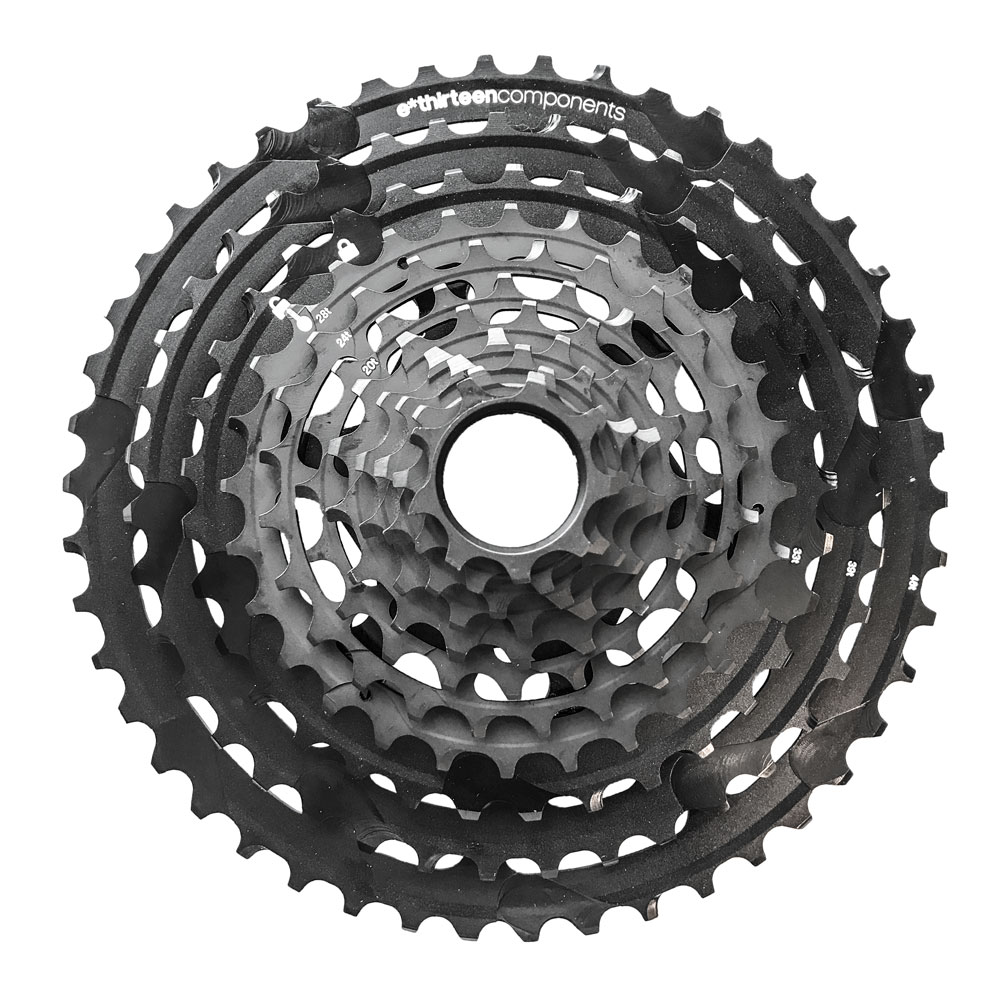 Apart from the increased range, e*thirteen claims their cassette offers some clear benefits over 12-speed drivetrains. These include:

You will still need a SRAM XD driver for e*thirteen’s cassette, but it is said to be compatible with Shimano and SRAM drivetrains. Look for the TRS+ cassette at your local dealer now. 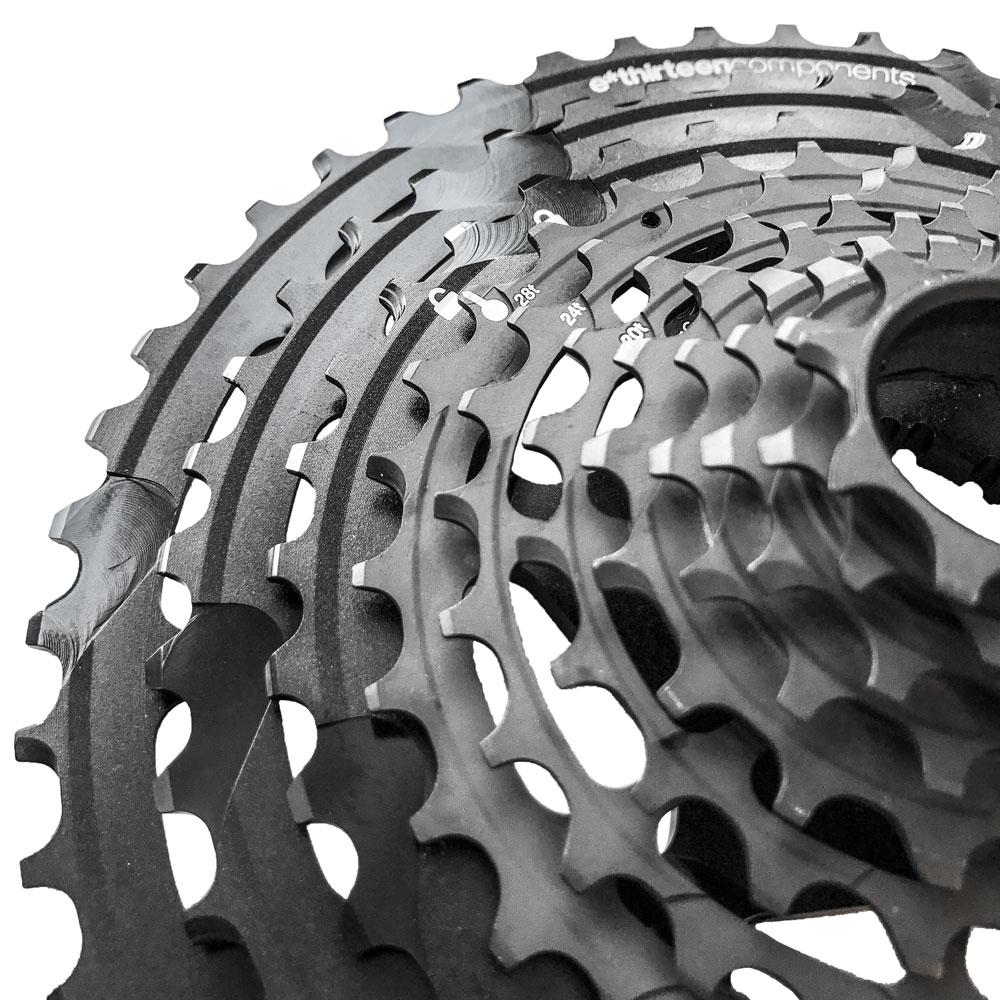 First, let’s compare e*thirteen’s TRS+ cassettes to Shimano’s latest. Shimano is now offering cassettes with a 46T cog, but they are limited to an 11T on the high end. So you’re losing a bit of range there — 418% vs 511%. A Shimano cassette is substantially cheaper — you can find an 11-speed XT cassette for around $60 online. However, they’re substantially heavier. That same XT cassette weighs around 100g more than the TRS+. For the price conscious rider, that’s a tradeoff they’ll likely accept. Apart from the overall increased range, the TRS+ has less of a jump going from the second largest to largest cog — it’s a 7T difference compared to a 9T jump with Shimano. If you’re picky about your cadence, that’s something to consider.

Comparing it to SRAM’s 11-speed cassettes, we again see better range at the top and bottom end — 420% vs 511%. Price wise, the TRS+ falls roughly in line with discounted SRAM X01 11-speed cassettes. SRAM’s X01 cassette beats the e*thirteen on weight, though, coming in around 70g lighter. Don’t expect SRAM to start offering increased range on their 11-speed drivetrains. With the release of their Eagle groups, SRAM has no incentive to improve their “older” drivetrains.

So who’s it for? I think the TRS+ cassette is a good option for the rider who wants more range without needing to purchase an entirely new drivetrain. It’s also a solution for the Shimano drivetrain die-hards that want more range and lighter weight, without switching brands.

Community
From Pup to Trail Dog: How we Prepared our Singletrack...
Gear
OneUp Has Another Steerer Tube Tool Option With Additional Functions
Progression
MTB Riding Position Breakdown: The How and the Why
Community
Should Trail Etiquette Training Be Required?
Subscribe
Login
Please login to comment
4 Comments
Most Voted
Newest Oldest
Inline Feedbacks
View all comments

Bigger range with fewer gears than Eagle? Sounds too good to be true!

It’s tempting, but my biggest concern is durability. I’m 5’11 245 lbs without gear on a 33 lb Kona Process 153. My GX 1X11 cassette shows little wear after 6 months, but ive broken cassettes before(8 speed) and broken more than a couple freehubs. How will the e13 hold up to big guys that like to climb steep stuff?

To follow up on Han-so-slo’s comment. I did read in another review that said this cassette was not as durable over time as the comparable Sram and Shimano cassettes. Whether that’s true or not, or that important IDK. It also said that the shifting was not as smooth as the Sram and Shimano cassettes. So how different it is? Again IDK. But maybe that’s the answer to Jeff’s comment that it sounds to good to be true. Anyhoo, those are a couple of extra things to consider as potential negatives. All in all, it seems like a commendable effort by e-thirteen.

“tiny 9-tooth cog”-such an acute radius is VERY inefficient on a chain-especially a dirty one; AND durability on cogs with fewer than 12 or 13 teeth also suffers greatly. Shimano found this out decades ago with their Capreo cassettes that started with a 9 tooth cog.