A sampler of MTB news from this week:

Bike rescue team rescues missing hikers: Yet another example of bikers helping hikers, this time in Manchester, NH. A group of 4 hikers became lost on Case Mountain this week during a thunderstorm and after alerting authorities of their situation via cell phone the bicycle rescue team found them within hours. Mountain bikes being used to help people? Who would’ve thought 🙂 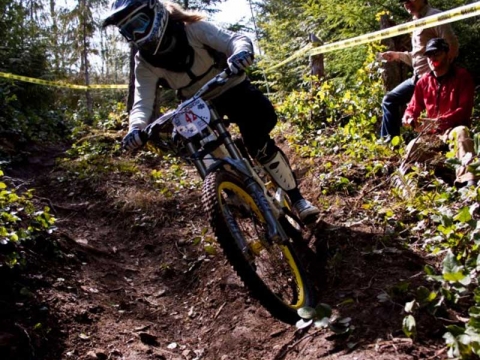 Women are MTB’s fastest growing demographic: That’s good news, but what other demographics are we comparing? If we’re talking gender demographics it had to be men or women… At any rate, more and more women are discovering mountain biking every year and Whistler’s newsmagazine Pique has an in depth article about some of the women who put the men to shame at the MTB park. Good one to pass along to your wife or significant other… 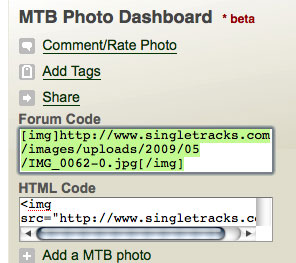 Photo embed codes and contest updates: We’ve added an easy way for you to embed your singletracks MTB photos on forums or other websites using the “share” link found in the dashboard on photo pages. Just click, copy, and paste. For MTB photos, it’s time to kick the photobucket 🙂

The video contest is off to a strong start and it’s super close among the top contributors. There is still plenty of time left to get your video links in and don’t forget you also get points for rating or commenting on trail videos!

Bicycle rescue team rescues missing hikers……..Yeah, who would’ve thought!! This goes out to a recent but also growing disgruntled hiking population. We our all here to help each other, not to fight each other. The trails belong to us all, not just one!