Spank began injecting handlebars with a proprietary foam that they call “Vibrocore” a couple of years ago, and it succeeded in damping vibrations in handlebars substantially. Now, they’re doing the same thing with their new Spike 350 Vibrocore wheels. 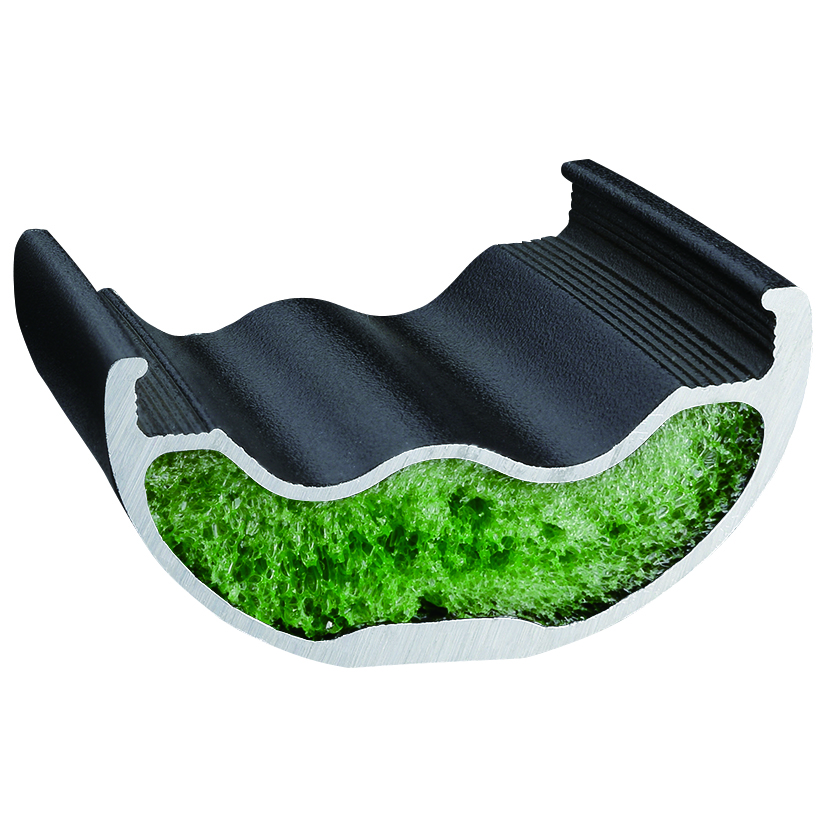 Spank claims that the addition of Vibrocore “increases torsional strength and increases the overall fatigue life of the rim, meaning high durability at a remarkably low weight.” And of course, they claim that it cuts down on vibrations from the trail, meaning that both the fork and the rider have to compensate for less chatter.

Finally, both the Spike 350 Vibrocore and their new Oozy 350 feature a new rim design with sidewalls that are just 17mm tall. They claim that the new rim design reduces deflection of the wheel and “adds lateral stiffness and torsional strength.”

Wheels are the first point of contact between you and your bike, and the trail you’re riding on. And while wheel sizes and standards continue to develop significantly year on year, often to both the rider and the industry’s dismay, very little innovation has been seen in the compliancy and responsiveness of the wheel as this first, most important contact and conductor.

What we have seen in recent years is that bike suspension is continuously evolving and adapting to compensate for stiffer frames and more rigid, deeper profile carbon fiber rims.  This overall stiffer rig is being softened, or counter-acted by both bike suspension, and tire design – not to mention the ever lower and lower tire pressures riders are running.  Rider position (wider, lower, more forward) is also being impacted directly by the bike frame and cockpit geometries which is constantly aiming for a better riding feel.  So surely it is overdue time to re-examine how the engineering of the wheel can become an active contributor to the efficiency of the overall set up.

Spank Industries has done just this.  With 15 years of dedicated know-how in rim and wheel design and manufacturing, and with over 180 rim profiles successfully brought to market by founder and chief of design Gavin Michael Vos, for both Spank Industries and other top 10 rim and wheel brands, Spank Industries releases at the 2018 Eurobike Show, what is probably one of the biggest innovations in rim and wheel development in recent years: The new SPANK SPIKE 350 Vibrocore™ for Downhill and Freeride and the SPANK OOZY 350 for Trail, All Mountain and Enduro.

Against all current market trends, the profile of both the new rims is very low with a 17mm sectional profile height and 35mm outer width, 30.5mm inner width.  In laboratory testing, this lower and wider profile is showing around 30% more radial compliancy compared to a more conventional alloy rim of approximately 34.5mm outer width, 30mm inner width and 22mm sectional height.

This added radial compliancy dramatically reduces deflection of the wheel when it hits abrupt obstacles, rutted corners and roots, for example.  Instead of “jumping” off the intended line, the wheels are able to flex radially and move with the rider’s momentum and the bike’s direction, rather than fight against it.  This is often referred to as the wheel’s “tracking” ability. This forgiving responsiveness will allow riders to start increasing tire pressure again as the wheel will itself contribute towards better traction, improving acceleration and rolling speed, and reducing tire rebound.

With an internal width of 30.5mm, the rim is extremely versatile, fitting tires from 2.0″ to 2.6″ perfectly, and even allowing + size tire use, without negative squaring off of tire profiles.  This means tires act predictably, and cornering traction is more consistent.

The above features and benefits are relevant to both the OOZY 350 as well as the SPIKE 350 Vibrocore™ models being launched.  Unique to the SPIKE 350 however, is Spank Industries’ Vibrocore™ damping system.

The SPANK OOZY 350 comes without the Vibrocore™ foam core, which makes it ideal for Trail, All Mountain and Enduro bikes, looking for a wide profile (and improved comfort and traction), without a weight penalty.

Spank’s Vibrocore™ has been put to the test over the past three years by pro-riders, consumers, reviewers and lab testing alike.  Despite skepticism about how much a ‘foam filled bar’ can really improve rider comfort, the results have been undeniably notable, and have been backed by the data and lab results.

Now Spank has applied the same principles to the rim.  With the significantly heightened radial compliancy of the new SPANK 350 rim, a direct result of the ratio between the incredibly low sectional profile height and the 35mm width, the engineering objective was first and foremost to ensure strength, torsional and lateral, for the higher demands of DH Race and freeride.

While adding just 40g to the overall weight of the rim, Vibrocore™ foam core increases torsional strength and increases the overall fatigue life of the rim, meaning high durability at a remarkably low weight. In fact, Vibrocore facilitates modern rim designs with thinner wall thicknesses in some areas, without any negative effect on strength and resilience. While acting in a similar fashion to the soft tissue inside human bones – which offers inner wall strength by applying an expansive internal load, Vibrocore™ will also dampen certain vibration frequencies, ultimately meaning less vibration for the fork to deal with, and less to the rider.

Data on the frequencies affected by applying Vibrocore™ to Spank’s rims will be available in due course.

Initial testing of both new rims with Commencal Riding Addiction and other SPANK athletes have proven drastically improved ride characteristics and performance.

SPANK Industries works closely with riders in the development of their new products and technologies.  For the 350 rim and wheel R&D, they have worked with Rob J (Rob Heran) focusing on testing the OOZY 350 wheels, but also the SPIKE 350 Vibrocore™, while the Commencal Riding Addiction DH Team (Myriam Nicole, Remi Thirion, George Brannigan, Thibaut Ruffin and Gaetan Ruffin) have been testing the SPIKE 350 Vibrocore™ wheels exclusively.

Check out an interview between Rob J and Gavin Vos during testing in Whistler this month here:

Trail inspired and designed to support the rider equally well on uphill and downhill, while still facilitating maneuverability on and off the saddle, The OOZY 220 saddle features a slight kick-up in the back for uphill, and added lower back support. The form includes design considerations that optimize padding and comfort in the sit bones zone, where riders (men and women), typically experience the most discomfort and pinched nerves which lead to numbness and pain. Adaptive edges in high friction areas, also contour to rider’s personal shape and movement.

The ‘Human Factor’ grip pattern on the saddle upper has been designed to offer forward-backward, as well as sideways anti-slip where needed, and avoid unwanted friction where it counts.

The OOZY 220’s slimmer sibling, the SPIKE 160 enjoys all the design considerations of the OOZY 220, but is streamlined for Race applications and Freeride. 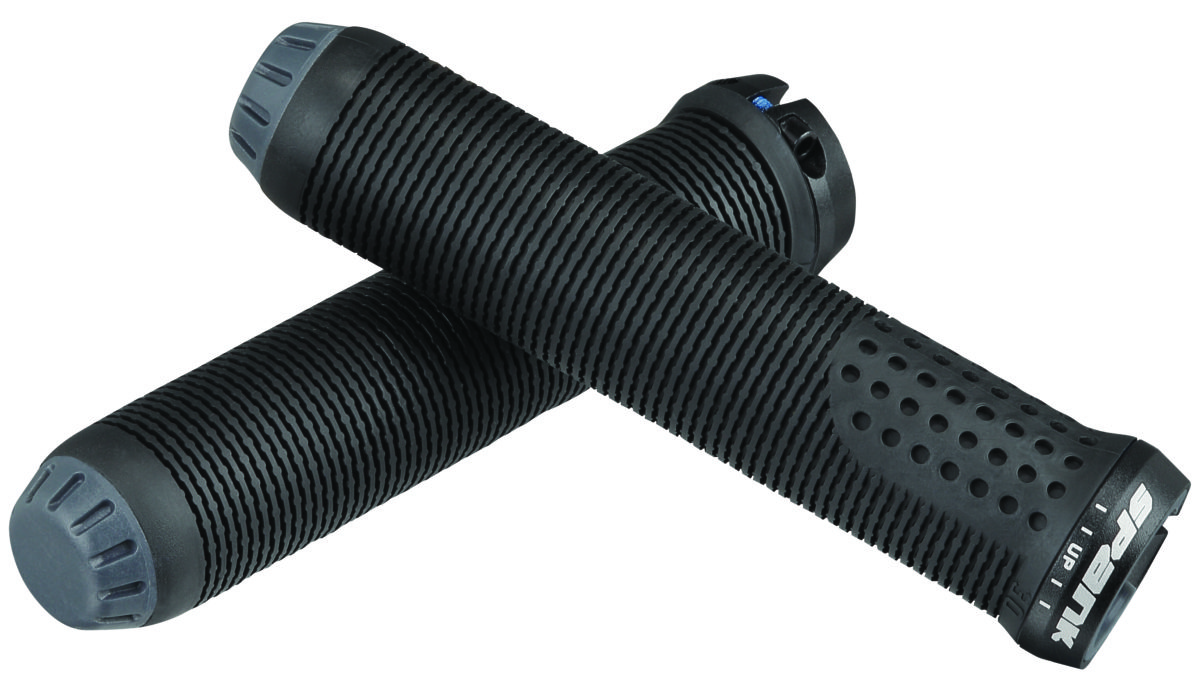 Vibration damping is maximized without the negative feeling of float. Tapered ends ensure comfort for the extended little finger when hands are positioned at the bar extremities for maximum leverage and control.

With a suggested MSRP of USD/EUR 25.90, the grips will be available early 2018 and will be followed by the addition of the ‘plusher’ OOZY 33 Grips later in the year.

Like audiophiles who pay 10,000 for an ethernet cable there will be plenty of suckers.