The Pardus Cyclone is currently a prototype, but prototype or not this full suspension carbon bike was a real head-turner at Outdoor Demo. That’s because the rear shock is fully enclosed inside the Cyclone’s carbon frame. 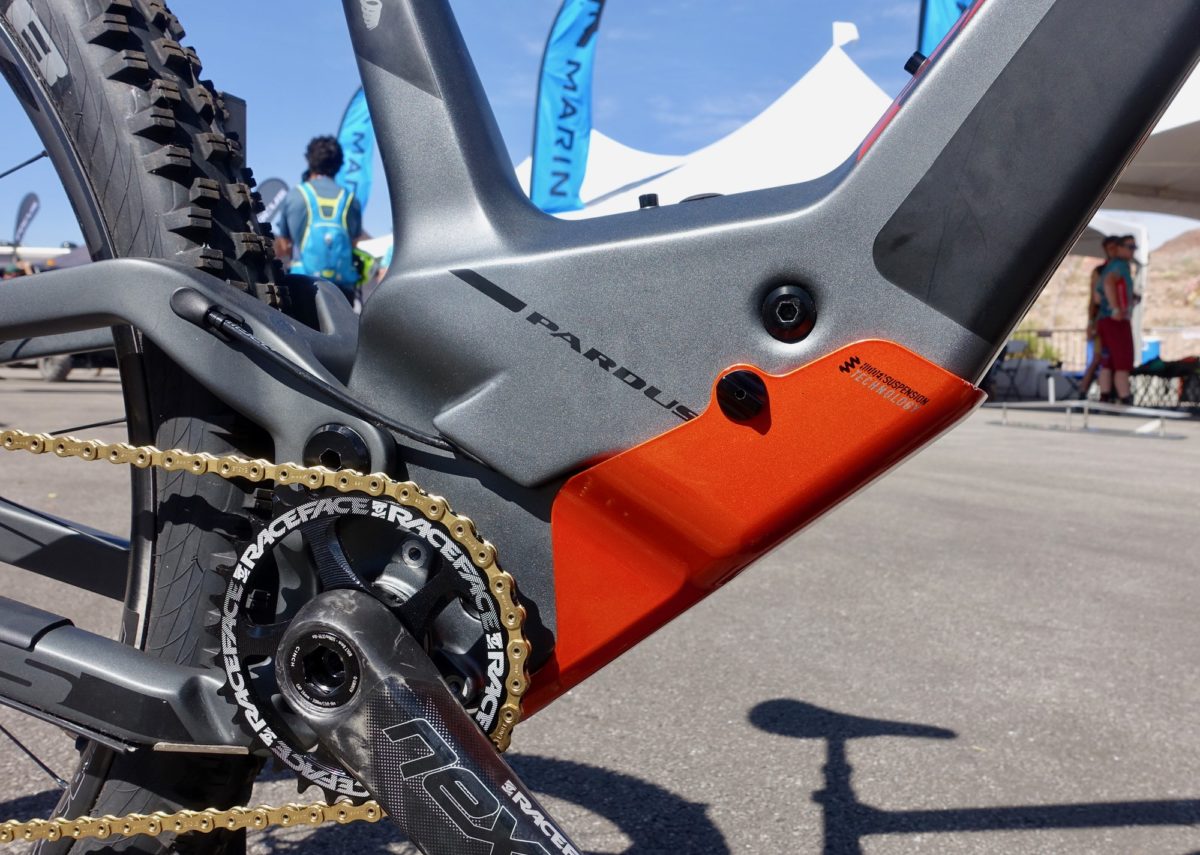 While many passersby wrote the bike off as a novelty, this unique design was created by none other than Steve Domahidy, one of the co-founders of Niner Bikes. Yeah, it’s worth a second look.

The 135mm-travel frame (140mm fork) is designed around the Fox Live Valve shock, which is purportedly coming soon. This shock will feature electronic adjustment and will retail for around $1,200, so Domahidy decided to find a way to keep the shock as protected as possible. To do so, he created the Underlink suspension design to nestle the shock next to the bottom bracket. It can then be completely covered by a removable carbon cover, which doubles as a bash guard.

Claimed weight for the Cyclone is in the 25-26lb ballpark, and according to Pardus the MSRP will be around $5,000 without the carbon rims. For a bike whose rear shock costs $1,200 by itself, that seems like an overly optimistic quote on the MSRP. Availability is still TBD, but it could be as early as Spring 2018 in North America.

Thanks @singletrack for the love.