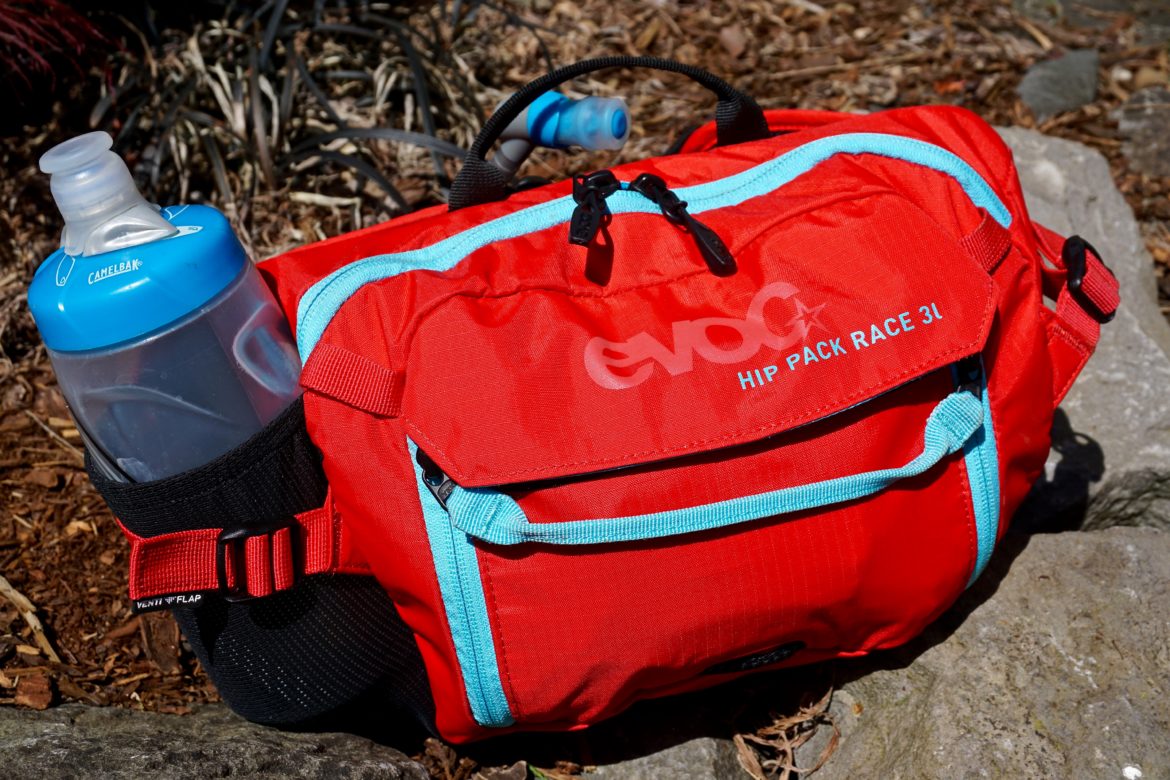 The Evoc Hip Pack Race has a set of large foam inserts which create an open air channel between the pack and your back. This gives the Hip Pack Race a very robust and solid feel. While the added stiffness from the foam felt surprisingly comfortable against my back, it did create stress points at the zipper and seams on the main compartment, especially when carrying heavier loads. The Hip Pack Race has compression straps on each side, and the hip belt adjusts on both sides of the buckle to fine tune the fit. 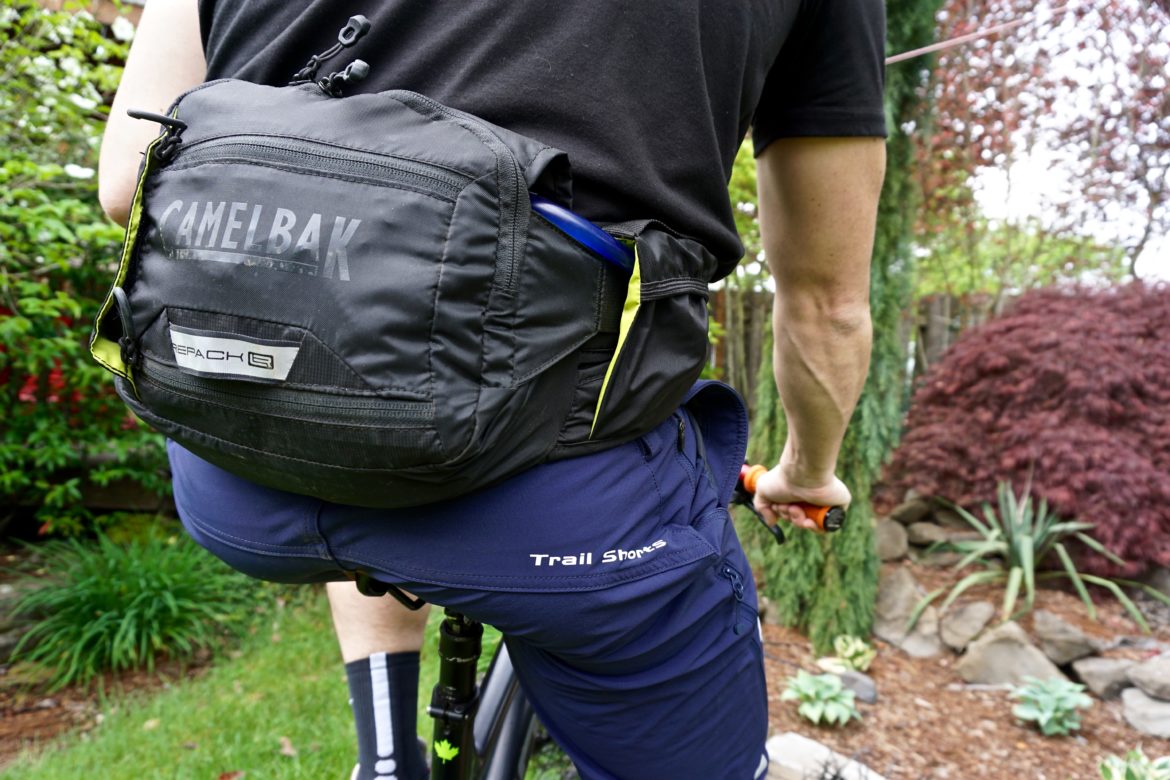 Of the three true hydration packs tested, the CamelBak Repack has the most compact feel. The Dakine Hot Laps and Evoc Hip Pack Race spread the load along the lumbar region more horizontally while the Repack concentrates weight medially. Because the hip belt originates on the posterior portion of the main compartment, it effectively snugs the back into the lumbar region where it might sag without the cleverly positioned belt attachment. Bilateral compression straps cinch the load as water depletes, and both sides of the buckle are adjustable. 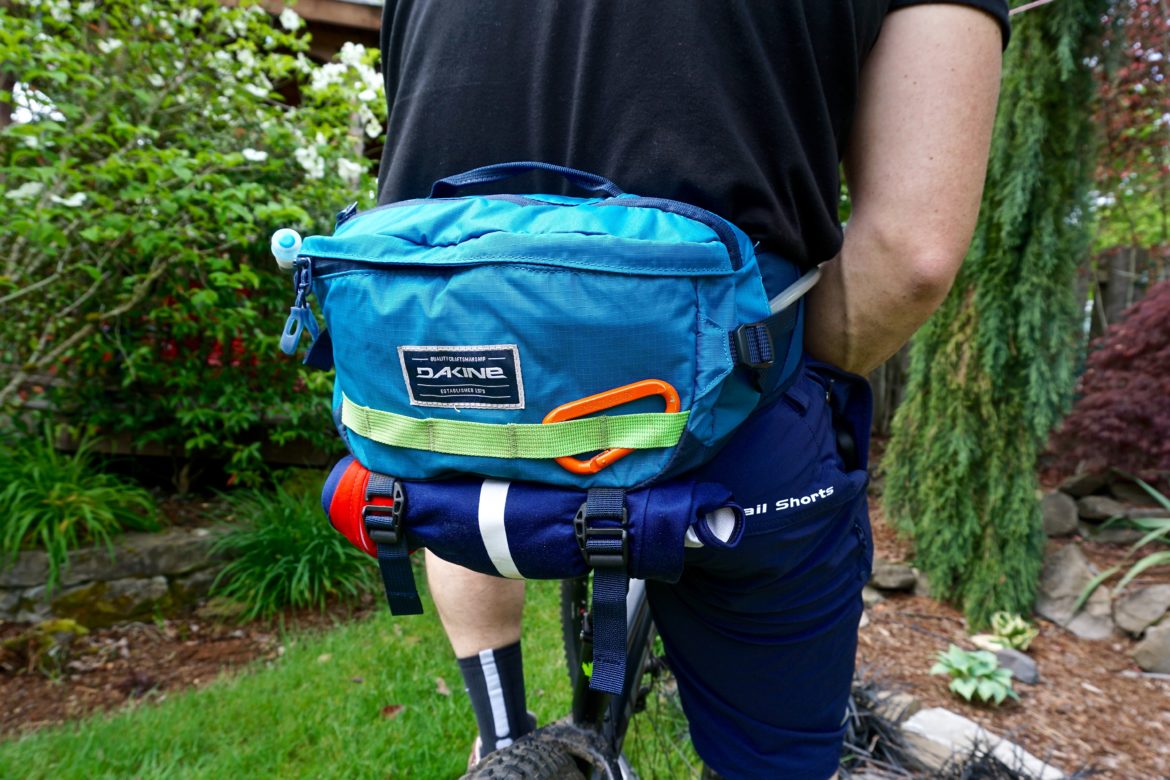 At five liters, the Dakine Hot Laps offers the largest capacity, and spreads the load high and wide. Despite the largest contact area of the packs tested, the Hot Laps performed the disappearing act the best. The minimal padding on the lumbar straps might result in more sweat in hot weather but also cuts down on weight and bulk so the carry felt even and well distributed. The Hot Laps has compression straps on both sides and the hip belt adjusts on one side of the buckle, resulting in a quicker on/off action. 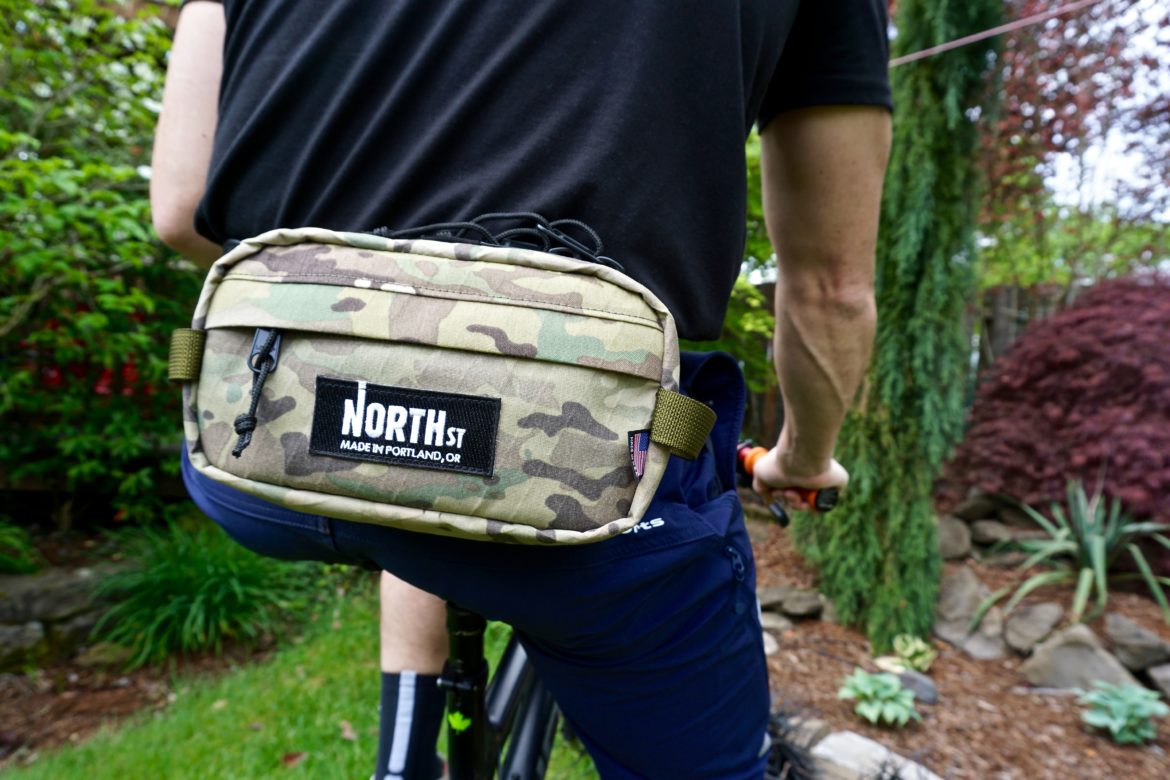 Devoid of all the bells and whistles of its contenders, the Pioneer from North St. Bags feels the lightest. As long as you have alternate means of carrying water, the Pioneer would be the lightest and least bulky option on this list. That said, unless the bag is full, gear tends to rattle around because there are no compression straps and the pack maintains its rigid, boxy structure. 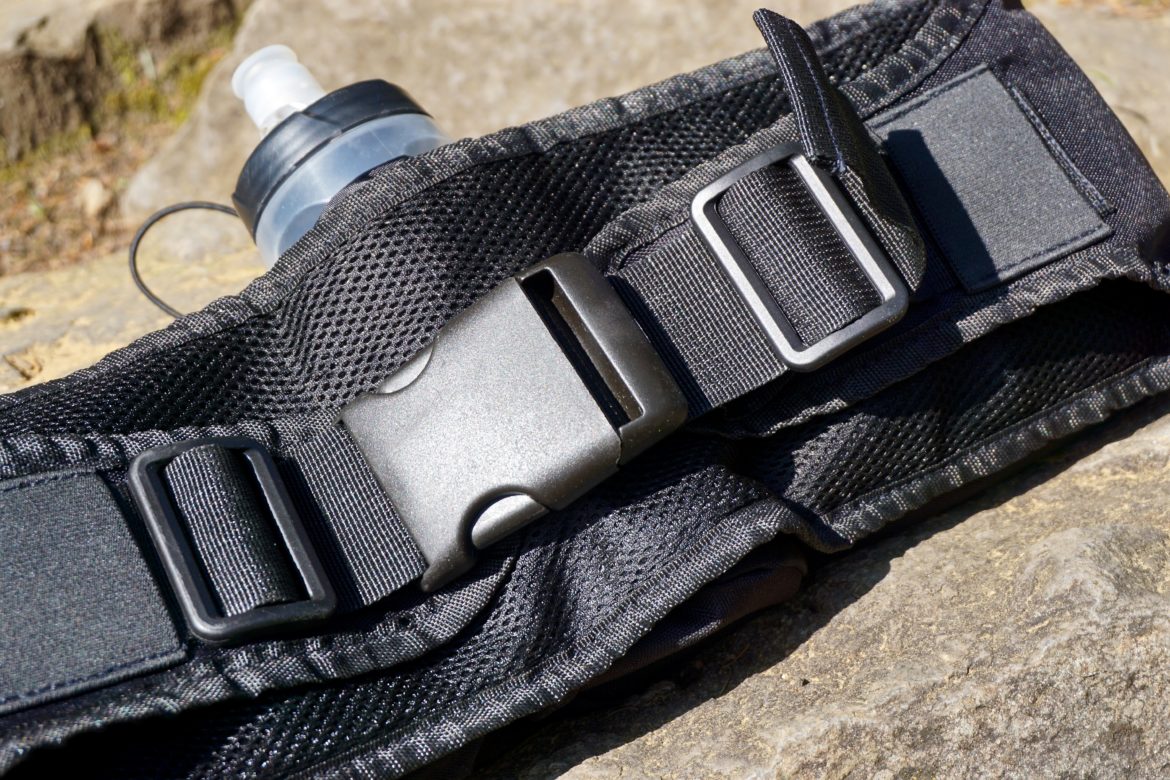 While the Weevil promises better comfort from the larger straps (1.5″ vs 2″), I found the large buckle more cumbersome in comparison. Additionally, the straps — whether too wide or poor in quality — were difficult to adjust and wouldn’t stay cinched.

Since the hip pack throwdown threw down during the cool, wet spring in the Pacific Northwest, I am unable to fully comment on how well each pack ventilates.

The Hot Laps handled weight distribution the best. Surprisingly, I ended up preferring the one-sided belt adjustment on the Dakine more than those with bilateral adjustments. Fewer buckles means less weight and bulk, and it was just easier to fuss with one side rather than two.

Read on to find out how well the hydration systems work for these hip packs.

Progression
MTB Riding Position Breakdown: The How and the Why
Community
Should Trail Etiquette Training Be Required?
Community
From Pup to Trail Dog: How we Prepared our Singletrack...
Gear
Hunt Revises Enduro and Trail Wide Wheels, Still Retail Under...
Subscribe
Login
Please login to comment
2 Comments
Most Voted
Newest Oldest
Inline Feedbacks
View all comments

It took over 30 years for the fanny pack to gain traction again.
If I live another 30 years, the new fanny packs will be marginally different like these I ‘spect.