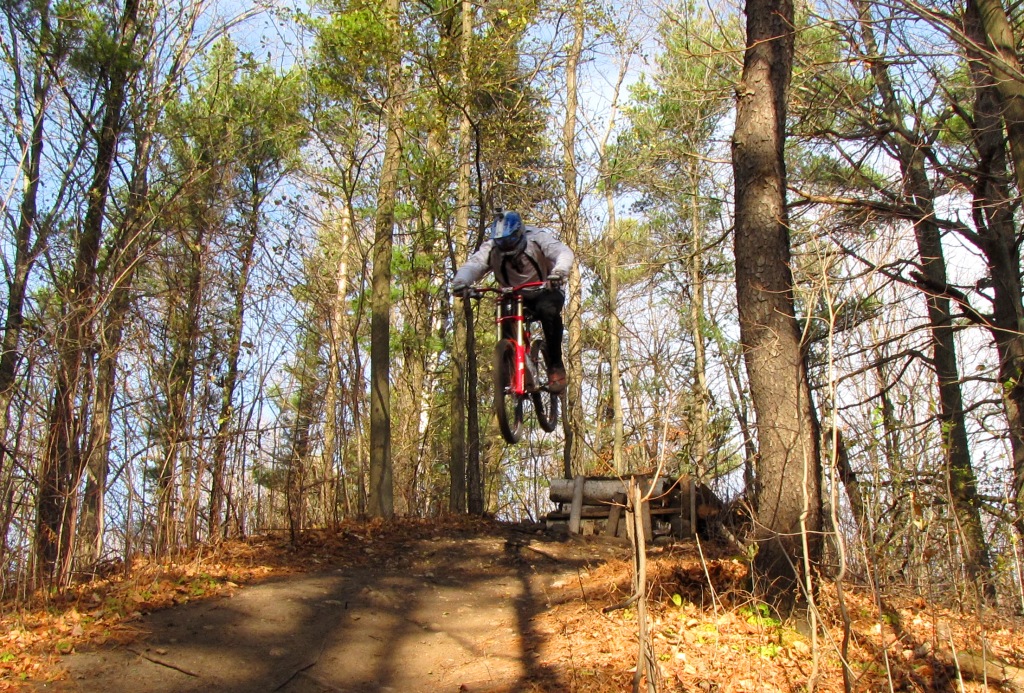 Ohhh yeah! Finally, after what seemed like ages of waiting, my Banshee Legend II is ready to ride – and this past weekend I got to break it in. After the final parts arrived on Wednesday while I was work, I spent the evening getting everything cut, measured, installed, and torqued in place (more on that in a few). 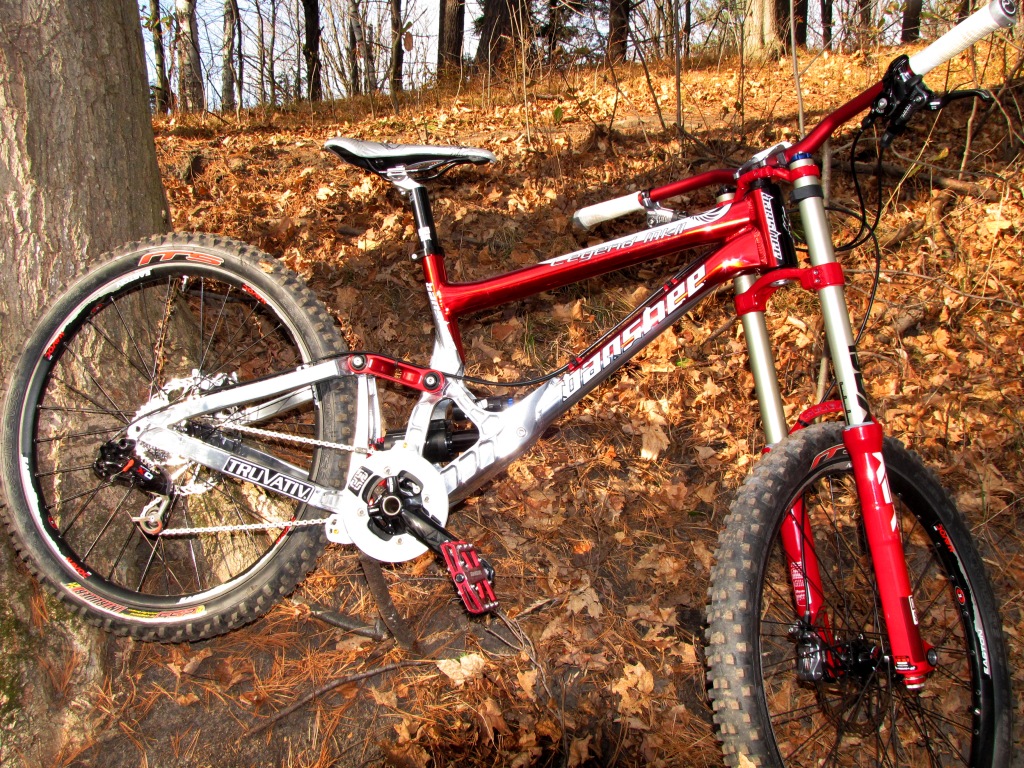 A project bike like the Banshee Legend II is not something you can slap together and hope for the best. It’s important to look at what you’re going to be doing with a bike like this before you even spec the first part. Flying over rock gardens, drops, step ups, and almost anything else, you gotta make sure the bike (and you!) survive. 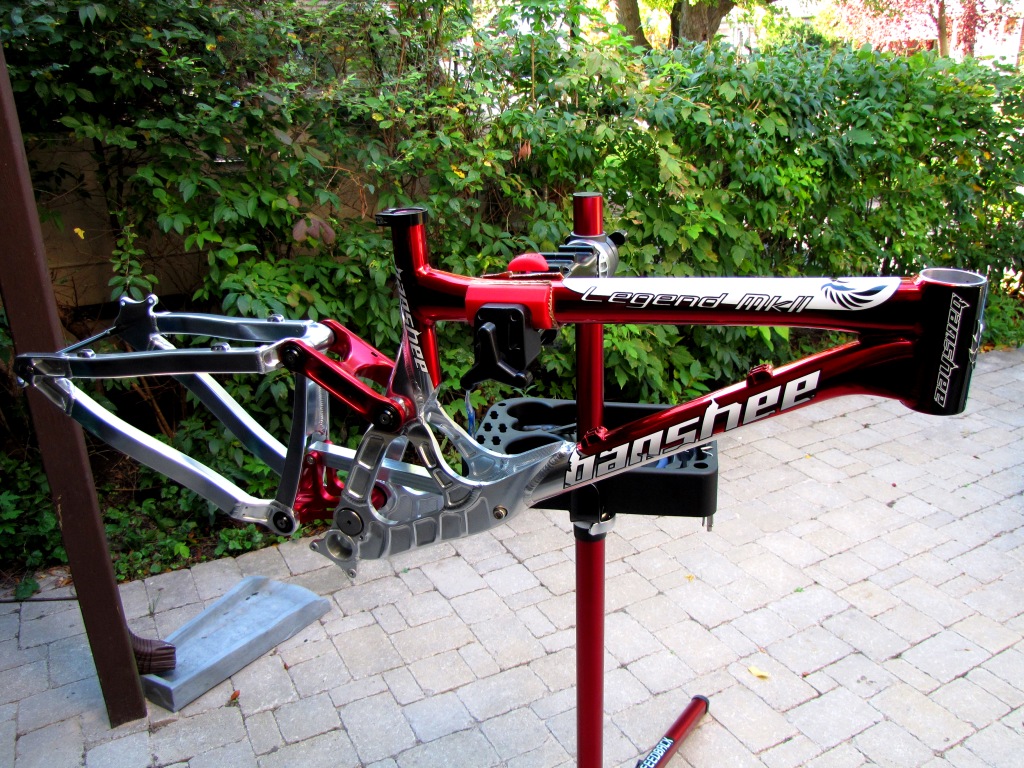 Just after arriving home from Interbike back in September, I was stoked to unbox the Banshee Legend II frame. At that point I already had some of the major components handy so I got most of the bike assembled. I installed a Cane Creek XXc headset and moved my Dorado fork over to the new rig. With a frame that’s worth a lot of $$, you may want to get a pro to do this part of the build, or at least invest in a headset press. I added an Answer DH direct-mount stem and my favorite handlebars, the Answer 780 DH, which pretty much completed the front end.

For stopping power I installed a set of Formula ONE brakes and the like-new Havoc DH wheel set I had on hand from last year (gotta hand it to Easton for building such a great set of wheels). 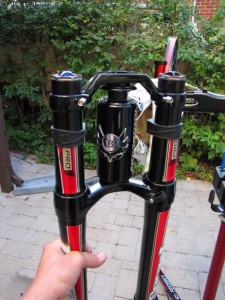 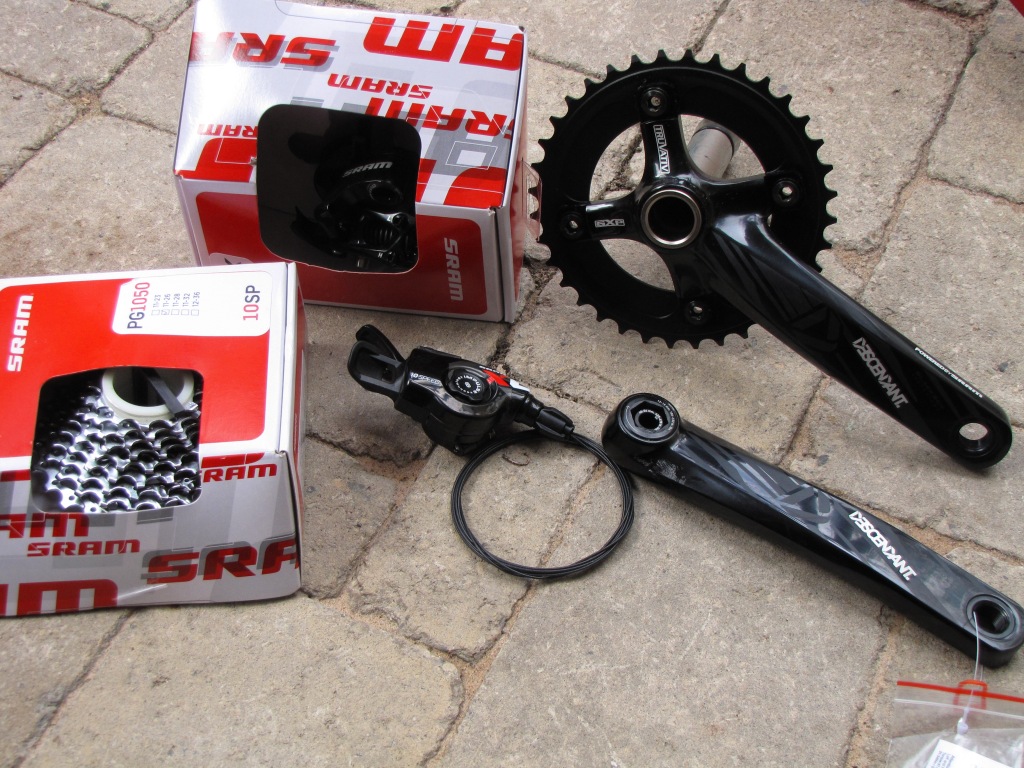 Then, a few weeks back a nice box of components arrived at my doorstep from SRAM with X.O shifting and the new Descendant crank (same one Peaty rides with). Now some may wonder why I decided to put a 10-speed drivetrain on a DH bike (many riders may argue a 9 or even 6 speed cassette is good enough). Three reasons: I’m not interested in butchering a cassette just to get a six-speed drivetrain, 10-speed spacing is tighter so shifting speed increases, and, perhaps most importantly, I’m no pro so I need a few extra gears when I actually have to pedal on the flats. 🙂 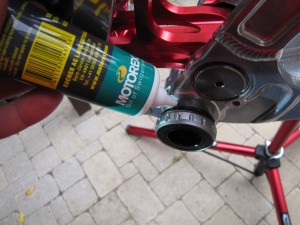 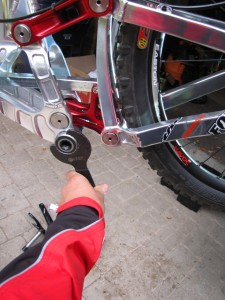 After another long night of installation and getting all the gears perfect and shifting amazingly on the stand, I had to wait on a rear shock and possibly a matching front fork. Well just last week a rather large box arrived, once again from SRAM. I got everything I needed to finish up the Legend plus two other bikes I’m building for next season (get ready for some interesting reviews and great products). This delivery added the new Vivid Air RC2, the BoXXer WC, and the new Code brakes. So yup, I had work to do. Off with the Dorado and on with the BoXXer as well as installing the Vivid and the new Codes. Looking at the bike I realized that this is turning out to be an almost all-SRAM DH bike. 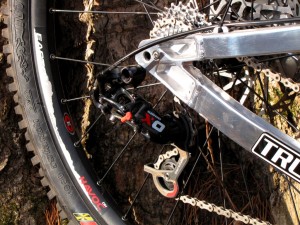 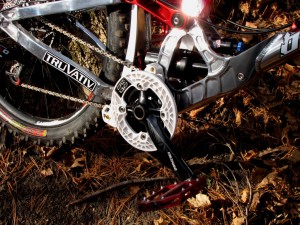 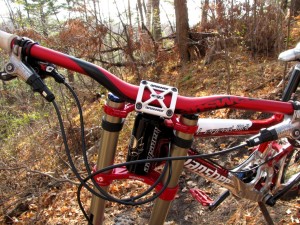 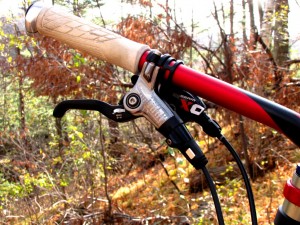 Finishing off the bike with pedals, grips, saddle, and seatpost, I was still a few hours away from completion. Getting the cable and hose lengths just right is important and shouldn’t be rushed. After all, perfection is in the details so I ended up using Gore cables (love those so much!) for the rear derailleur to make sure the shifting is as smooth as possible. In fact these cables from Gore are a bit different from previous versions; unfortunately I can’t tell you how yet (they’re still top-secret). Anyhow, I also spent some time bleeding the Codes after I shortened the hoses; now I was ready for testing! 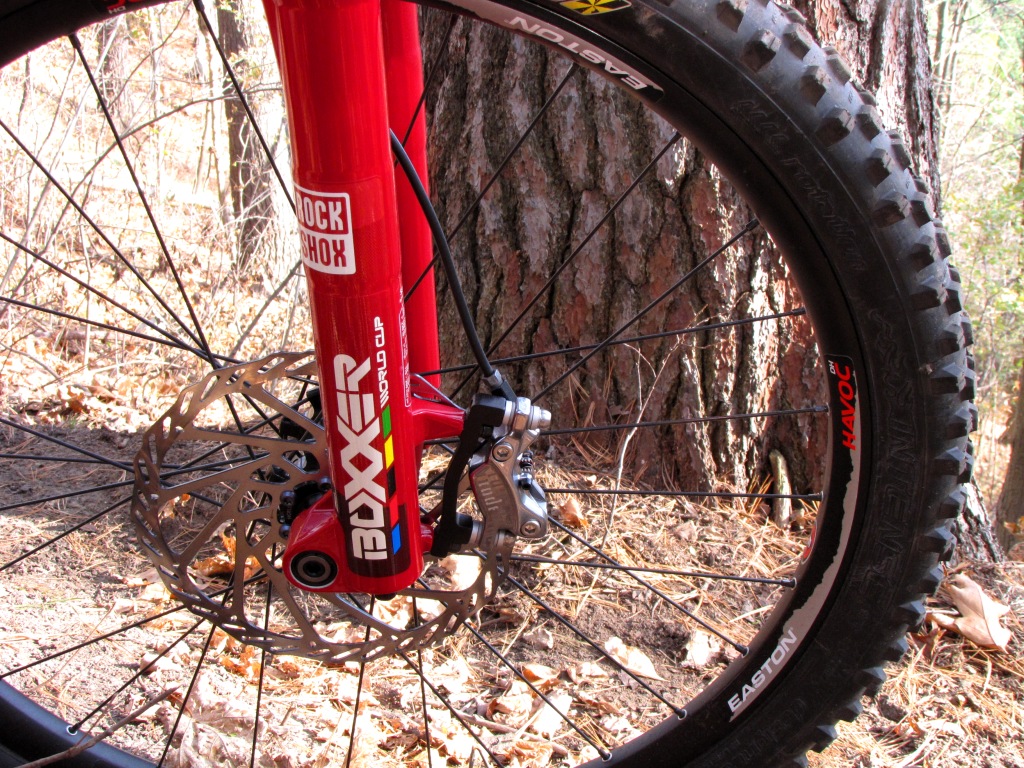 This weekend I took the Legend II to a local area where I could do some DH pre-testing (rock gardens, step downs, jumps, gaps and table tops abound). After a few runs I realized many of the components need a break-in period before they’re operating at full performance. Needless to say I still had a blast and I can’t wait to get more serious test rides in on my project bike. 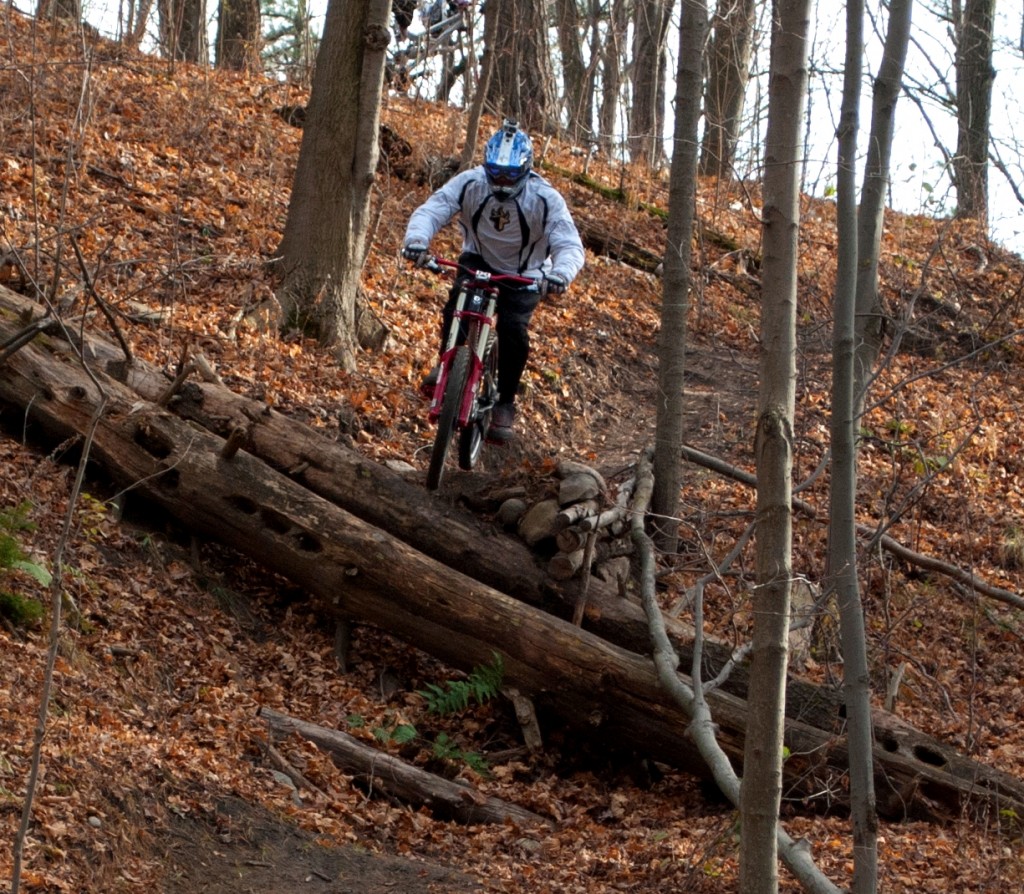 Stay tuned for more reviews on these great products and hopefully some more great AM-DH reviews on other items not yet installed!