In case you hadn’t noticed, Black Friday came early this year at many mountain bike retailers. Like, weeks early. But whatever your feelings may be about the timing of the holiday shopping season, most of us can agree discounts on sweet gear are a good thing. Here is just a sampling of the bike gear deals we found on the internet.

By the time you read this, Chain Reaction will either be in Week 3 or Week 4 of Black Friday. Apparently the Brits have decided to embrace the American shopping tradition, and as a UK-based online retailer, Chain Reaction has clearly decided to one-up its American competitors with a comically early start.

The company has categorized Black Friday deals into Road and MTB deals, and is releasing a new set of deals each week. Customers can also go back and see the deals from previous weeks that are not yet sold out. The MTB deal category is actually pretty impressive, with an 11spd XTR crankset going for $170 (normally $485), Crankbrothers Cobalt 27.5″ wheels priced at 50% off, and deep discounts on apparel ranging from jerseys and socks to jackets and shorts. 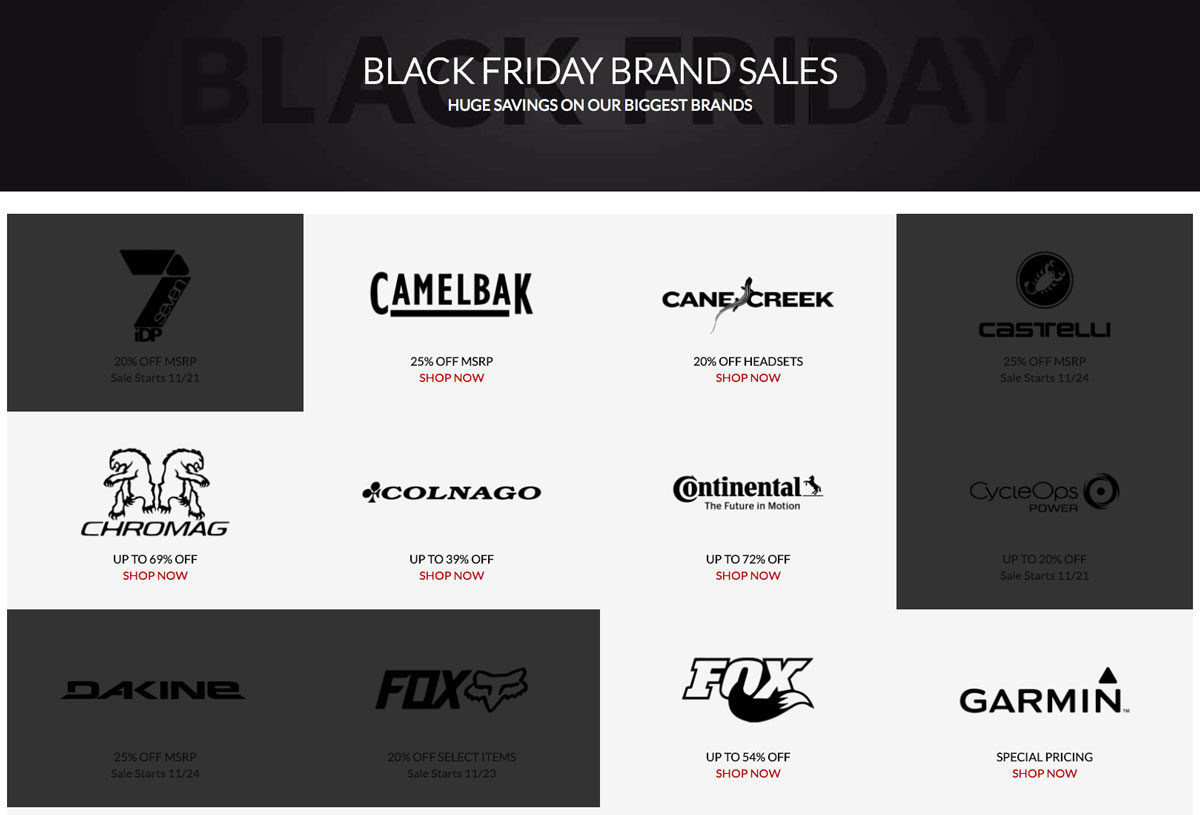 JensonUSA started their Black Friday deals on November 2 (which was actually a Wednesday for those keeping track) and they’ve been releasing new deals literally every day since then. In addition to the deals of the day, Jenson is running brand-specific promotions like 25% off Camelbak and 20% off Cane Creek headsets. These promotions appear to be limited, as you can see from the blacked-out blocks in the screenshot above, which the company is hoping will give shoppers a sense of urgency.

Of course local bikes shops also offer their own deals, so let us know in the comments what your shop is doing for Black Friday / Small Business Saturday this year!

Nashbar was offering an extra 20-30% off the entire website through yesterday, and while that promotion may be officially over, my experience tells me there will be more deals from Nashbar to come… 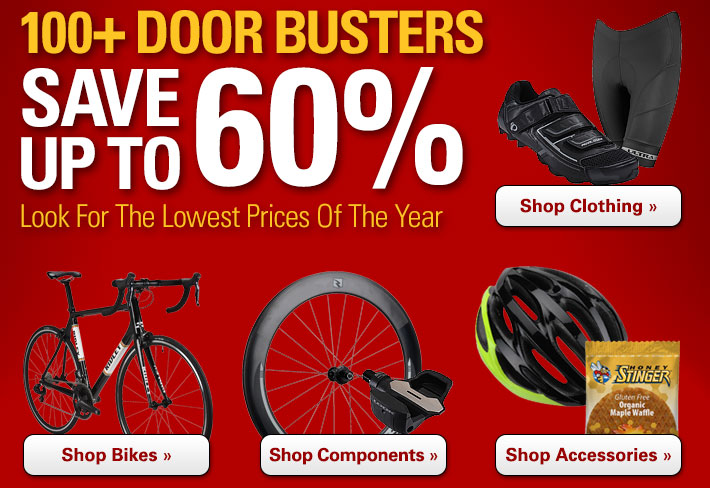 Performance Bike has more than 100 stores in 20 US states, and they also operate an online store stocked with holiday deals. Performance was a little late to the party this year, launching Black Friday deals late last week (though technically, they’re still early but whatever). If that’s not confusing enough, the company is promoting “Door Buster” deals that you can buy online right now.

Ok, once I was able to wade through all the marketing buzz, I actually found a few good deals at PerformanceBike.com late last week, like a 4-bike hitch rack for $175, a WTB Silverado Race SE saddle for $35 (50% off), and a box of 16 Honey Stinger Waffles for about $14. Many of the Performance Door Buster deals seem to focus on road bike gear and house-brand items like Forte pedals and Scattante sunglasses, so if you need something specific, you might be out of luck.

A few brands like Picky Bars are offering deals directly on their own websites this year. Picky Bars sells “great tasting, healthy protein bars [made] from real food” which they are selling at a 30% discount this week only. Black Friday can certainly be a great time to stock up on consumable items like nutrition, just be sure to check expiration dates so you don’t over-commit. 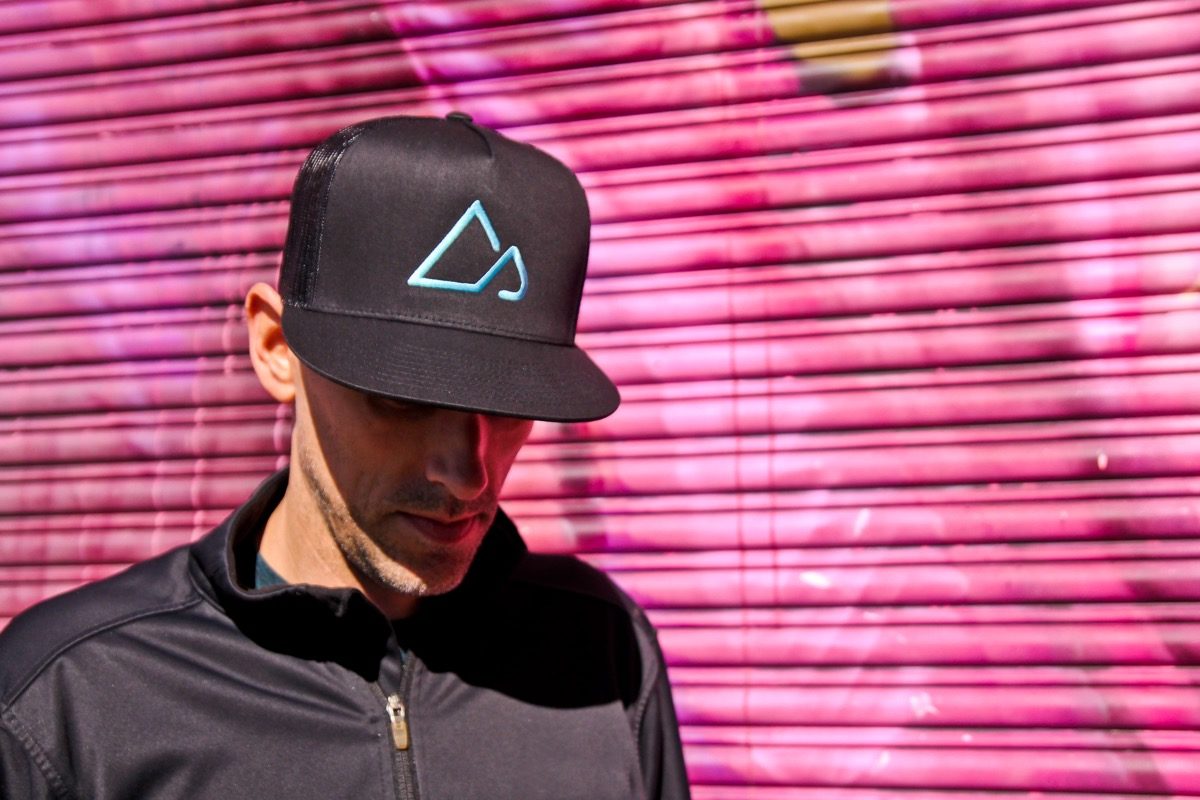 Yes, even Singletracks is getting in on the holiday sales promotions, offering our wildly popular hat plus a t-shirt for $35, a $10 savings compared to buying these items separately. Not only that, we’re offering free shipping within the USA. 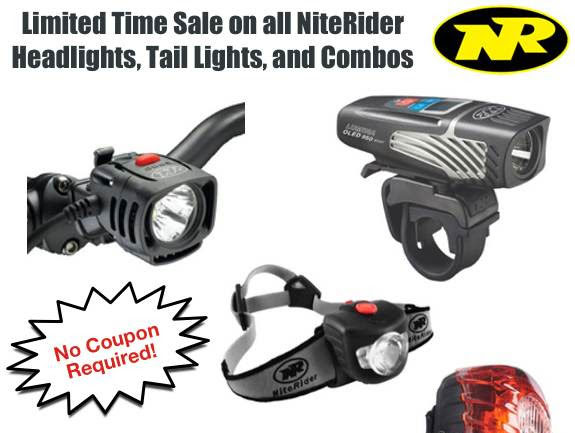 In my experience, Universal Cycles doesn’t offer many discounts, but this year they’re joining the fray with their own set of Black Friday deals. Like JensonUSA, the deals seem to be based around individual brands. For example, the company is discounting all NiteRider lights through Thanksgiving weekend, and a quick check showed most lights were listed at 25% off MSRP. (BikeBling.com is actually offering the same NiteRider promotion too.)

Universal Cycles is also offering general-use coupon codes, for example 10% off $100+ orders and 15% off $300+ orders. These codes seem to expire quickly so it’s important to check the website (we’ll try to add a valid code to this article if we find one that hasn’t expired).

Know of any deals we missed? Share them in the comments!

20% off any full-suspension Orange Mountain Bike by using the code THANKFUL2016 at checkout. Good through Cyber Week (Dec. 3).

A few others too…