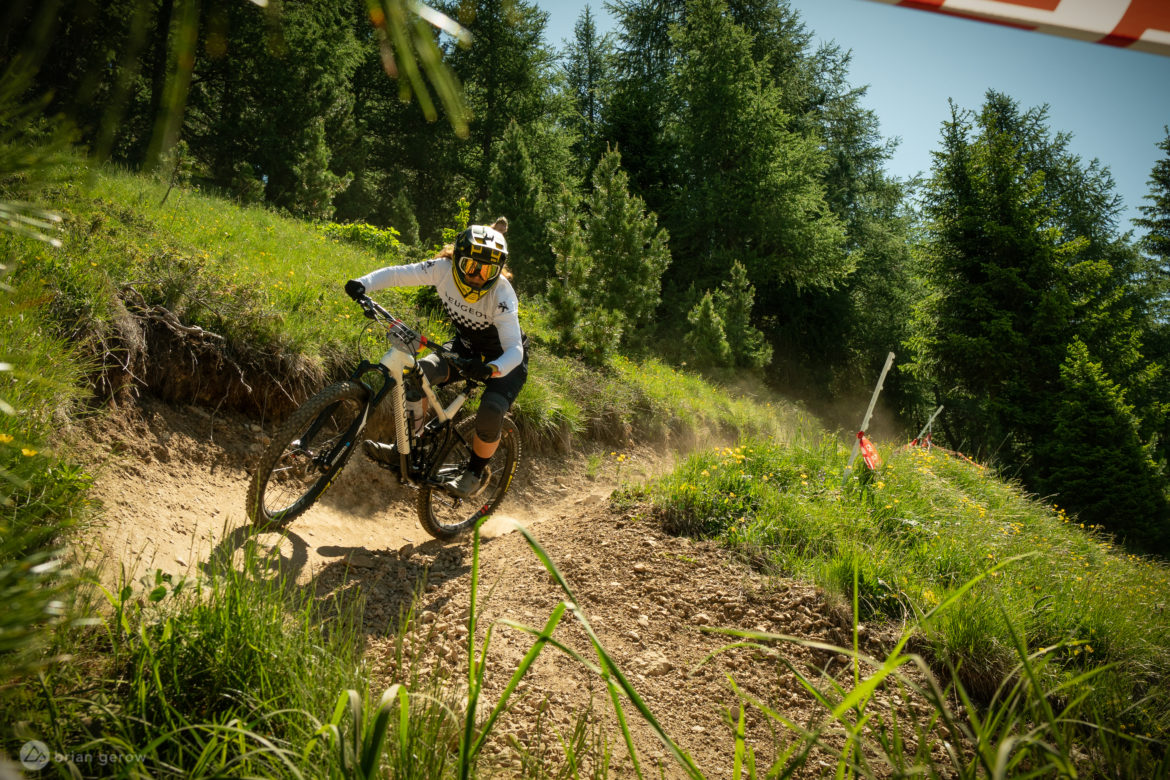 Shifts in geometry and spacing standards on long-travel trail bikes have slowed their metamorphic roll over the last three years. Most frame designers have settled in with some fantastically performing, long, low, and slack descent-bred machines that can be pedaled back up for more fun. Riders would be hard pressed to find a truly “bad bike” in the enduro category today.

A contemporary enduro bike travels between 150 and 170mm at the rear axle, with 150 to 180mm of fork travel leaned into a 64° to 66° headtube angle. These days they seem to roll on 29-inch wheels more often than 27.5-inch or a mullet mix. Boost axle standards have found a momentary rut to ride, handlebar widths reached their “giraffe drinking water” spread limit, and trail squeezing stones have relegated tire widths to 2.6″ max on race bikes.

With fewer differences between frames and builds, what is the magic behind winning races these days? Is it all about the rider, the mechanic, the kinematics, having the best sponsors and support, mental preparation, suspension setup, gym time, track time, and/or maybe even pre-race sandwich toppings? I will argue that the winners are folks who have found a balanced combination that bolsters their strengths and personal challenges alike.

Below is an analysis of the bikes that have been ridden into the top five steps of the Enduro World Series overall podium throughout the past four seasons. We have included the pro women’s and men’s fields, as well as the women’s and men’s U21 categories to diversify the selection. Let’s see if there are any significant mechanical variables that lead to success, or if it’s truly all in the athlete and their support team. 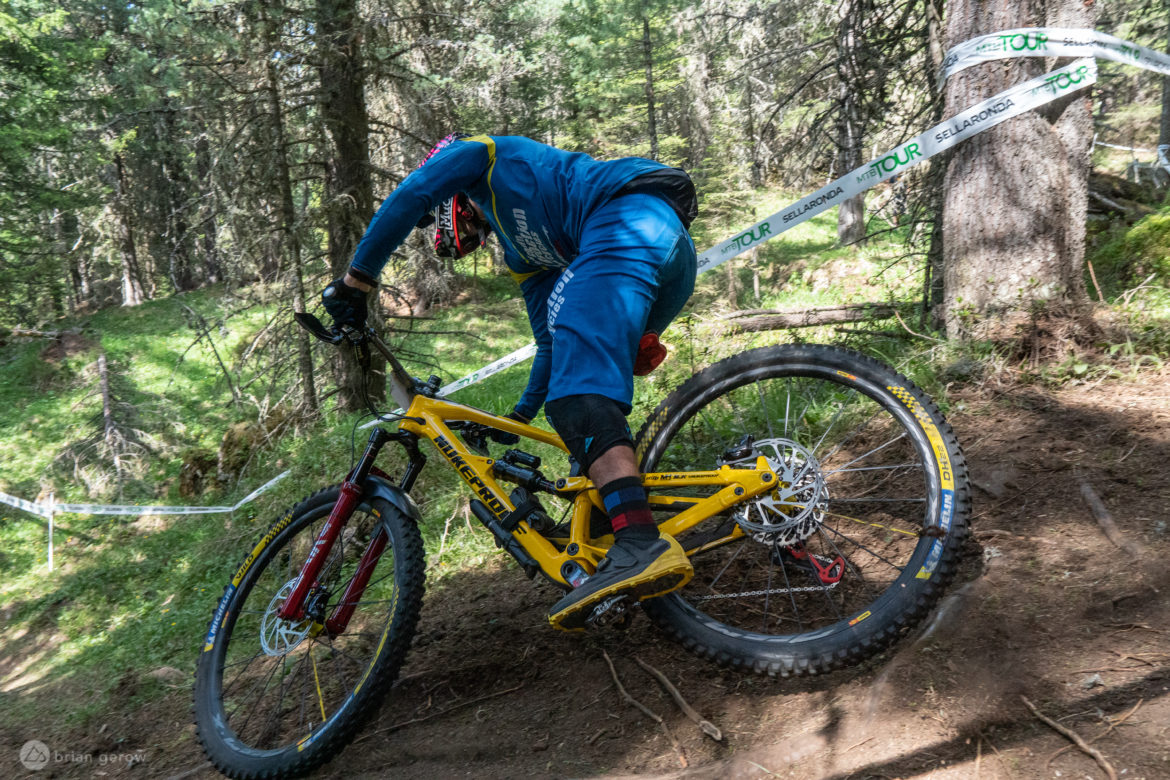 In total, there are 80 slots between the four categories of top-five finishing riders over four years. After tallying up the top five riders’ bikes from the past four seasons of EWS racing, the bike with the most top-five finishes is the Ibis Mojo 4/5 with 7 spots (8.75%) in the spreadsheet. Part of the reason the Mojo sits at the heap’s peak is that both of the Gehrig twins rode for Ibis during two of those four years, and were dominating the sharp end of the series. The Swiss sisters now ride for Norco, and will surely be putting in some good results on those bikes in the future.

The second most winning bike on the top five result sheet is the Commencal Meta AM 27/29 (7.5%). The Meta’s prowess is largely thanks to Cécile Ravanel‘s domination in the women’s field, and the smashing performance of her protege Antoine Vidal. It’s safe to say that any modern enduro bike Ravanel rides will be on the podium, similar to Sam Hill‘s Nukeproof Mega that slots in with five (6.25%) top results over four seasons. The Rocky Mountain Altitude and Specialized Enduro frames also received 5 top results in the same amount of time, though Rocky Mountain bikes were largely piloted by their factory team, and Specialized bikes have been more spread across the fields. 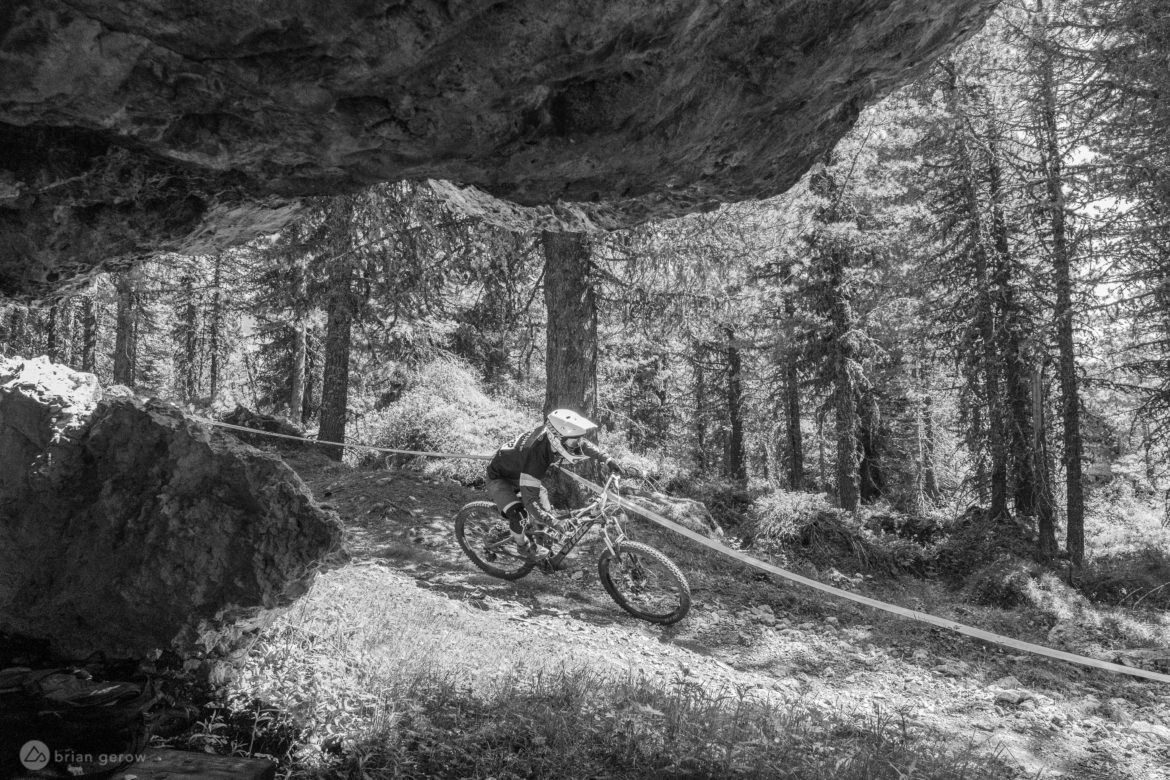 With a waning four appearances (5%) in the top results, the GT Force, Kona Process 153, Lapierre Spicy, and Sunn Kern EN27/29 have been ridden hard by the best in the business.

Finally, five more bikes made the top five stage on three separate occasions: Cannondale Jekyll, Cube Stereo 160, Devinci Spartan, Trek Remedy, and the Yeti SB6. Though there were a number of bikes that only followed one rider to the overall podium, It didn’t make sense to include them in the overall analysis and discussion. The two bikes that slid to the overall podium only twice are the Banshee Spitfire and Canyon Strive.

Does this analysis tell us anything about these bikes, riders, or brands?

With the Commencal Meta holding the largest share of the pie at 8.75%, no one bike or brand is dominating the sport. Part of this could be related to the fact that enduro is an individual endeavor. For example, four riders on a factory team might place 4th, 20th, 80th, and 85th overall. Brands hire riders for a variety of reasons and results are only one component of that decision. Additionally, many of the bikes in the top results are ridden by privateers or folks who might receive a frame for the season, but no other support. Several of those folks swap frames every year while maintaining impressive results. Those riders’ results are based on their own hard work, and not on whatever frame their components are bolted to. 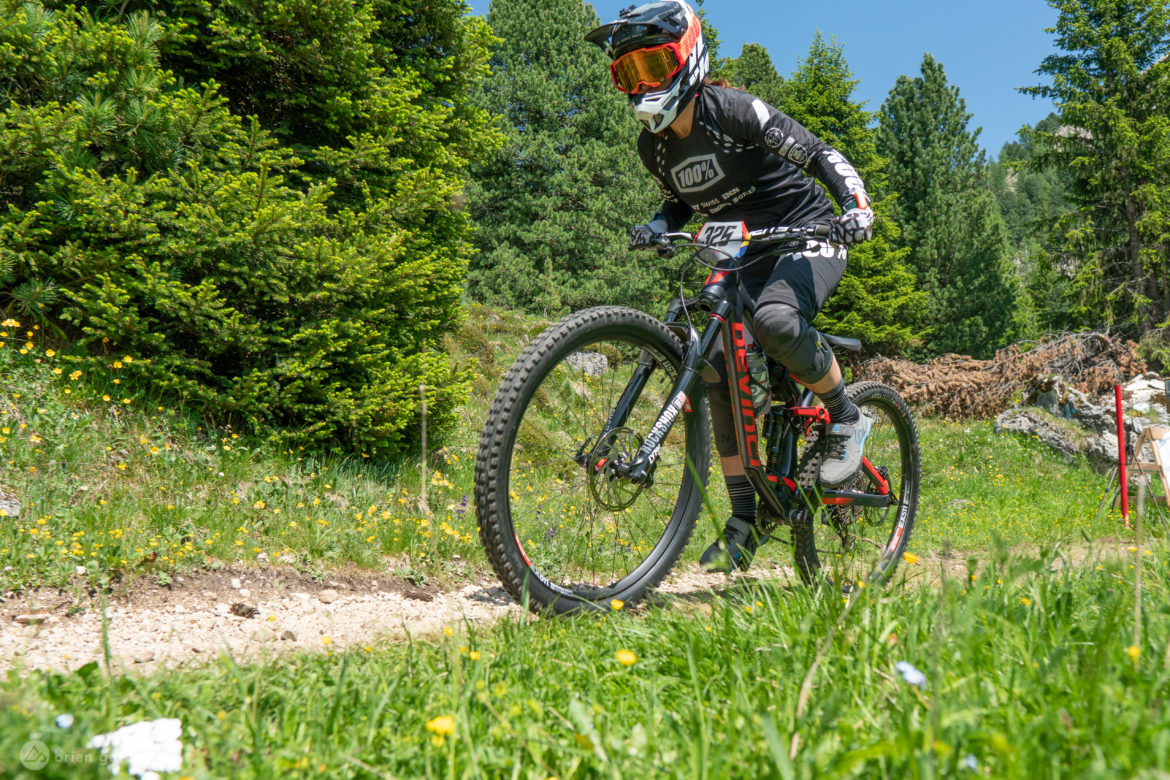 Changes in suspension brands and tire sponsorships could arguably make a larger difference for riders at the top of the sport than a frame swap, and for some teams, those changes come with every new season. The Giant Factory Off-Road Team has swapped between Rockshox, DVO, and now Fox suspension over the past three years and their riders have adapted well to the nuances of those different platforms.

The largest brands are not necessarily those supporting top-level enduro racers. While there are bikes from Cannondale, Giant, Specialized, and Trek in the mix, the brands with the largest budgets are not the ones we typically see dusting the podium. Other industry leaders, like Merida, Scott, and BMC, are absent from the list entirely. All of those brands sponsor riders and teams, but none of them has managed to sign a rider who can pilot their bike to enduro victory in recent years. 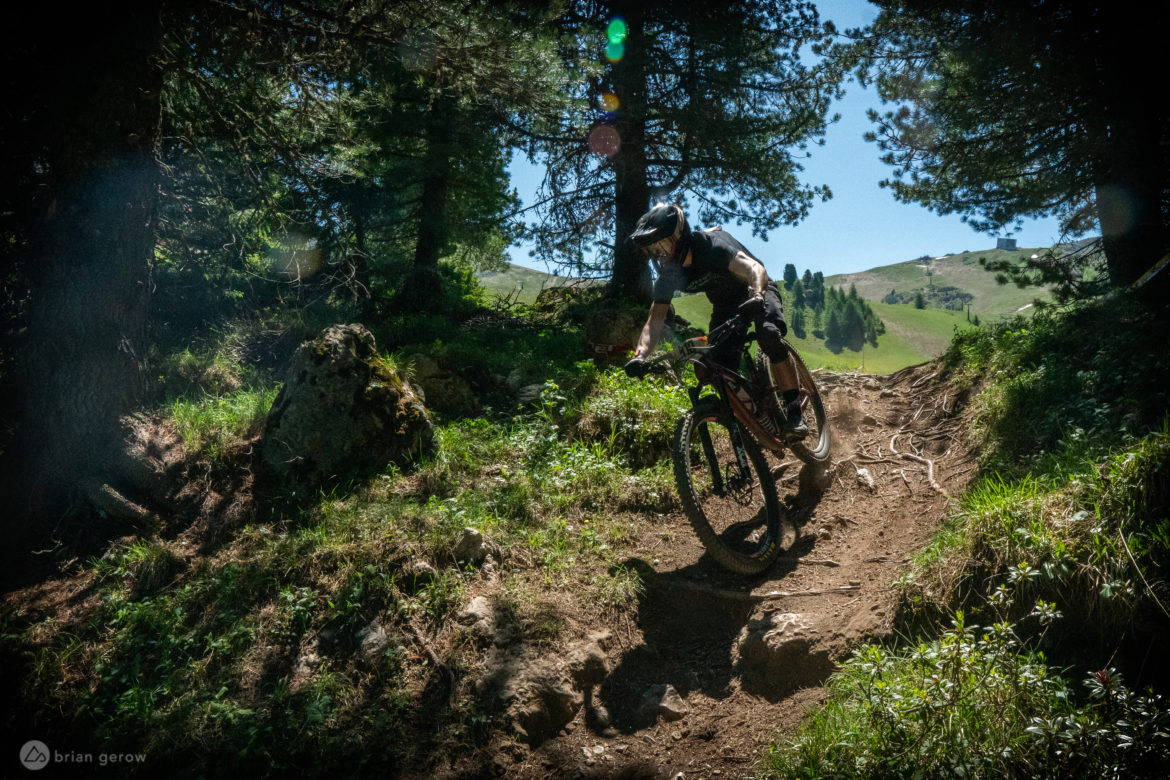 As riders change brands or wheel sizes, they continue to race well. Some of the best enduro racers in the world have swapped brands and bikes over the past four years, and their results have not changed much as a result. Isabeau Courdurier went from the Sunn team to Intense, and Florian Nicolai from Rocky Mountain to Canyon, Kevin Miquel from Commencal to Sunn, all while racing at the top of the sport. Nearly every bike in the eighty top slots has swapped 27.5 wheels for 29-inch hoops, and most of the riders who were around for the diameter transition earned similar results on either size, though most of them also have a preference.

One final element that arose out of this brief analysis is that women and juniors are far less likely to ride on fully supported teams with UCI affiliations. Within the top 80 slots, roughly a third of the elite women’s EWS results were not registered with a specific team, and larger portions of the U21 women’s and men’s fields were generally unaffiliated. Why is this relevant in a discussion about the top riders and their bikes? Without the support to travel to races and keep their bikes running properly, privateers and riders who lack race day support have a drastically lower chance of performing well. When the competition has someone cooking them dinner and making sure their favorite new tires are mounted properly, it matters. 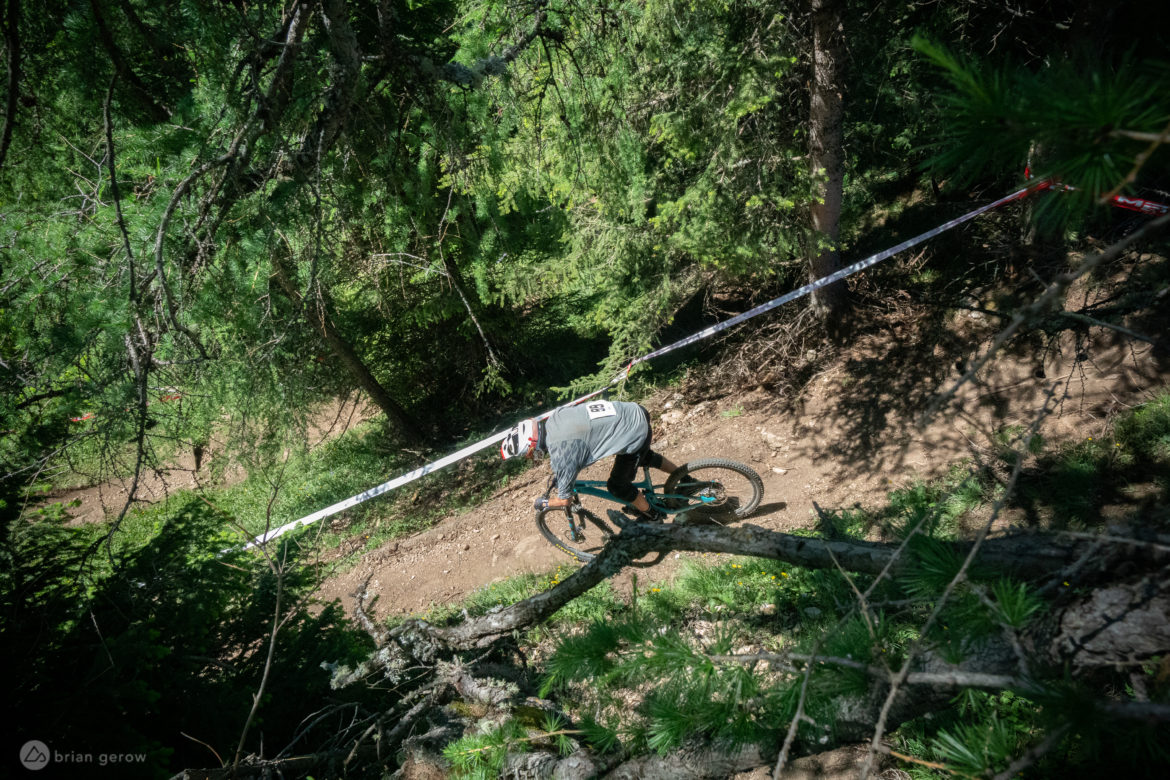 The rosters of most elite teams typically support one woman, at most, among their ranks, and often no U21 or junior riders. The top five ranking teams in the 2019 EWS overall are Canyon Factory Racing (1 woman, 3 men), Rocky Mountain/Race Face Enduro Team (1 woman, 3 men), Chain Reaction Cycles/Mavic (1 masters-men 40+, 3 men), GT Factory Racing (1 woman, 2 men), and Cube Action Team (1 woman, 3 men). The mechanical and logistical support of a team is a massive piece in the peak-performance puzzle, and there is some clear male bias in those team hiring decisions.

German rider, Raphaela Richter, was only able to show up to two races this season. She earned second place in Les Orres, France, and third in Zermatt, Switzerland. Anecdotal evidence suggests that if she regularly experienced top-level competition, she would be winning EWS races. All riders need to experience the speed of a particular race field before they can properly adapt to it. With proper team support, riders like Raphaella could be dominating the EWS. 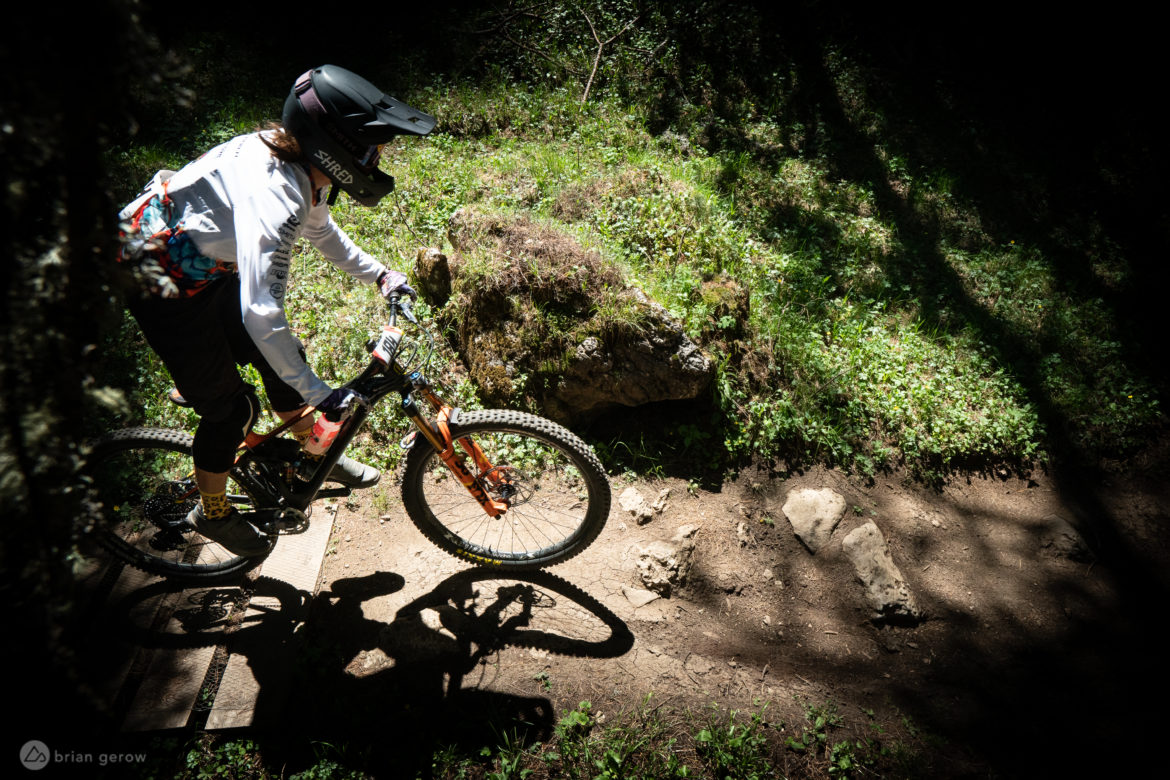 The abbreviated story here is that bikes don’t win races, but racers do, and they do it better when backed by a solid team of knowledgable folks. With such a wide variety of great bike models on the list, and those that appear more than once taking up small slices, It’s safe to say that there is no one bike or brand that is better suited to win an enduro. We will all just have to train harder.