In addition to being a photographer, my buddy Michael is also a heck of a rider. Due to our size difference, he was able to ride some stuff at Outerbike that I didn’t get to try.

I tried to grab a ride on this full suspension XC bike, but my size was always out. The Atlas employs an adjustable suspension design that allows the rider to change the geometry between slack and steep for different trails, but we didn’t get a chance to mess with it. Michael took it for a spin and said it was a solid handling bike that performed well on the varied conditions at the Brand trails. 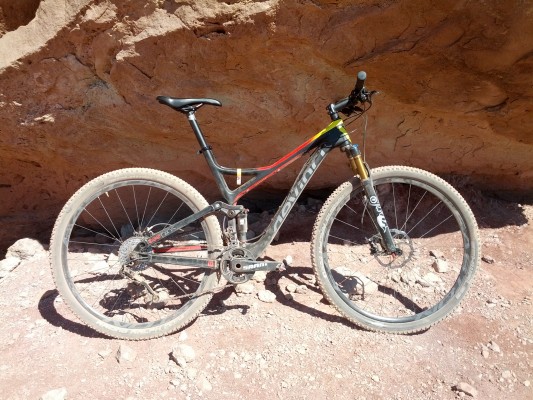 With its 64° head tube angle and 8.5″ of travel, the Wilson is designed to go one direction: downhill. (The Wilson also employs Devinci’s adjustable geometry, but again we didn’t get a chance to mess with it.) 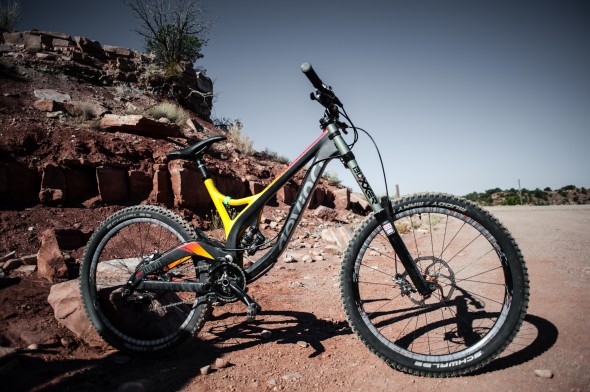 I shuttled Michael and the Wilson to the classic Porcupine Rim Trailhead and he headed up the initial 3 miles of climbing. He texted me a little bit later that going uphill on this DH bike was brutal. This is definitely a bike for shuttle runs and lift serviced trails. 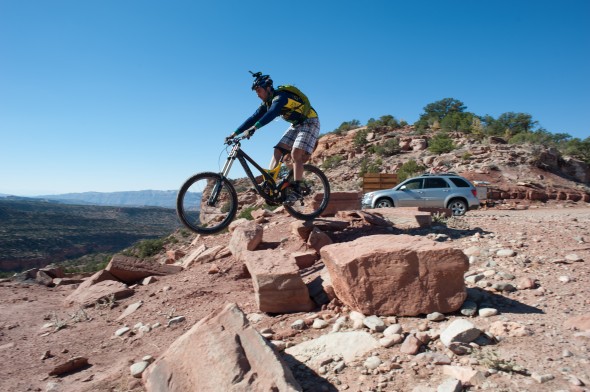 However, once the trail turned downhill, Michael said the Wilson was awesome. Major trail features like The Diving Board and other large ledge drops were like dropping off a curb, and he was able to push the bike really hard until he flatted almost at the end of the trail. (Someone had installed a thin XC tube in the front tire and it just didn’t hold up.)

Watch for this model to pop up at the major lift-serviced areas next spring and grab a ride on one if you can.

Michael and I were both impressed with the various Devinci bikes we checked out. These guys are definitely bringing their A game and their bikes are worth a hard look when you’re shopping for your next ride.

This is one of Intense’s two new 650b offerings and there was a lot of hype around their tent. After riding the Tracer 275 Michael was underwhelmed, describing it as “clunky” and “sluggish.” He said that the Turner Burner was way more lively and fun to ride. 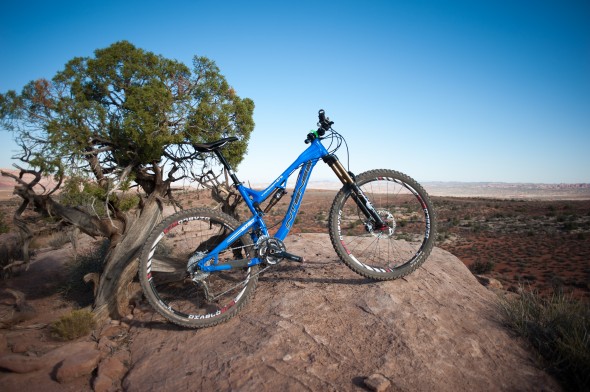 Cannondale was a popular tent for demo riders and Michael managed a ride on both the F29 carbon hardtail with the lefty fork as well as a Jekyll all mountain rig. He said the F29  was incredibly light and handled well. The lefty fork was plush and overall it was a decent handling race bike. 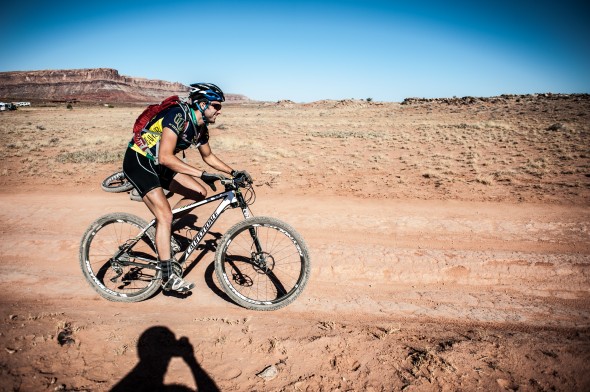 The Jekyll’s claim to fame is its on-the-fly adjustable front and rear suspension. Michael found it to be a good handling bike, but heavy and sluggish when accelerating. 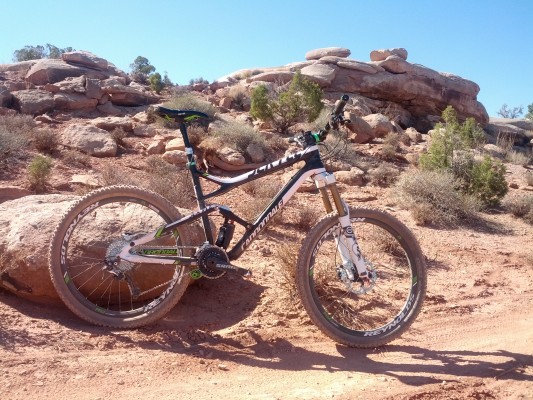 I was unable to ride any Cannondales, as they didn’t bring a size small in ANY of their models. None. Zip. Nada. So I’m gonna go hang out with Tyrion Lannister.

The original 26″ Superlight has almost a cult following among XC riders out here in the Southwest, so when Santa Cruz introduced the 29er version it was heavily anticipated. Michael brought the Superlight 29 on the undulating slickrock of the Circle O trail. (The same trail where I rode the Jamis Dragon steel hardtail.) When riding this bike, his calves rubbed on the seat stays whenever he got out of the saddle to pedal (and his calves aren’t even as big as mine :D. ) This proved so annoying that it was hard to evaluate the bike on the rest of its merits. If you’re in the market for one of these, definitely give it a solid test ride before committing. 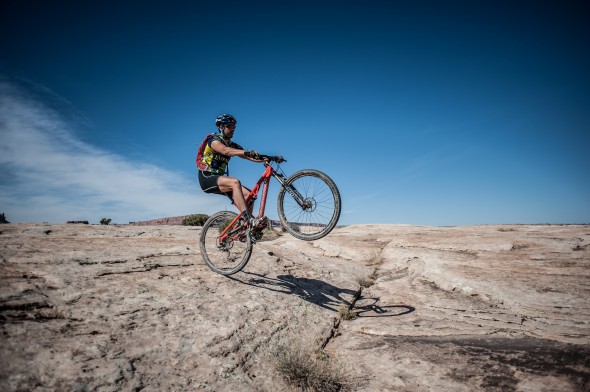 Michael’s stated goal for Outerbike was to “take some pictures and ride the crap out of a bunch of bikes.” 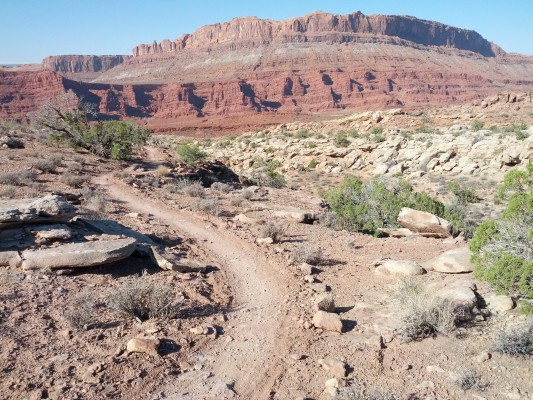 Great pics, looks like Michael got to test ride a good variety of bikes!

He’s a lot faster rider than I am, so statistically … 😀