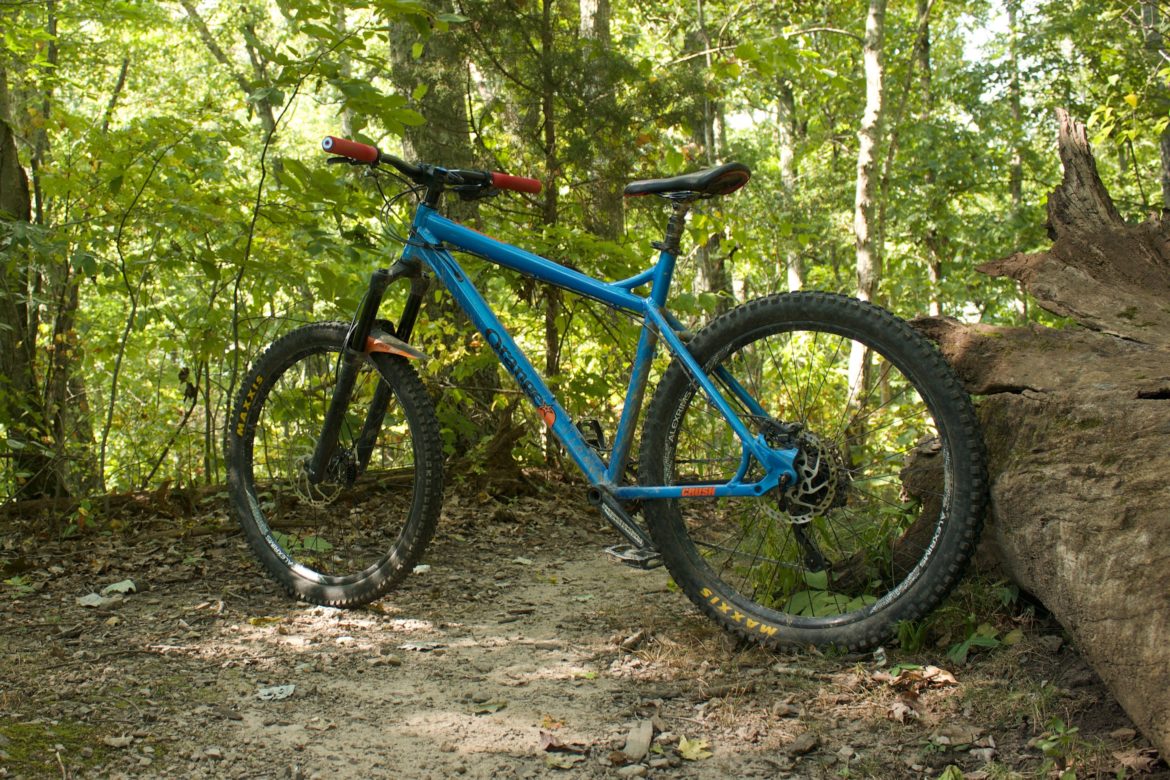 My 2017 Orange Crush. Probably the only Orange bike in Tennessee. Long, slack, aluminum hardtail made for getting rowdy. The picture isn’t quite up to date; now it has Stan’s Flow mk3 wheels, Deity CZ38 handlebars, WTB Vigilante tires front and back, (27.5 x 2.5, tough, high grip) and a 170mm travel Oneup dropper post. It’s more fun than any other bike I’ve ever ridden and has been rock solid on every ride, from xc to the occasional trip to the Windrock Bike Park. It’s very composed on steep and loose terrain, and corners like a dream. I think that the frame is one of the nicest blues I’ve ever seen on a bike, and it looks amazing with the orange accents. It’s been a year and a half since I got it and I still get excited to ride it. It’s battle-scarred, it’s a little heavy on the climbs, and it rattles my bones a bit on the descents, but it’s still kicking after all the crap I’ve put it through, and it has greatly increased my average smiles-per-mile rating.

I don’t think I’ve had any other bike that my skills have progressed on as much as this one. I’ve learned a lot about riding smoothly, a necessity with the rigid rear end, and I’ve ridden more trails that I would have been absolutely petrified on two years ago. It’s amazing how much better each ride is when you’re riding the right bike for you.