It was a wild weekend of racing in the Swiss Alps at Lenzerheide. Track conditions were bone dry which meant tight times for the finals. In the women’s race, Rachel Atherton looked to be back on form after dislocating her shoulder in Fort William. She qualified first, less than a second ahead of Myriam Nicole, winner of the last round. On race day, Myriam was able to find more speed, edging Rachel out by just half a second. She leads Tracey Hannah in the season overall points chase.

On the men’s side, Laurie Greenland was the first rider to finish in under three minutes. He qualified in 13th place, but held strong in the hot seat until his teammate — and current World Champion — Danny Hart bested him by over a second. Soon up was Greg Minnaar, and he bested his qualifying time by five seconds, and took over the hot seat. There were only two riders left at that point with a shot at beating Greg — Troy Brosnan (winner of the previous round) and Aaron Gwin. Troy had an amazing run, coming in just 0.162 seconds behind Greg. As the fastest qualifier, Aaron Gwin was the last man down the hill. Gwin was up on Minnaar through the first four splits, but soon after a flat tire eliminated any possible hopes for a spot on the podium. The win was Minnaar’s 21st and his 75th career podium.

With Gwin’s bad luck, he slips into third overall in the season standings behind Troy Brosnan in second, and Greg Minnaar in first. 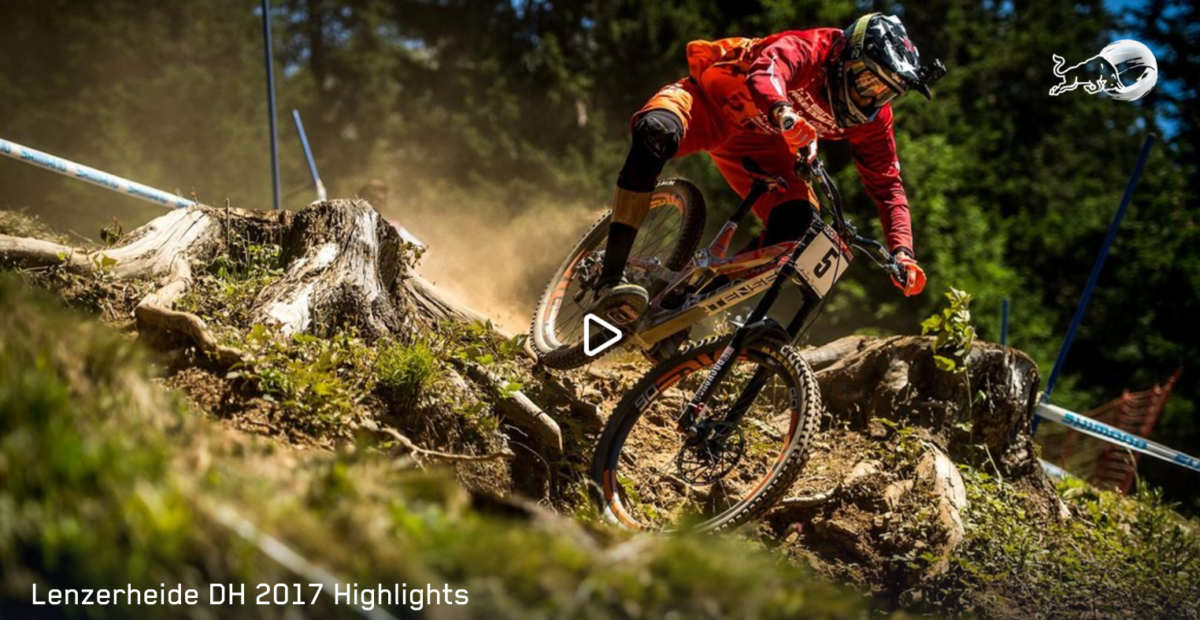 Culture
MTB World Cup 2020: How did it Go and What's...
Mountain Bike Podcast
Our Favorite Trails and MTB Destinations of 2016 [Podcast #83]
Videos
Watch: How To Win a World Cup with Rachel Atherton
Community
Final XC and DH World Cup Races This Weekend at...