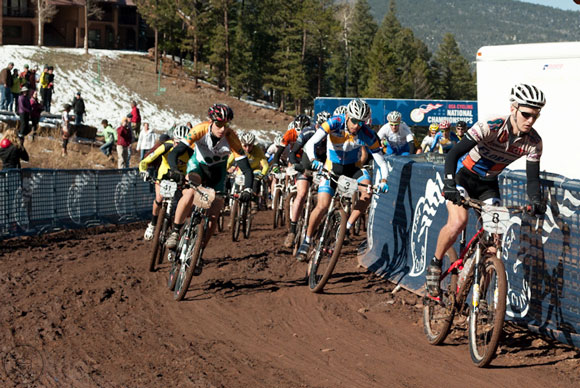 The whole weekend was a mud fest.

This is how Team Floridas premier mountain bike racer Victor Alber sums up the 2011 Collegiate Mountain Bike Championships, which were held in Angel Fire, NM from Oct. 28-30. The town, a popular ski resort destination that boasts elevations of nearly 11,000 ft., was a far stretch from the terrains he normally covers in Florida. The elevation and ice-covered soil posed some challenges but didnt prevent him from posting some very impressive results.

Alber compared the elevation to the restrictor plates used to limit engine power in NASCAR. I could push my legs, but it was only so long until (my) heart rate (went) through the roof. 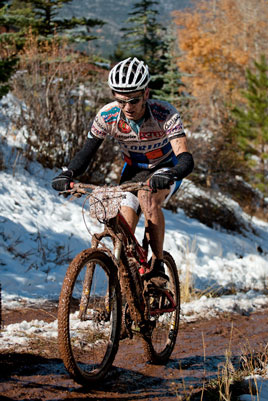 Alber examined the task at hand and barreled forward, earning a seventh-place finish in the cross-country race and ninth place in the short-track event to put the finishing touches on an incredibly impressive 2011 season.

For somebody who reaches the podium in nearly every event he enters, it might seem a little odd to learn that Alber admits to spending nearly all of his time training through road cycling.

You can control your efforts a lot better, and you dont beat up the bicycle.

Despite the tendency to train on the road, Alber will quickly admit that his true passion is mountain bike racing. He began riding seriously at 14, and he found himself competing within a year.

When asked why he prefers mountain biking over road cycling, he said, Its more of an individual sport. You control your own race, and its not just about how strong you are. It actually takes technical ability.

With multi-day races heavily scattered through the year, its pretty remarkable that Alber is able to churn out such dominant performances while balancing training, racing and school.

Its all about time management. School comes first, so I try to get my work out of the way so I have time to ride, he said. I also find that riding helps my ability to get schoolwork done, if that makes sense. Sometimes getting out there and riding can help me clear my mind so that I can get back and focus on my work.

Alber also emphasized the point that mountain biking doesnt always have to be such a serious, stressful event. He said his favorite race of the year was the first race of the season, the ETSU SECCC Dirty South Weekend in Johnson City, TN. With a huge turnout from schools throughout the southeast, the Dirty South Weekend was a great way to start things off.

Its a fun time traveling with a bunch of friends, meeting new people and starting out the season. And it wasnt as stressful [as the National Championships]. 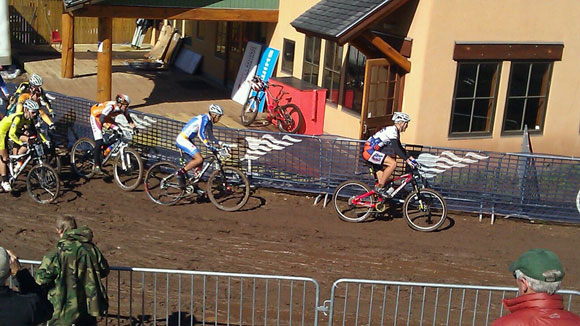 Of course, nobody starts out on topyou have to work your way up there. In Albers opinion, youre never too old or young to start.

My dad started at 40, and that really helped me to start riding. Here in Gainesville we have an awesome cycling community with GCC (Gainesville Cycling Club), Team Florida and all the bike shops. So theres a wide range of skill and ability, and theres a lot of group rides so anyone can go find a group.

Victorfinished4th in theindividualD1 omnium at Nationals and also won the SERC/US Cup East Pro championship this year. Singletracks.com is an official 2012 Team Florida sponsor and we’ll be posting some of their MTB race reports throughout the year.

Hip Hip Hooray for another Floridian!!! Who says we do not have trail here for MTB’s???