80,000 people witnessed a unique urban slopestyle course designed by freeride legend and previous District Ride winner Aaron Chase. The course starts with a drop from Nuremberg’s castle walls and then makes its way through the city center and five different districts that offer varying obstacles for the riders to master and trick off. 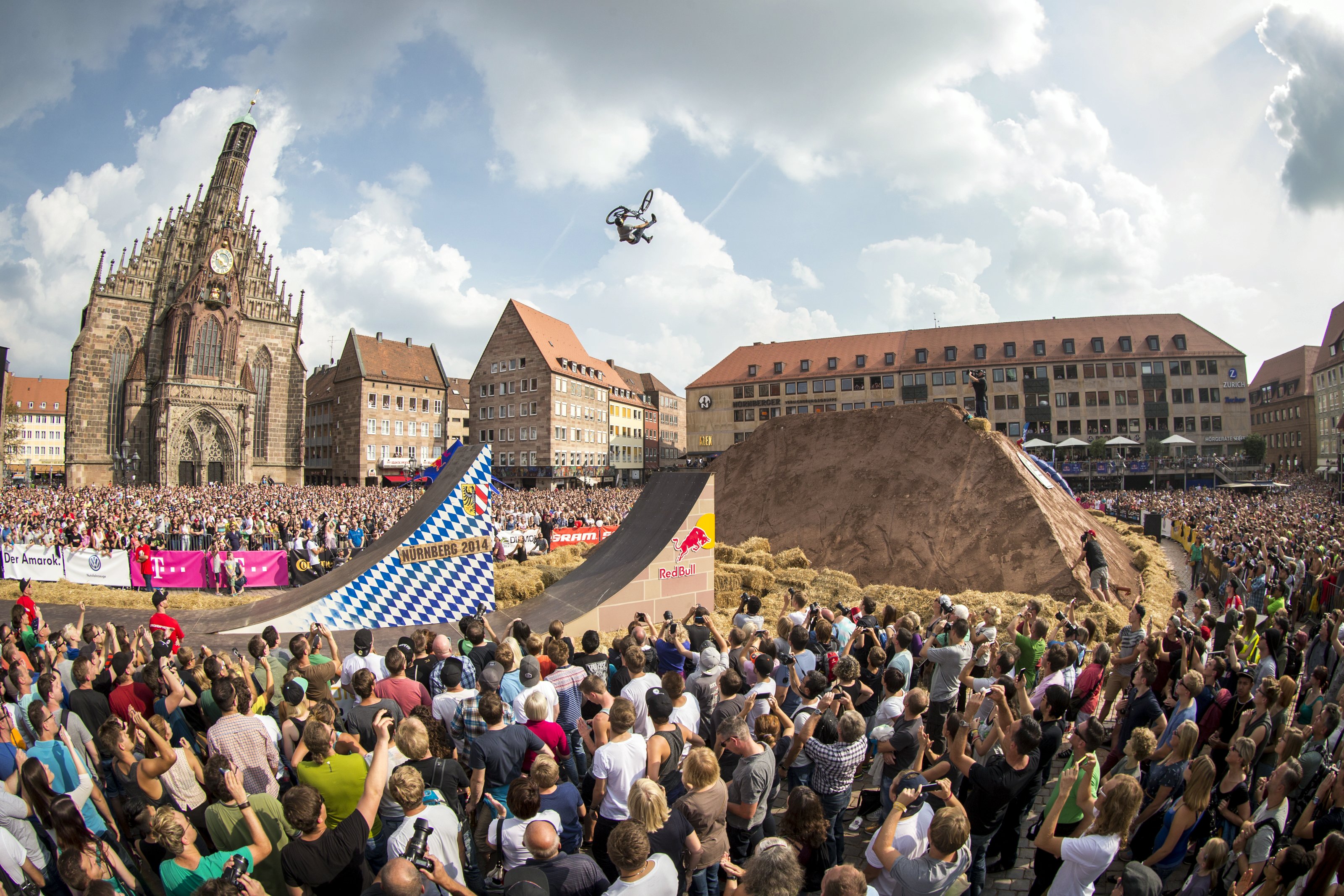