Network
0
ridden
Trail Description
About this trail
It's a 4x4 trail, easily found on Google Maps. There are some marked and some unmarked trails that diverge from this trail, but I've yet to explore those. There is just over 300 ft of overall change along the trail. The climb up from the horse ranch is about 1.1 miles, gaining over 300 ft, mostly standard double track with some minor rocky sections. There is a steep, deeply rutted descent into a valley, about 180 ft over .4 miles, with an optional route that looked climbable if going the other direction. The descent going west would not be easily climbed in the eastern direction, probably hike-a-bike, maybe not even that if muddy. The climb continuing west along my route regains all of the 180 ft of elevation in a little more than .4 miles, but it was much smoother than the descent. After the climb is a fast descent down a winding dirt road with some random ruts and water bars. I hit 28mph on my first run down this hill, and almost ate the dirt a few times. The trail ends at Rio Blanco County Rd 131. Take a right and follow the dirt road all the way back to Route 64 and the Rangely bike path.
added by natalia 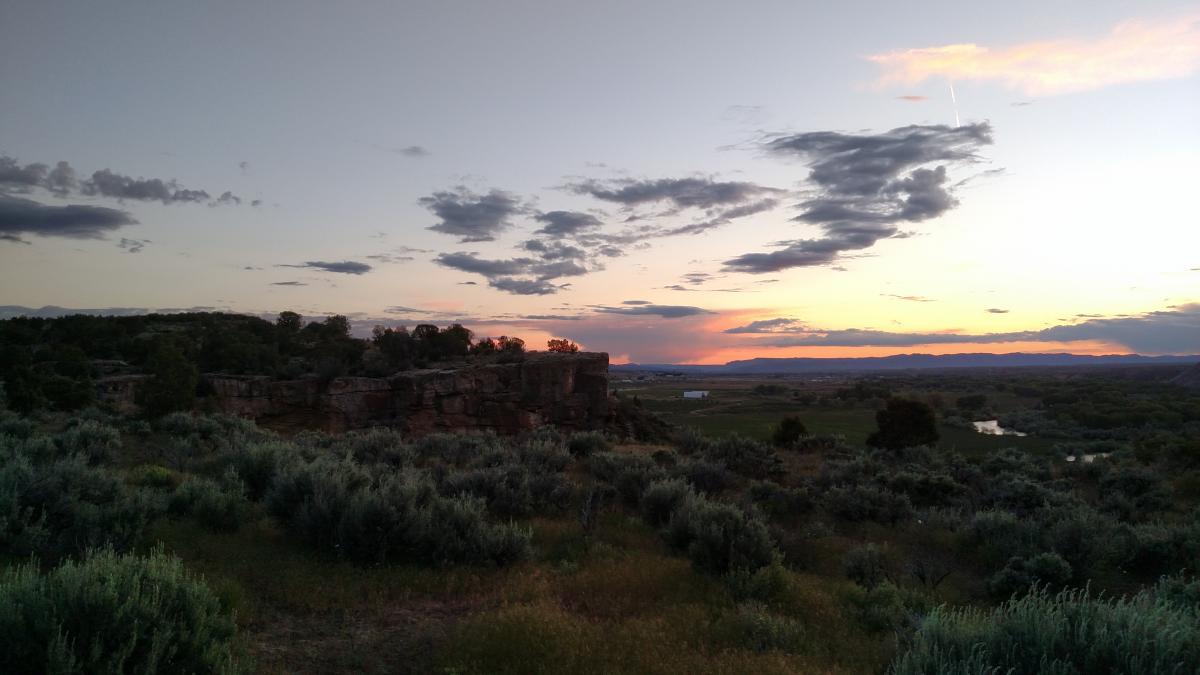