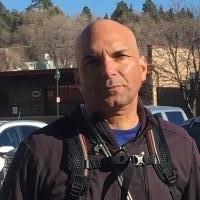 Review: Snow covered , some areas with minimal hiker foot packing it down

Review: Variable and wet conditions due to early snow fall melt . Mud sections where numerous hikers of passed through

Review: Dry conditions , fallen trees have been cleared from across sections of trail.
Tall grasses have been trimmed back from the trail sides . Must be putting the expensive parking costs to work finally

Review: it appears that the money now charged by the province for parking is not going towards trail maintenance . Many of the old trail areas close to closed parking lots are now less traveled and becoming over grown . The number of down trees across trails is a disgrace making it necessary to lift the bike over numerous times . Trail conditions are currently hard packed dirt with mud in runoff areas

Review: Muddy in areas where hikers have plowed up the paths. Other side of the Thames also has winding rivers edge trails with lots of sand

Review: Deep snow throughout but a loop has been created by snow shoes 14" and packed down by hikers

Review: Upon going through north side parking into grass, we found some trails we were riding when we encountered the park manager. Were told we were on a hiking only trail. He pointed us to getting on bike trails at the south side and to see map. The map shows red, blue and yellow bike trails. The yellow and blue ones looked lame at their entrances so we skipped and pursued the red trail which looked to be the biggest by far. Only, to spite riding the entire way around the park, finding a few mini-trails and being where the map said many times, no red trail was ever really found!! In other words, Komoka was a bust. Hope to hear where we may have gone wrong.

Review: Lots of climbing available, appears the pay for parking money has not been put to any use doing a spring clean up of fallen trees and washout areas but still a great area to ride

Review: This is an awesome park! The best parts to bike are on the hiking trails so make sure to go when it is less bussy to get the full experiance. It has a nice range of different terrains from hard packed fast trails going through the grasslands to root covered steep hills in the woods. There are even rock beds and small boardwalks. As for the parking I havent been there since last year w weeks before they renovated it so I cant wait to see what improvements they have done.

Review: Great winding path and network along Thames river, well hiked area on Sundays and holidays so not the best days to go. Segmented portions on Strava.
Newly installed pay and display parking $2.50/hr another way to gouge us for fresh air on farm land , no parking signs line roads all around- bike in from outside the area. Still a good place for an after work rip around.