Loop
Trail Description
About this trail
About six miles of well maintained tight and twisty singletrack. Makes good use of the terrain, getting the most of the hills in the park. Also a number of wooden bridges across low lying areas. The trail loop can be ridden in either direction.
added by Zoo1424 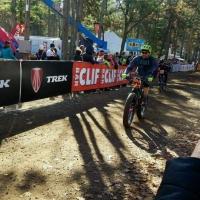 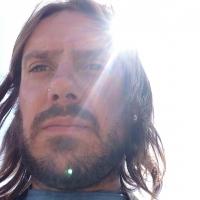 Review: I thought I liked technical trails until I rode this one. Now I realize I really don't. You may not feel the same as I do and that's great. I like fast hard pack trails with a technical obstacle now and then. This could be labeled an "anti flow" trail. It's like everything is conspiring against you to interrupt your rhythm. If you like motorcycle trials you would like this trail. Don't even think about going with clipless pedals. That was my biggest mistake. I might have enjoyed the challenge had I not had to clip out and in about 15 different times in 3 miles. Lots of branches in the trail and a few down trees that could not be negotiated without getting off to haul your bike over or under. It's deep woods so I would imagine that adds to the difficulty of maintenance, but it felt like very little had been done in a while regardless. A lot like riding a deer trail through the woods. Am I on the trail or not? Must be pretty low traffic. There are some cool bridges. Some with a sadistic flavor. One had a few feet of bridge then a big log that is a bit wobbly, then a few more feet of bridge. Another was like a foot or foot and a half wide, quite long, and a foot or 2 off the ground. Not wide enough to get off your bike and stand. So either you make it or you crash hard. Which would be fine, but there's about a 45 degree turn at the end that I did not feel I could safely make. That was the point I realized I wasn't actually having fun. Bailed out on a wide trail and called it good knowing I was going to be in to work instead of the hospital. Don't get me wrong, there is definitely a class of rider this trail would appeal to. In fact this place is probably a little slice of heaven for people that like to go slow and make an art out of maneuvering their bike. If you're not one of those though I dissuade you from riding this trail.

Review: this could be a 3 star rating with some trail maintenance but beyond that the trail design leaves much to be desired. I get the feeling that it's not ridden much nor by very many people.

Adequate signage and well marked with maps but badly overgrown. in many places including the trailhead, it was difficult to know where the trail even was. covered with leaves and pine needles in many areas, deadfall, branches, face-slappers aplenty. bridges were all in good shape but the growth was a bit much and the trail lacked "flow" with many corners too tight for modern bars.

if you like the sort of trail where you can't go fast and is super rooty and stupid twisty you'd like this one. I don't. it's the first time I've deliberately cut my ride short (had it been dryer, I probably would've stuck it out). Hit the two- track between posts 7 and 10 which was actually the most enjoyable part of the ride.

The two track was good for riding but the singletrack was meh.  only reason I ended up here is because MMCC was hosting a tri race and I'd already driven all the way from Evart/Marion and it was the next closest trail. I would not ride again, especially if MMCC was open.

Review: Good beginner trail. A bit slow and technical, but there are enough fast sections and obstacles to keep things interesting.

Review: There is a trail, and you can ride a mountain bike on it. This could be a decent trail, but it is in need of some serious care. Bridges are missing boards with nail heads exposed. Many areas where saplings are growing in what I believe is supposed to be the trail. There were a couple of spots where it was hard to tell where the trail kept going. It was hard to tell where the trail was heading, so I never wanted to fly down any descents. Also, I think that the trail designer must think that adding lots of next to impossible turns somehow makes it a "technical ride". Do yourself a favor drive 12 more miles to MMCC campus trails.

Review: Thank you to the people who maintain this trail. I wasn't very impressed with this trail. There were a couple fun spots but I don't think just because it's SUPER rooty that means technical. Some spots were too narrow to pass with a normal set of handlebars. There was a bridge with a log linking the two sides which was solid.

It wasn't a great place and I'll try it again if I'm in the area but I wouldn't drive more then 30 minutes with Mid Michigan Com College down the road.

Review: Just got back from the ride and all I can say is heed the warning about not riding when wet. Most of the course is fine but the bridges are dangerous. The bike and I went sliding off one and after that I just avoided them all together. Overall a fun course and I much different from my home course at Island Lake State Park. Going to come back in the summer and do it again.

Review: Although there's only 6 miles of trails here it's definitely worth checking out. It's by far the most technical trail in the area.

There are essentially two sections of trail here. The high ground which is fast and flowy while the lower section is slow and techy with quite a few bridges.